12 Things You Didn’t Know About Scotland 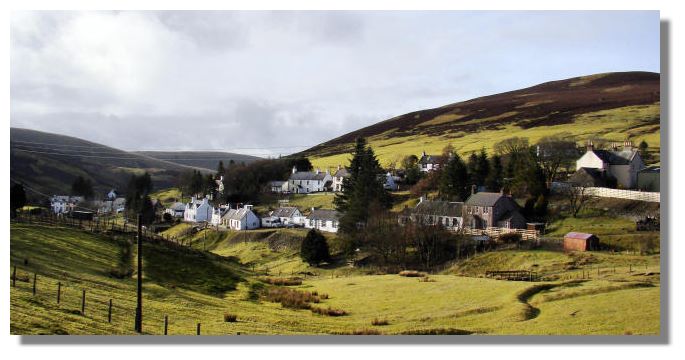 The shortest place-name in Britain
…is Ae, a small village which lies near a tributary of the River Annan. Scotland also has places called Dallas, California, Houston, Lamancha, Patna, Moscow, Bolton, Towie and even Lost (which is in Aberdeenshire). The one with the most unpronounceable name is probably the tiny village of Achluachrach near Invergarry, and in 2012 to the great delight of headline writers it was announced that Dull (in Perthshire) was twinning with Boring which is in Oregon.

The only place in Britain motorists can roll uphill
…is a logic-defying stretch of the A719 in Ayrshire. Sadly it’s only an optical illustion – something to do with the configuration of the surrounding landscape – but for a long time the cause was assumed to be something mysterious and magnetic, hence its local nickname of ‘Electric Brae’, from the Scottish for hill.

Scotland’s highest village
…ought to be in the Highlands. In fact at 1,380 feet, the settlement of Wanlockhead is to be found in the Lowther Hills in Dumfries and Galloway.

The world’s oldest post office
…recently celebrated its 300th birthday. Sanquhar in Dumfriesshire predates rivals in Chile and Sweden by decades, and beat the beginnings of a uniform penny post service in this country by well over a century.

Scotland’s rarest fungus
…was found at Edinburgh’s famous Craiglockhart military hospital, the celebrated meeting place of Great War poets Wilfred Owen and Siegfried Sassoon. Scientists believe that Clavulinopsis cinereoides, which is found nowhere else in the United Kingdom, travelled here from the trenches on the boots of soldiers brought for treatment.

Scotland’s ugliest woman
…is commemorated by a statue at Galashiels in the Borders. Muckle Mou’d Meg was the daughter of 17th-century nobleman, Sir Gideon Murray, the King’s Treasurer. Unable to marry her off, he offered her to a convicted cattle rustler who said she was so ugly he’d rather hang for his crimes. He nearly did but changed his mind on seeing the gallows and despite her hideous countenance, the two are said to have enjoyed a long and happy marriage.

The world’s shortest airline route
…is the 1.5 mile flight from Westray to Papa Westray in the Orkneys which typically takes  just one minute and 14 seconds to complete.

The world’s largest model of RMS Titanic
…is in Inverness. The town has no formal connection with the tragic sinking except that a local unemployed man spent more than a decade building the 100-foot replica.
The world’s tallest hedge
…is near Meikleour on the A93 Perth-Blairgowrie road. Working on an estate owned by the Marquess of Lansdowne, Robert Murray-Nairne, one of the fallen of Culloden, planted a hedge in 1745 using of beech saplings. More than 1,700 feet in length it is not more than 100 foot high.

Scotland’s only lake
….is the Lake of Menteith near Aberfoyle, or rather it would be were it not merely the result of a cartographer’s mistake. The name actually comes from ‘laich’, meaning a low-lying area.

The shortest street in the British Isles
….is Ebenezer Place in Wick, Caithness. At just 6’ 9” long and completed in 1887 it contains only one address, at No.1, which is the door to a restaurant which forms part of a hotel in an adjacent street.

The world’s latest Christmas lunch
Finally, if you fancy a second helping, islanders on Foula still celebrate Christmas according to the old Julian calendar so that Christmas Day is 6 January and New Year’s Eve falls on 12 January.

The Best Place to Buy Tartan Plaid Scarves
Look for our scarves that will keep you warm and in fashion year round. They are luxury accessories made from wool, silk, and cashmere.