A Brief History of Whisky and Whiskey 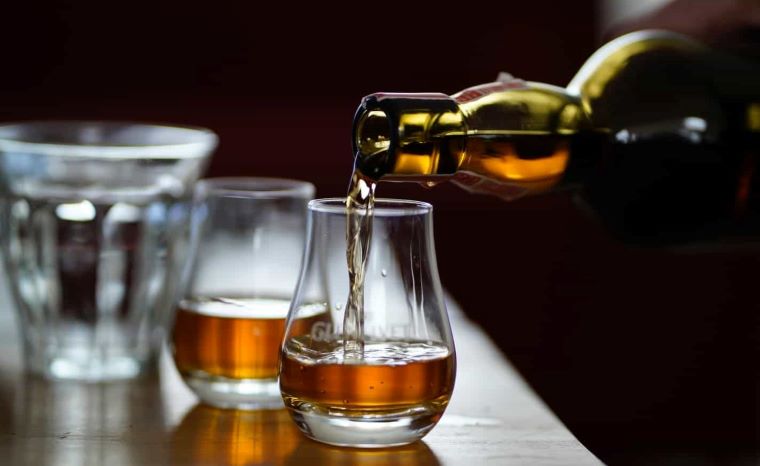 The exact origins of whisky and whiskey – combining a cooked grain mash with yeast, distilling it to spirit form and ageing it to palatable perfection – may never be known. It is not certain whether the Irish, Scots or another people were the first to distill the “water of life,” hence our timeline will reveal some clashing dates at times. What is certain is that both Ireland and Scotland became masters of the craft and trade, and pioneers for future distillers in Canada, the United States and beyond. Their industries also triumphed over numerous adversities from severe taxation, prohibition and war, to struggling over the meaning of whisky.

Varied theories describe how the technology of distillation travelled from Egypt to Europe:

432 —Saint Patrick went to Ireland where he not only introduced Christianity, but also distillation.

5th century — Some recount that the 5th century Huns were the first to make whisky.

600 or 700 — Others describe how Irish monks returned home from travelling around the Middle East where they learned how to distil perfumes. Back home the technology was adapted to create whisky or “uisce beatha,” the Irish Gaelic for “water of life.” (The Scots also called whisky “water of life,” or “uisge beatha” in Scottish Gaelic.)

Some historical records state that whisky-making did not occur in the British Isles until the 11th century or even later. During this period monasteries were the main sites where the alcoholic spirit was produced. 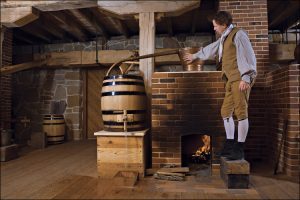 1405 — The Annals of Clonmasnoise contains the first written record of whisky. It describes a Christmas in Ireland when the chieftain of Moyntyreolas died from drinking an excessive amount of “aqua vitae,” Latin for “water of vitality.”

1494 — The first written account describing whisky production is credited to The Exchequer Rolls of Scotland, where a 1494 listing read, “Eight bolls of malt to Friar John Cor wherewith to make aquavitae.” Kevin R. Rosar, author of Whiskey: A Global History, stated in a Library Congress presentation that Scotland “gets the prize” as being the first to distil whisky.

1506 — King James IV of Scotland, having a great fondness for whisky, purchased a large volume from the Guild of Surgeon Barbers in Dundee, which had been granted the whisky production monopoly the previous year.

1541 — Queen Elizabeth I was a fan specifically of Irish whisky, and ordered large quantities to be delivered to her court.

1608 — Bushmills Distillery in Co. Antrim in Northern Ireland was granted a distilling licence, although it is believed whisky had been produced there for several hundred years prior. Today, Bushmills is known as the world’s oldest licensed whiskey distillery.

1644 & 1661 — Whisky production was so widespread, a tax on the “water of life” was imposed in Scotland in 1644 and Ireland in 1661. Both scenarios gave rise to a flurry of illegal whisky production.

1707 — The Acts of Union merging England and Scotland resulted in a series of tax hikes on whisky distillation in Scotland. This increased the number of underground distillers, as well as their cunning methods to outsmart the excisemen. For example, some distilled at night giving rise to the term “moonshine.”

1775  — Glenturret, known as Scotland’s oldest whisky distillery and for its Famous Grouse, was formally established in 1775. Prior to its official founding, it is said the “Hosh” was run by illicit distillers.

1780 — John Jameson & Son (Jameson Irish Whiskey) acquired the distillery on Bow Street in Dublin. By the end of the 18th century, Ireland, with approximately 1,100 licensed distilleries and 8,000 or so illegal operations, supplied the majority of the world’s whisky consumption. 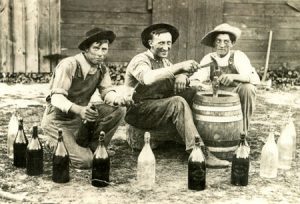 1823 — The Excise Act was passed in the UK which made it financially reasonable to legally distil whisky. In 1824, the Glenlivet Distillery became Scotland’s first distillery licensed under the Excise Act.

1826 — Scots distiller Robert Stein invented the continuous still, also called the column still, inspired by Sir Anthony Perrier of Cork’s invention. As its name suggests, it allowed for continuous distillation which revolutionised the whisky industry. Aeneas Coffey, a former exciseman from Ireland, ironically enhanced the design to create the Coffey still. It was actually embraced much faster in Scotland than Ireland.

1879 — Four Dublin distillers published a book called Truths About Whisky because of their disdain for the Scottish practice of blending whiskies and embracing the new Coffey Still. To differentiate their products from Scotland’s, Irish distillers began using the spelling “whiskey” with an “e.”

1880s — When the French brandy industry was devastated by the phylloxera pest infestation, whisky became the primary liquor of choice for many consumers.

1909 — The Royal Commission on Whisky and other Potable Spirits declared that blended whiskies made from patent or Coffey stills were true whiskies provided they were aged appropriately.

1948 — Ireland’s whiskey industry was severely affected by the Commission’s ruling, the US Prohibition and World War II. So by 1948, there were only six distilleries in Northern Ireland and the Republic of Ireland combined, compared to more than 160 distilleries representing 400 brands during the previous century.

Present day — Both Scottish and Irish whisky/whiskey brands are strong household names today. The Scottish government determined whisky exports rose from £2.3 billion in 2002 to £5.3 billion in 2017. And Irish whiskey is entering a new golden age. In November 2017, The Irish Times reported that consumers bought 6.5 million cases of whiskey in 2016 compared to four million cases in 2006.