A History of Guinness 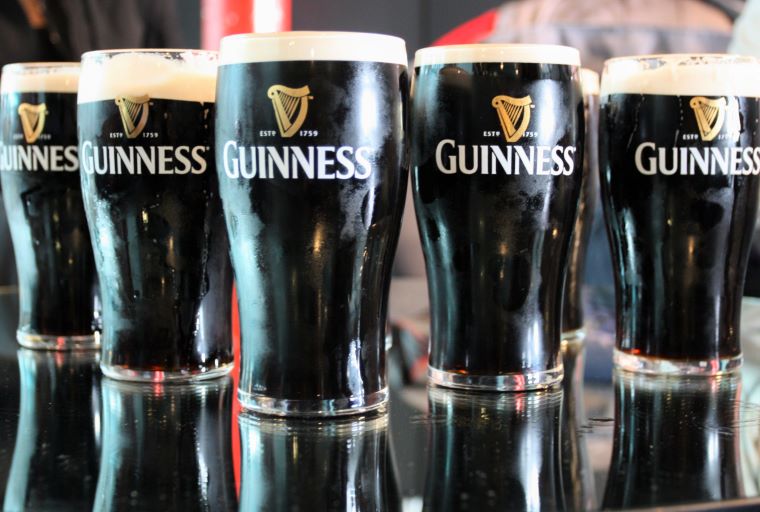 Guinness was founded in Dublin in 1759. It was first brewed by Arthur Guinness in a disused brewery which he leased for 9,000 years at the rate of £45 per annum. Arthur started by brewing Dublin ale, but soon diversified into ‘porter’ – so-called because of its popularity with market porters. This was a fairly new beer, characterized by its dark colour acquired through the roasted barley used in its brewing process.

Within 10 years, Guinness Extra Strong Porter was being exported to England. It became known as Guinness Stout as a strong porter was known as a stout porter. By the nineteenth century, Guinness focused its brewing activities on stout alone.

Expansion into foreign markets was spearheaded under the guidance of Arthur’s three sons who succeeded him in the family business. Arthur Guinness II insisted that only materials of the highest caliber could be used to produce the stronger, longer-lasting beer for which Guinness became famous.

His stringency paid dividends. In 1823, Guinness produced 30,000 barrels of stout, this had increased to 1 million barrels by 1882. By 1883, the St James’s Gate Guinness brewery was the largest in Ireland, accommodating ever growing production capacity to meet demand. In between times, the O’Neill harp and Arthur Guinness’ signature was introduced as a trademark label in 1862. 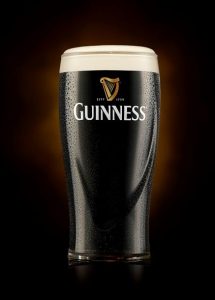 By the close of the century, the Guinness brewery was the largest in the world, and the company, Arthur Guinness and Sons, was floated on the London Stock Exchange. The Guinness brand was pushed into markets as far afield as America, Australia, the Far East and Africa, in addition to its strong showing on the continent.

Product development was a crucial force in the strengthening of the Guinness brand. At the start of the twentieth century, Guinness opened analytical and research laboratories in Dublin – the forerunners of the Guinness Research Centre. Guinness was widely recognized as a brewery committed to research which employed science graduates as brewers.

From the end of the 1920s onwards, Guinness moved into advertising, with the placing of adverts in the press and the roll-out of a poster campaign. In accordance with an increase in demand for the Guinness product, a new brewery was established at Park Royal, London in 1936, which became Arthur Guinness Sons & Co (Park Royal) in 1952.

Five years earlier, Guinness Exports Limited (GEL) had been formed to oversee the company’s extensive export trade and in 1963, Guinness Overseas Limited was established to mastermind the opening of Guinness breweries abroad in Nigeria, Malaysia, Cameroon and Ghana.

Following the formation of the HARP Lager Company and the introduction of HARP lager in Ireland and Britain, the Guinness-Harp Corporation was established in the USA in 1964, which became the Guinness Import Company in 1985. The pinnacle of Guinness’ extensive research came in the form of Draught Guinness in cans, launched in the UK in 1989 which, with the inclusion of the award-winning Guinness widget, typified the company’s pioneering approach to improving technology and replicating the taste of Draught Guinness in a can.