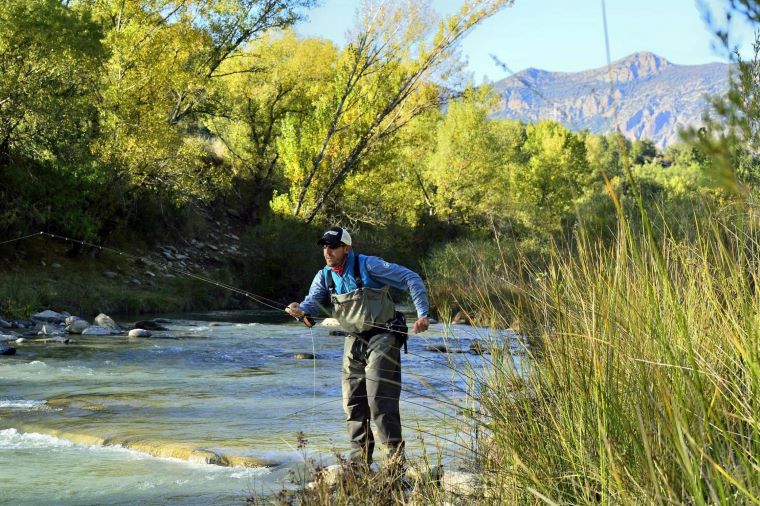 Given the chance to create Utopia I would start, like any game fisherman, by making the perfect river for trout and salmon.

Cool, clear water would gush from snow-capped mountains, tumble in torrents through rocky gorges, then slide serenely through wildflower meadows. It would be stuffed with fish hungry for my flies.

Optional extras would include a perfect climate, fabulous food and fine wine, and a comfortable fishing pub with a knowledgeable and helpful landlord.

Then I would wake up, cursing that it could not possibly be true. But it is a reality. I know, because I have been there; the Celtic corner of northwest Spain – glorious Galicia, known as The Land of a Thousand Rivers, and Asturias, a veritable fishing Valhalla.

But even Paradise is not bereft of problems; the fishing in Spain is governed by a myriad of rules. Just obtaining a proper permit can be a nightmare; first, you must visit a government office to get the licence, before going to a bank to pay for it, then returning to the first office to finish the procedure. To date, I have done it four times.

Thankfully, there are now a number of guide services – including the wonderfully titled Gourmet Fly – which take care of these little inconveniences, along with booking hotels, suggesting meals, and providing the right fishing tackle.

These services are particularly useful for a first trip, as first glances of government literature can be confusing. One year, English pamphlets read “Trout from the first Sunday in March to the 15th of August.” The locally issued Spanish leaflet countered with “No trout fishing until May 11.” The truth was that you could fish the river Narcea for trout from April onwards, providing it was by spinning a dead minnow. 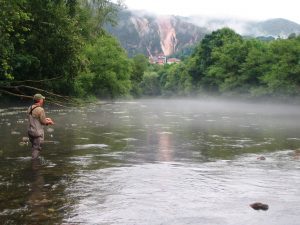 The Narcea is a prime salmon river and the ban on fly fishing until May protects the just-hatched salmon.

It is a legacy of Franco, a passionate salmon angler himself, that entire rivers can be rested so as to stay pristine and host larger fish. Angling is restricted on some river sections known as “cotos” – signposted as “Coto de Pesca” – to ensure they are not over fished. Only three anglers a day are allowed, allocated by a local “sorteo” or lottery.

The crucial question for a visiting sportsman is how to fish. The best answer is to adopt local methods.

Area residents use artificial flies, but unlike our single dry fly, they attach five to a plastic sphere called a “boya” or “buldo” – from the French “bulled’eau”, meaning “water bubble.”

Like Galicia, rivers in the neighbouring province of Asturia are idyllic, the stuff of dreams.

There is a good spring run of salmon, sparklingly clean 55-centimetre fish that average 12lbs. Trout are smaller at 25-centimetres on average, while their sea-faring cousins are usually closer to 35-centimetres.

On one of my first trips there I stayed at La Fuente Inn at Cornellana, near Oviedo. The fishing was superb and incredibly affordable. Nobody ever did as well as the hotel’s landlady, however, who would appear before each breakfast with a freshly caught basket full of trout.

She never did divulge her angling secrets, nor did she tell me about a quaint local – and potentially lethal – custom. I had waded thigh-deep into the middle of a nearby river when, suddenly, a handful of locals began screaming frantically “Abre Embalse!!!” Apparently, a huge dam had been opened upstream and the water was rising fast. I waddled in my waders as quickly as I could back to shore.

In nearby Llanes, owner of the Montemar hotel Jose Alberto Concha took me to fish a river high-up in the Picos de Europa Mountains. After a white-knuckle drive – we were often just inches from dropping of hundreds of feet down the cliff side – we arrived in Campo de Caso, where the river Nalon winds its way through gorges and, in one case, actually weaves through the inside of mountain. 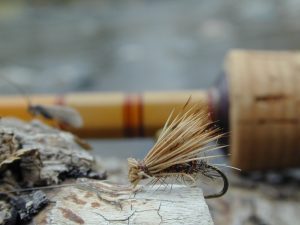 Southwest from there, the place to go is up the 100-odd hairpin turns to the river Najerilla. At first, white water crashes down the crags, then glides through the rocks, surging through the limestone walls of a gorge, urgently seeking the plain. Thirty kilometres downstream it reaches the Rioja wine capital, Logrono.

It was in Logrono that I met the river’s saviour, 70-year-old Theodore Sabras, who – after 25 years of dogged determination and diplomacy – had saved the waterway so it could be enjoyed by avid fishermen from around the world.

“I wanted to create a brotherhood of fishermen, people who think as I do. Those who care for rivers will always be welcome here.”

For centuries the valley’s trout had been fished ruthlessly by the locals. The fish were a lifeline, a larder to be abused. When hotels in Logrono demanded more trout for a growing number of hungry tourists, poaching became a way of life. Sabras foresaw the future, disgusted by the vision. “I had to repay nature for the favours she has showered on us,” he explained. “She gave us such beauty. We could not just throw it away.”

So, using his influence as president the local fishing society, the organization was awarded a ten-year contract to manage just over 13 miles of river in the valley on behalf of the State.

Today the river is flourishing, though the fishing is, admittedly, quite challenging; early activity means you need to be out on the water by 7 a.m., before the sun rises into the valley. Following a brief flurry of flies that gets the fish feeding around lunchtime, an afternoon siesta after a glass or three of Rioja is recommended. There is little point in trying your luck again until early evening, when you can cast your lines until dark. By then, you will have worked up a proper appetite for a four or five course dinner around 10.30 p.m.

Not that much further on is the river Irati, which flows down from the Pyrenees to Pamplona and was a favourite haunt of Ernest Hemingway. The nearby Cafe Iruna still serves up the great American writer’s favourite dish, trout bleu. 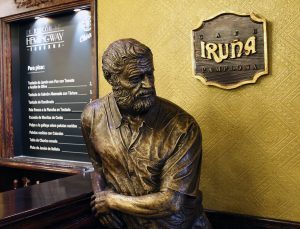 Hemingway fished the river with a worm, but locals employ a metal spinner. Using an artificial fly on the end of my line, I found it a huge challenge as the river is rapid and the fish even quicker.

Back in Asturias and Galicia, though the main season finishes at the end of August, fishing is allowed through September so long as the catch is not taken home. This is called “sin muerte” or “without death.” This time of year is ideal for tourists and travellers, as the rivers are barely used at all by locals. Unfortunately, poachers still work the waters through the autumn.

My trip proved to be a reconnaissance mission of sorts, and I am already planning another trip. Spain, especially the northwest Celtic corner of Galicia and Asturias, is an angler’s paradise.