If asked to name a martial art, most of us would probably fall back one of the popular eastern styles, like Karate or Taekwondo. Or perhaps the more esoteric forms of Brazilian Jujitsu or Judo.

The Celtic people have a traditional martial art of their own, too – although it is not surprising to its practitioners when someone hasn’t heard of it.

Glen Doyle is trained in the art of bataireacht, or Irish stick-fighting. Knowledge of this particular set of skills was, for generations, the exclusive domain of those in the Doyle clan.

“If you didn’t have the surname ‘Doyle,’ you didn’t learn it – my dad was really strict on that,” he shares over the phone from his home in Ontario. “I teach what my dad taught me – it is a family tradition, passed on from my dad to me, and my dad learned it from my granddad, who learned from my great granddad, etc… we are five or six generations here in Canada.” 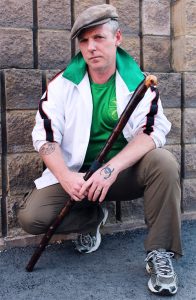 Doyle’s training began in 1972, at the age of seven. His father, Gregory Doyle, was a boxer and a veteran with the Canadian Armed Forces, who often said stick-fighting saved his life during the Korean War on more than one occasion. It is not surprising that Gregory and his four brothers were all soldiers, according to Doyle – Irish stick fighting evolved from techniques that their ancestors perfected in combat.

“The stick fighting that I was taught was born on a battlefield. If a technique didn’t work, you had your head bashed in. The techniques that did work during the faction fights were the ones that got passed on.”

Doyle is the first in his lineage to teach the Doyle stick-fighting style outside of the family. He only does so because he convinced his father, who passed away in 1998, to let him share the tradition, lest the form end with him.

“I was his only son,” notes Doyle, who was itching to share his experience with others. “I said to him, ‘Dad, if I’m walking across the street one day and I get hit by a car, the system is done.’”

But Doyle is careful to teach to the letter of tradition, even though it limits his ability to expand the style into an actual sport.

“If you want to be a successful martial arts businessman, and you want your stick system out there, you’re going to have to contemporize.”

“I had to make the choice; do I keep the integrity of our system, or do I try to modernize it, open it up, or try to get it expanded at the cost of lineage and technique. I didn’t want to do that, because it wouldn’t be the way to honour my dad’s memory.”

Doyle’s isn’t the only stick-fighting style out there, though. Other forms have been passed down through generations. Some are similarly guarded with their family skills, while the keepers of others are doing their best to get more sticks in hands, knowing full-well that it means modernizing the art.

“What we do is ‘in the style of’ – not the father-to-son style that I claim was passed down to me,” says Roger Stone, the founder of the Celtic Stick-Fighting Society in Halifax, Nova Scotia. 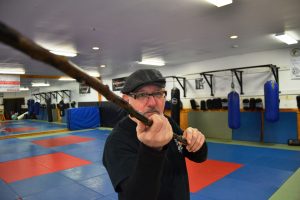 Stone teaches a year-long, multi-discipline course, which includes Irish stick-fighting skills. He has contemporized some of the traditional techniques in order to make them more accessible and useful to a modern practitioner.

“If you do a style that was from 1820, how’s that going to help you in a phone booth? You’ve got to modify your stuff as time goes on.”

While Doyle still teaches the traditional style passed down along his bloodline, he has made peace with the fact that teaching outside the family means that it will be merged with other forms.

“Trying to keep the system from being integrated with other systems is impossible,” he acknowledges, likening the world of modern martial arts to a salad bar, where people mix the techniques they like together. “If you are going to put the style out there, it is going to get adapted into other things. The identity still remains – it is just being blended.”

“I have basically done what I wanted to do with it – the style will survive.”

« Previous post
AUGUST 2018 ~ NOW ON SALE!
Next post »
Kelty and Me and a Brief History of the West Highland White Terrier