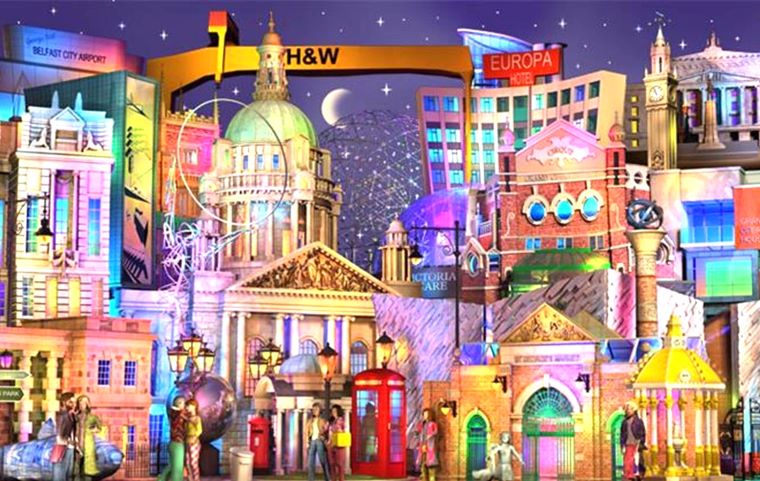 Belfast has changed enormously in recent years, becoming one of the most visited cities in the UK, and second most visited on the island of Ireland. Belfast (Beal Feirste) is the capital of, and the largest city in Northern Ireland. The Name Belfast originates from the Gaelic “Beal Feirste’ which means ‘mouth of the river’. Belfast may be a small city but tourists won’t be stuck for anything to do as there is plenty to explore, including the fascinating Titanic Quarter, Ulster Museum, Belfast city hall and shopping at the fabulous Victoria Square shopping centre.

Belfast City Hall
Belfast City Hall is a stunning masterpiece of Portland stone, set in an attractive public lawn. It is the civic building of Belfast City Council and it first opened its doors in 1906. The magnificent building remains one of the of the most important examples of the Classical Renaissance style anywhere in the British Isles. Free public tours of City Hall are available Monday to Saturday. Led by an experienced guide, they last around one hour and uncover the history of Belfast City Hall, while exploring some of its finest features.

Titanic Quarter
Titanic quarter is one of the world’s largest urban-waterfront regeneration. Here you can relive the Titanic story at the world’s largest Titanic visitor experience, Titanic Quarter, Belfast. Only in Belfast City can you trace the Titanic story to its source, discover the passion and pride of those who designed and built her and relive the excitement of the Titanic era when the city was at the height of its powers. Take a luxury tour of all Titanic’s key sites, which is conducted by broadcaster and journalist Susie Millar. Millar is the great-granddaughter of Thomas Millar, who worked in Harland & Wolff on the construction of Titanic and then sailed aboard the ship as an engineer on the fateful maiden voyage to New York in April 1912.

Waterfront Hall
Waterfront hall is an award-winning, purpose-built conference, arts and entertainment centre offering a variety of facilities, hosting events and exhibitions. The hall is a key venue for the Belfast Festival at Queen’s and for concerts given by the Ulster Orchestra. Belfast Waterfront is now one of the world’s leading conference centers and is a top destination for national and international performers. For more information on the latest exhibitions and upcoming events, visit the website.

Ulster Museum
Come face to face with dinosaurs, meet an Egyptian Mummy and see modern masterpieces with a visit to the Ulster Museum. As Northern Ireland’s treasure house of the past and present, the museum is home to a rich collection of art, history and natural sciences and free to all visitors. From Ireland to the South Pacific, ancient relics to hands on activities, the museum offers something for everyone. You can join one of their free tours which gives you an overview of the museums history and redevelopment.

Victoria Square Shopping Centre
Costing $641 million (£400m) to build Victoria Square is the largest and one of the most expensive property developments ever undertaken in Northern Ireland. The dazzling glass dome is also a viewing gallery where you can look across the Belfast rooftops, scenery and over at the Belfast Wheel. The bright new shopping centre has over 39 retailers. 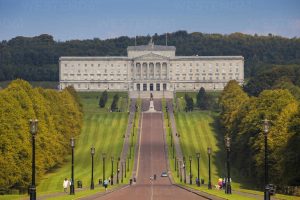 Odyssey Arena
Since opening in 2000 the arena has hosted some of the most famous bands and artists from around the world, and it is also home to the Belfast Giants. The Odyssey Arena is easily accessible to all people and is superbly located in the heart of the city, close to three motorways, five minutes from the nearest airport and 15 minutes walk from Central station.

St. Georges Market
St. Georges Market is one of Belfast’s oldest attractions and one of the best markets in the UK and Ireland. It has been voted for numerous local and national titles and awards for its fresh, local produce and great atmosphere. The Friday Variety Market, on the St George’s Market site, dates back to 1604. The fish section alone contains 23 fish stalls and holds the reputation for being the leading retail fish market on the island of Ireland. The Saturday Market has a fusion of tempting specialty foods from around the world as well as handmade crafts, flowers, plants and local artwork. The Sunday Market has a special emphasis on local arts and crafts, offering more local craftspeople the opportunity to show off their talents. Live music from top local bands and solo artists also ensures that visitors are kept entertained on Saturdays and Sundays.

Belfast Castle
Belfast Castle estate is situated on the lower slopes of Cave Hill County Park in the North of Belfast. The castle offers stunning views over Belfast city and is also a popular venue for marriages because of its gorgeous scenery and gardens. Its Victorian-era surroundings is great for a fun day out with plenty of things to do. You can visit Cave Hill visitor center or even climb Cave Hill itself.