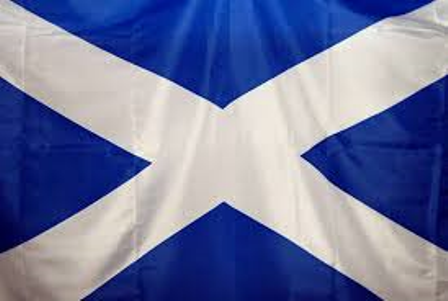 Scots around the world are celebrating Saint Andrews Day today, paying homage to their country’s greatest Patron. But who was Saint Andrew, and why do we mark a day in his honour? Find out here!

It all began near Rome in 312 AD when, on the night of a make-or-break battle against a rival emperor, he saw the symbol X P (Greek for the first two letters of ‘Christ’) in the dazzling light of the setting sun and then had a dream in which he was promised victory. Constantine ordered his troops to hold the Christian cross at the front of the army, and won.

The first time the colour of the Saltire is mentioned is in the Acts of Parliament of King Robert II in July 1385 where every Scottish soldier was ordered to wear a white Saltire. If the uniform was white, then the Saltire was to be stitched onto a black background.