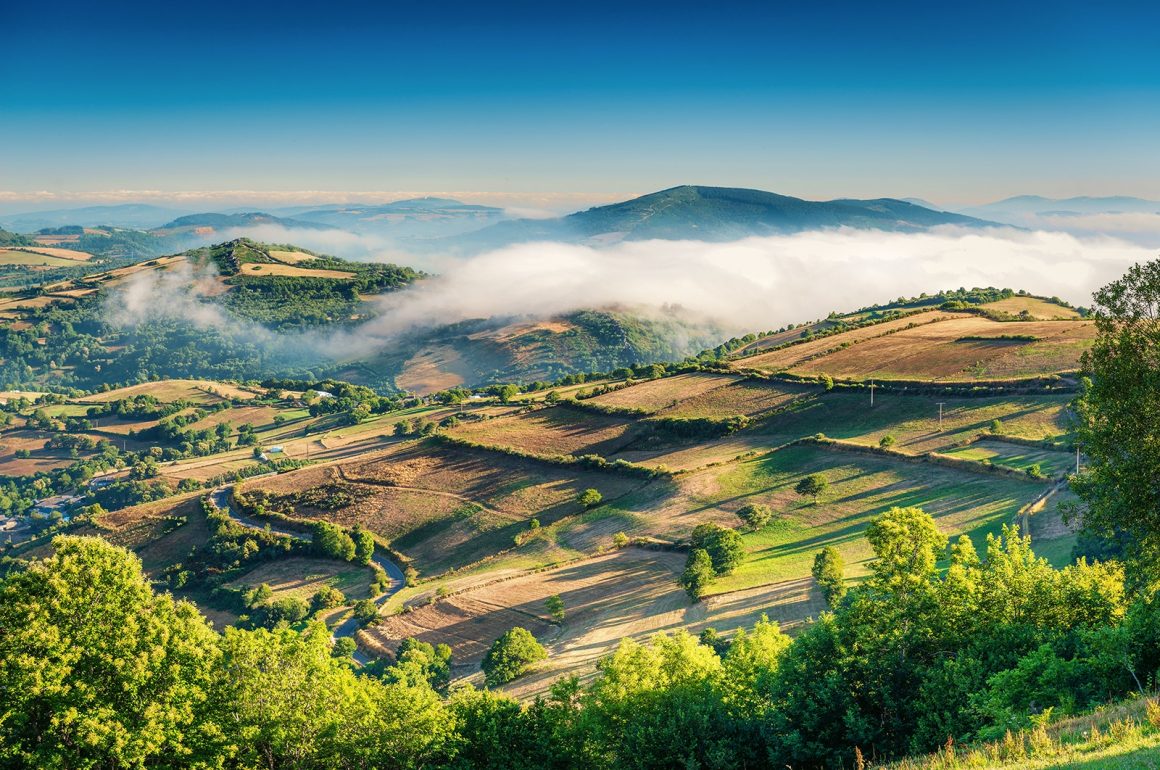 The largest and oldest piece of Celtic jewelry in Spain has returned to the Museo Provincial in Lugo, Galicia. After nearly a year of negotiation, and a purchase payment by the regional Galician government of nearly 2.9 million Euros to the family that owned it, the Torc of Burela is officially owned by and for the people of Galicia.

The torc, a solid gold, four-pound collar necklace dating back to the second or third century BC, is the heaviest Iberian torc ever found. The collar was traditionally worn by Celts of high rank, and depicted gods and goddesses of Celtic mythology. The Burelan torc was of special interest to the Galician government for two reasons; the ornate detail displays unique craftsmanship, and another pair of significant Iberian-Celtic torcs from Galicia were lost to the British Museum.

Celtic artisans have long been famous for their exquisite, geometrically patterned jewelry, metalwork, weavings and other crafts. The artists of Galicia continue to express their Celtic heritage by working in the ancient arts brought to Spain more than 2500 years ago by their ancestors. New partnerships between government agencies and artists’ associations, like Artesania de Galicia, have seen a successful revival of the ancient Celtic-influenced arts.

While most visitors come to walk the Camino de Santiago, the interest in the local crafts movement is growing. Artisans offer visitors plenty of interesting cultural activities including demonstrations, organized workshop tours, lessons, and quality craft fairs throughout the region. 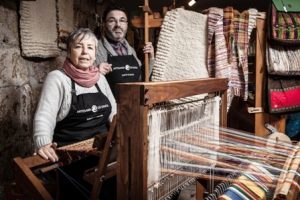 Craft fairs occur year-round in Galicia, but are most abundant in the summer months, often occurring in conjunction with the numerous local holidays and events. Two of the most popular craft fairs are the Feria de Artesanía Mostrart in Coruña in August and the Feria de Artesanía San Froilán in October. The latter is held on one of the most important feast days in Galicia, honoring San Froilán, patron saint of the city of Lugo.

Artists welcome visitors daily to their workshops to view live demonstrations. The Galician Artisan Association’s website lists more than 100 workshops to visit throughout the region. An organized map is also available with a craft driving route to the workshops, which are often located in the scenic, green, hilly countryside that Celtic settlers once found so familiar.

Lola Touron of Cestería Viva (Living Basketry) is as ethereal as the dryads, or tree nymphs, of Celtic mythology. She works in the art of primitive basket weaving and follows ancient Celtic traditions of tree worship and honoring. “I collect the materials in the forest during the moons, asking permission from the trees,” she says. She is not only interested in her craft’s origins, but in the origins of ancient Celtic culture as well. Her dedicated research has recovered ancient basket weaving techniques. She teaches the rediscovered lost art to students.

Ana Novo, designer and owner of the boutique Tres Caracoles in Lugo, specializing in leather and jewelry, describes her heritage eloquently; “Living in Galicia makes it inevitable to be influenced by the Celtic world since it is all around us – the land, the forts, the torcs, our music. Many of the barns of the Galician coast are decorated with Celtic symbols. While many of my customers are locals, a growing number are visitors who mistakenly associate the Celtic triskele symbol as Galician, because they see it in countless places. I proudly explain that although the triskel is not Galician, Galicians are as Celtic as the triskel. I show my Celtic roots and pride in all my work. It’s even in my company’s logo.”

Galeria Honorino Freire is a Lugo-based jeweler specializing in Celtic gold, silver and azabache stone jewelry and reproductions. Mythical symbols are incorporated in their jewelry infused with the power of the symbol’s meanings. Custom Claddagh and Wedding Knot rings are among the best sellers, as well as any piece featuring the deep black gemstone, azabache, or jet. Celtic superstitions are alive today; no Galician leaves home without an azabache stone to protect against the evil eye. 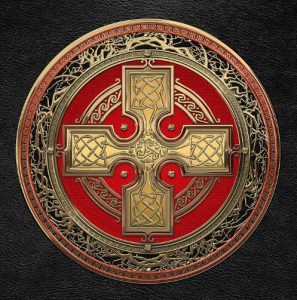 The Centro De Recuperacion de Cultura Popular (Center of the Recovery of the Collective Culture) is a gift shop, museum and workshop. Situated in a hillside medieval castle called Castelo de Sobroso, it houses a permanent exhibition of traditional textile crafts and clothing. The center’s aim is to preserve and promote the traditional textile weaving crafts by offering workspace to local weavers while hosting regular demonstrations and workshops to visitors of the castle.

Sagardelo, established in the early 1800s, specializes in fine ceramics. Although globally known as a Galician brand, Celtic influences and motifs are prominent in their work. Their 14 galleries in the region display their wares for sale in museum-quality settings, rich with historical illustrations of the people, art and culture of Galicia.

In Galicia the phrase “or coitelo” describes a spiritual purpose. Pepe Jomaca channels this purpose to create knives in the Riotorto Valley, where the largest concentration of blacksmiths in the world reside. “It is a completely traditional and ancestral art. In Riotorto only 10 families of artisan blacksmiths specialize in the manufacture of hand forged knives,” he explains. The rich, historical influence of the land dates back to the time when the Celts arrived in Galicia and settled. “In this place, items have been found from the Castrexa (Iron Age) period. Noteworthy is the Riotorto torc, dated between the third and first centuries BC and kept at the Provincial Museum of Lugo. Other objects of gold and bronze, such as handles and earrings were also found,” he adds.

“Or coitelo” is a common thread for the artists and associations that are bringing about the revival of the ancient Celtic arts in Galicia. They’re not only committed to preserving their patrimonial culture, but in teaching and endowing the secrets of ancient Celtic artistry to future generations for the world to recognize and appreciate.