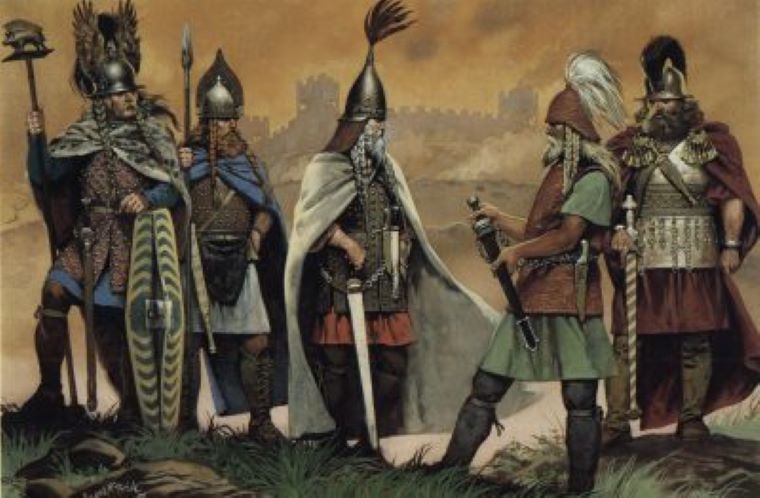 The lands occupied by Celtic peoples, whose existence can be traced over more than 25 centuries, were vast.

The Celts impressed the Greeks and Romans with their bold dress and powerful appearance. Generally characterized by classical observers as a people of fair hair, of red or gold, and fair complexions, (although the people of the British Isles were described as small and dark-haired) most Celtic women apparently stood taller than the average Roman citizen. Celtic women, upon reaching maturity, 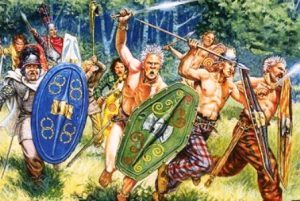 adopted a complex braided style for their hair, and wore dyed and embroidered dresses. Plaids, or wrapped woven cloaks, were common for men and women alike, and gold and silver torques and arm rills, as well as rings, adorned wealthy Celts. Brooches that held closed the openings of dresses and plaids were another common feature of Celtic dress. Gallic men commonly spiked their hair and bleached it to an almost white color with chalky water, and wore their beards long, while the Bretons and Picts tattooed their arms and faces with blue.