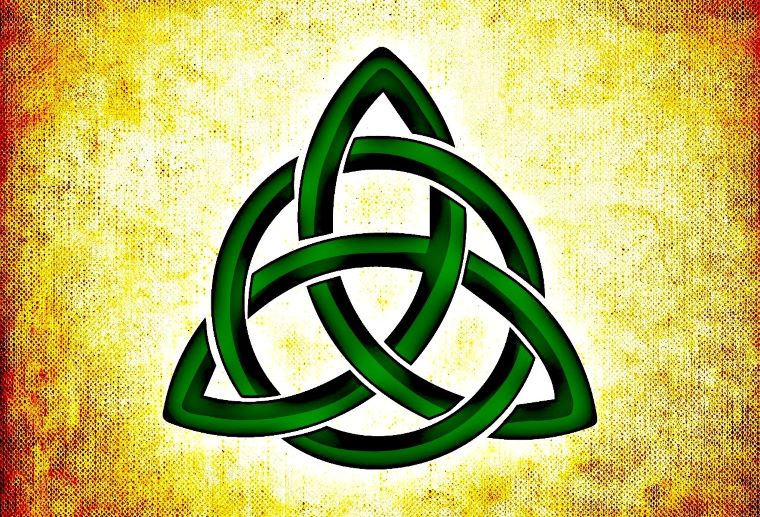 The ancient Celts considered their symbols and signs to hold incredible, meaningful power in their lives. The stories behind their symbols have been carried on from generation to generation with the help of bards and storytellers, allowing Celtic heritage to live on. The relevance and significance of the Celtic symbols are timeless; themes of love, loyalty, energy, wisdom and war which are very much alive today.

Irish Harp
The traditional symbol of Ireland, the harp is said to reflect the immortality of the soul. The musicians of ancient chieftains played the harp, and it remains one of the most popular Celtic instruments today. You’ll find the harp everywhere in Ireland, from coins, uniforms and the state seal to the Guinness pint glass.

Tri-Color Flag
The Irish Flag has three vertical stripes, from left to right: green, white and orange. The flag was first used in 1848, and symbolizes hope and political peace. The green represents the Catholic population of Ireland, while the orange represents Irish Protestants. The middle stripe of white symbolizes a wish for harmony and unity between the two. 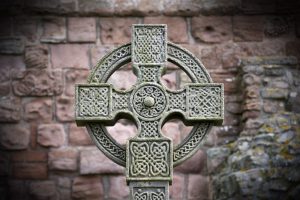 Celtic Cross
Symbol for Celtic Christianity that combines the traditional Christian cross with a ring through the cross’s intersection. Also referred to as the High Cross, the Irish Cross and the Cross of Iona. The ring is considered a solar symbol of energy, a life source.

Celtic Horse
Symbolizes victory in war for the Celtic people. The Celtic horse-goddess Epona was known as the “Great Mare.”

Celtic Dragon
A mythical creature thought to be a symbol of fertility and power. It was believed that the dragon was created when the first living cell was born from the earth, and the sky fertilized it with the wind and water. Because of this, the dragon is associated with seasonal fertility and the energies of the earth. Christians later associated the dragon with Satan, and pagan evil.

Celtic Serpent
Celtic symbol for rebirth, healing and wisdom, due to its cyclical shedding of its skin. The serpent was considered an immortal creature that came to life each year with a new skin. The Celtics believed serpents slithered up from the inside of the earth, and they held all of the world’s secrets and divine wisdom. The serpent was the Celtic people’s “Earth Healer,” but later turned into the Christian symbol for the devil and paganism.

Celtic Hounds
Guardian figures and sources of healing power. Hounds are associated with various Celtic gods and goddesses, including the famous Irish mythological hero Cuchulainn. In ancient Celtic Ireland, hounds were given as gifts to honorable men, and many warriors and chiefs took the name as a title (as in “Hound of Culann”) to demonstrate their loyalty and courage.

Celtic Birds
Stands for freedom and transcendence. Birds have the power to soar up into the heavens, and so they represented liberation of the human soul. Birds were thought to bring messages of guidance and prophecy from the gods down to the earth, making them mediators between humans and the heavens. 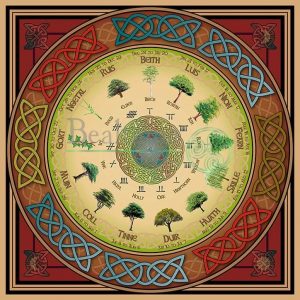 Irish Ogham Alphabet
A gift from the Celtic god Ogimos, or the god of eloquence. The true origin of the alphabet remains a complete mystery.

Knots and Spirals
The knots and spirals with never-ending lines symbolize the Celts’ beliefs in eternal life and in humans’ complex relationship with the natural and the divine.

Triquetra/Trinity Knot
The most common knot. Unity and trinity of soul, heart and mind. Three distinct yet interlocked levels: physical, mental and spiritual.

Triskelion
Like the trinity, the spiraled triskelion, or triskel, stands for unity of the three, in the case of Celts, this is the physical, mental and spiritual. It also symbolizes the eternal life, the flow of nature and spiritual growth.

Triple Spiral
The triple spiral of life shows the continuity of life, and how it travels in cycles. As with the triskel, the existence of “the three” stands for mind, body, spirit; birth, death, rebirth.