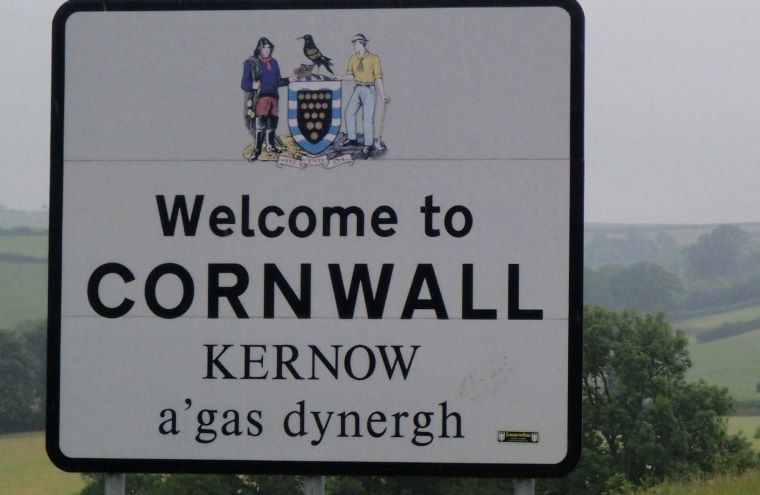 Cornish, or Kernowek – a descendant of the language spoken by the British population before the Anglo-Saxons arrived – has survived and resisted over the centuries.

In 1549, during the Reformation, the Act of Uniformity decreed that the Book of Common Prayer in English should be used by everyone in place of Latin worship. This proved so unpopular with the speakers of Cornish that there was a massive uprising – the Prayer Book Rebellion. Thousands of rebels died, striking a massive blow to the already dwindling language.

However, Cornish struggled through until the 19th century when – entirely replaced by English – it was declared a dead language. Famously, the last native speaker of Cornish was Dolly Pentreath of Mousehole, who died in 1777.

As Cornish declined and was replaced with English, the two intermingled to develop a rich Cornish dialect of English. This dialect, while English, has elements of Cornish grammar, and lots of Cornish vocabulary.

In the mid-19th century there was a resurgence of interest in the Cornish Language and dialect, despite the fact it had been in decline some years earlier. In an effort to record and preserve it, several scholars wrote grammars, dictionaries and glossaries.

The language preserved in these books shows a Cornwall that is pragmatic and occasionally bawdy; hardworking, and dependent on the landscape.

Cornish still survives today and is now an official minority language, although it is notably stronger in the older generations. There is a growing number of bilingual native speakers, and Cornish-language books and films are being made.

Let’s look back at some notable 19th-century Cornish dialect words: 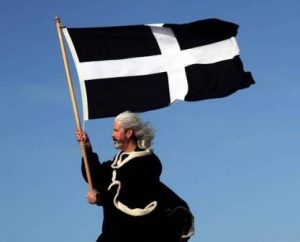 TIDDLEYWINKS or KIDDLIWINKS – A pub. Innkeepers would keep smuggled brandy hidden from the law in a kettle. Those in the know would then WINK at the kettle when they wanted some. It’s likely that after an evening’s hard winking at the kettle, it didn’t stay secret for long.

VESTRY – When a baby smiles in its sleep.

EAR-BOSOMS – Glands in the neck. When they’re swollen, you say “my ear-bosoms are down”.

POKEMON – Clumsy. Unrelated to the Japanese POKEMON, which is a contraction of Pocket Monsters.

DUMBLEDORE – A thorn or bramble. This word, which also appears in early modern English meaning a bumblebee, inspired JK Rowling.

GOD’S COW – A ladybird. Because what is a ladybird if not a tiny, red, holy cow?

AIRYMOUSE – A bat. A more modern Cornish dialect word for bat is LEATHERWING, which is equally lovely.

NESTLE-BIRD, CHOOGY-PIG and PIGGY-WHIDDEN – The smallest and weakest pig in a litter. The number of words for this demonstrates how important animals were in daily life.