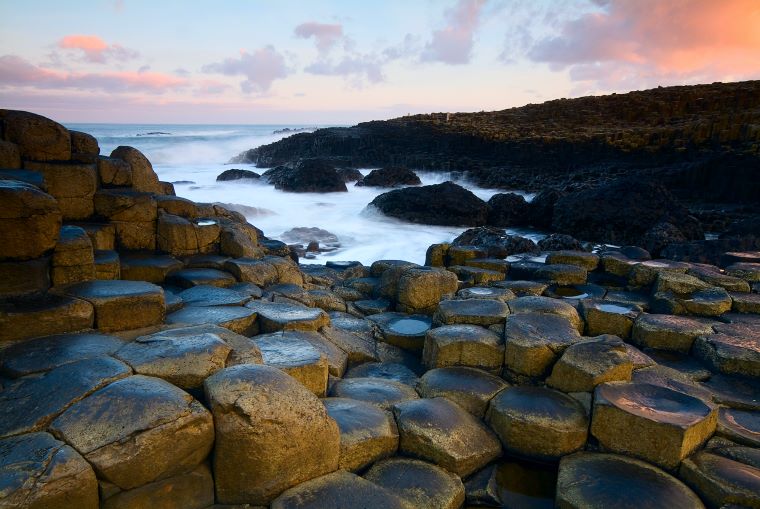 Lonely Planet’s 500 “most thrilling, memorable and interesting travel experiences in the world”, now includes eight places on the island of Ireland, from breath-taking landscapes to world-class attractions.

The Wild Atlantic Way
The 2,500-km touring route wends its way along Ireland’s gorgeous western coastline. Overlooking golden beaches where Atlantic waves crash onto shore, teetering on the edge of majestic cliffs, skirting ancient monuments or passing through picturesque towns, it takes you on and off the beaten track to experience the essence of Ireland.

The Giant’s Causeway
The 40,000 hexagonal columns that make up Northern Ireland’s top attraction are the stuff of ancient earth history and legend. Formed from slow cooling volcanic rock (or the handiwork of giants) the mesmerising landscape is a UNESCO World Heritage Site. Delve into its stories in the visitor centre and frame the perfect photo as the sun sets over the stones.

Trinity College Dublin
The sixteenth-century university in the heart of Dublin City boasts wonderful Georgian architecture including The Long Room of the Old Library, considered to be one of the most impressive libraries in the world. It is also home to the magnificent ninth-century Book of Kells, one of Ireland’s most important cultural treasures.

Brú na Bóinne
Ceremonial monuments older than the pyramids dot the ancient and sacred UNESCO World Heritage Site of Brú na Bóinne. The passage tombs of Newgrange, Knowth and Dowth, built some five millennia ago, are among the most important Neolithic sites in the world. At the winter solstice the Newgrange passage is famously illuminated by the rising sun. 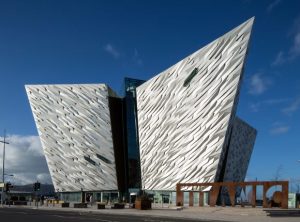 Titanic Belfast
Crowned the World’s Leading Tourist Attraction, Titanic Belfast extends over nine interactive galleries, with full-scale reconstructions, dark rides and innovative features that tell the fascinating story of the tragic liner from her building to her sinking in icy waters. Lonely Planet described it as “a multisensory experience that feels almost like sneaking aboard”.

Ring of Kerry
The subject of a million Instagram photos, the Ring of Kerry is a stunning 111-mile route around the Iveragh Peninsula. Atlantic coast, glacial valleys, lakes, mountains, beaches and craggy hillsides create an ever-changing landscape that is coloured by the vagaries of the Irish weather, while historic sites reflect the rich heritage of the region.

Sliabh Liag
The soaring 600m-high sea cliffs of County Donegal’s Sliabh Liag are the highest in Europe. You can get dramatic views of the cliffs from Bunglas Viewpoint but the real experience is hiking to the top to drink in spectacular Atlantic views and experience the peace of a place where time stands still.

Connemara
The Connemara Peninsula is a place of rugged, unspoilt beauty where jagged coastline meets rusty bogland and sharp peaked mountains rise into brooding skies. But it is also a place of rich language, traditional song and dance, best experienced in the joyful village pub culture of the region.