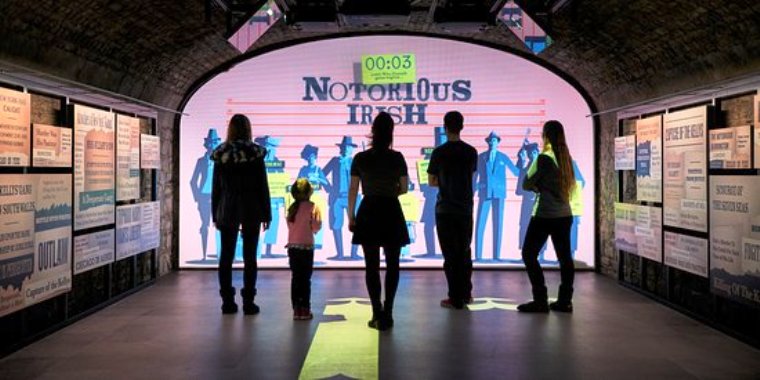 An informative and interactive exhibit in Dublin offers insights into the influence of the Irish Diaspora.

The exhibit, entitled Epic Ireland, is an engaging, entertaining and educational examination of Irish emigration patterns, and the impact of its immigrants around the world.

Located in the CHQ building on the Custom House Quay along Dublin’s historic waterfront, the permanent exhibit comprises a colourful collage of 21 underground galleries, each detailing the journeys – and subsequent contributions – of 10 million inhabitants who departed the Emerald Island in search of greener pastures, and their 70 million offspring.

The two-hour experience begins – in true Irish fashion perhaps – with melancholia and lament for those at home stricken by famine, economic hardship, political strife and war. Though not unfamiliar stories, they are rekindled with a refreshing mélange of audio clips, video components, and touch-sensitive screens. In particular, a true-to-life animation of five figures telling their tragic tales of leaving land and loved-ones behind is both tender and touching. 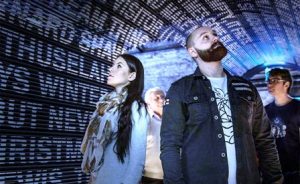 Scattering to the four corners of the globe, the Irish brought their rich and diverse culture to Europe, North and South America, Australia, New Zealand and beyond.

There, they wove vital and vibrant threads of homespun traditions into long-established tapestries.

Epic Ireland does well to depict that integration, with each display denoting the importance of Irish input; in one gallery, visitors will bear witness to the Diaspora’s scientific and medical contributions. In another, the role of education is examined. A few doors down, a flavourful display dishes up details on Irish cuisine. Elsewhere, interactive media extols the significance of Irish sport, social justice, and spiritual belief upon their new communities.

Of particular interest is a section showcasing the country’s shine for storytelling, and the necessity of passing history and heritage along to future generations via aural tradition. Similarly, the preservation and promotion of Irish culture on foreign soil through music – from the Clancy Brothers to the Boomtown Rats – is a reminder of the Emerald Isle’s stature on the global stage. Of course, the classic arts of literature and dance are also well represented, as are the worlds of architecture, interior design, and high-fashion. It will likely come as a surprise to some that Eire has long been a secret hot-bed of haute-couture.

Children of all ages will cherish the chance to test their knowledge of the infamous Irish – including Billy the Kid, Anne Bonny, and Ned “Machine-Gun” Kelly – with a wall-sized questionnaire.

The Emerald Isle’s emigrant offspring are featured as well, with some well-known names noted – Barack Obama, Ronald Reagan, Grace Kelly foremost – while others are a revelation, including Che Guevara, John Lennon, and Elvis Costello. 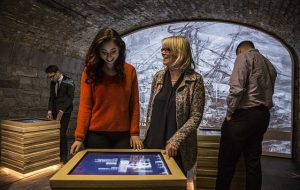 Coming full-circle, Epic Ireland closes by celebrating the soul and spirit of a people whose resilience has been woven into the daily fabric of communities far and away from Eire’s salty shores – a culture that is fêted foremost around the world each March 17.

The project was funded former Coca-Cola chief executive, Neville Isdell, a native of County Down in Northern Ireland, who told The Irish Times that he was interested in “telling the story of all the successful Irish people and what they have achieved internationally.”

“I have experienced just how people abroad react favourably to you when you tell them you are Irish. They will tell you they have a relative here, or they want to visit Ireland. There is a specialness about Irishness. It is the friendliness and the storytelling and the enjoying life. I knew that was something to be celebrated.”

For those looking to dig a little deeper into their roots, the exhibit has partnered with the Irish Family History Centre to provide a free genealogical consultation, along with greater online access to Birth, Marriage and Death records, Census records, Parish records, and travel and migration records.