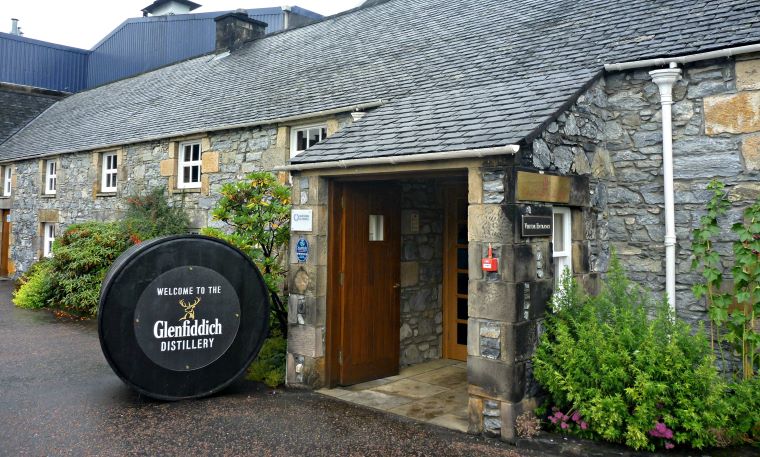 The whisky industry is booming, with makers popping up in all four corners of the globe over the last decade. Here, we pick five of the finest distilleries.

William Grant founded Glenfiddich in 1887 with the help of his seven sons and two daughters. Today, the Dufftown spirit producer is part of a family of distilleries, fittingly run by the company William Grant & Sons. Since 2000, Glenfiddich’s range has won more single malt scotch prizes than any other distiller as part of the International Wine & Spirit Competition and the International Spirits Challenge. In May/June 2012, DEPARTURES magazine stated Glenfiddich offered one of the “world’s best distillery tours,” where guests are treated to 12-, 15- and 18-year-old whisky tastings.

The Midleton Distillery is emblematic of the revival of Irish whiskey. In 1966, John Jameson & Son, The Cork Distilleries Company and John Power & Son joined forces to form the Irish Distillers Group. In 1975, the Group built a new distillery in Midleton which today produces such renowned brands as Powers, Redbreast and Jameson — all have recently been heralded by Jim Murray’s Whisky Bible (2014), among other authorities. In 2012 – 2013, the distillery underwent a €100-million expansion to meet the ever-increasing demand of its Jameson label. The new Midleton factory is situated next to the older, circa 1825 distillery, which now offers interactive tours called the “Jameson Experience.” 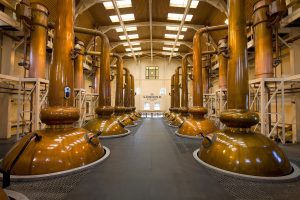 Sullivans Cove made history when it became the first Australian distillery to create the “World’s Best Single Malt Whisky,” as named in Whisky Magazine’s World Whiskies Awards. Its winning French Oak Cask, described by judge Ed Bates as “Tunnock’s Caramel wafers…with a touch of smoke,” was the first single malt outside Scotland and Japan to earn the prestigious title since the awards began. The Tasmanian distillery prides itself on its boutique-style of production. Sullivans Cove director Patrick Maguire described their modus operandi to ABC News as, “…when we are running the still, they are not automatic systems, we actually run it from the heart if you like.”

Under a bridge in Waco, Texas, Chip Tate and his team transformed an old welding shop into something quite extraordinary. They built a distillery completely by hand to create the first Texan and first Blue Corn whiskies ever made, the Texas Single Malt and the “cornographic” True Blue. In just around five years since the distillery’s fruition, its craft whiskey line has been winning heaps of prizes, including Icons of Whisky, Wizards of Whisky, World Wine and Spirits and World Whiskies Awards.

Masataka Taketsuru (1894-1979) is known as the father of Japan’s whisky industry. In 1918, he travelled to Scotland where he studied chemistry at the University of Glasgow and apprenticed under local distillers, making him the first Japanese man to study the whisky-making process. Back in Japan, Taketsuru founded his own distilling business in 1934, now known as Nikka Whisky. The company’s Taketsuru 17 Years Old was recently named World’s Best Blended Malt Whisky as part of the 2014 World Whiskies Awards. Nikka’s distilleries produce a line of single cask, blended and malt whiskies.

The Penderyn Distillery (Penderyn, Wales) launched its single malt whisky on St. David’s Day 2004, making it the first Welsh malt whisky to be produced in more than a century. Since then the distillery has won numerous international awards for its whiskies and spirits.