History of the Cornish Language 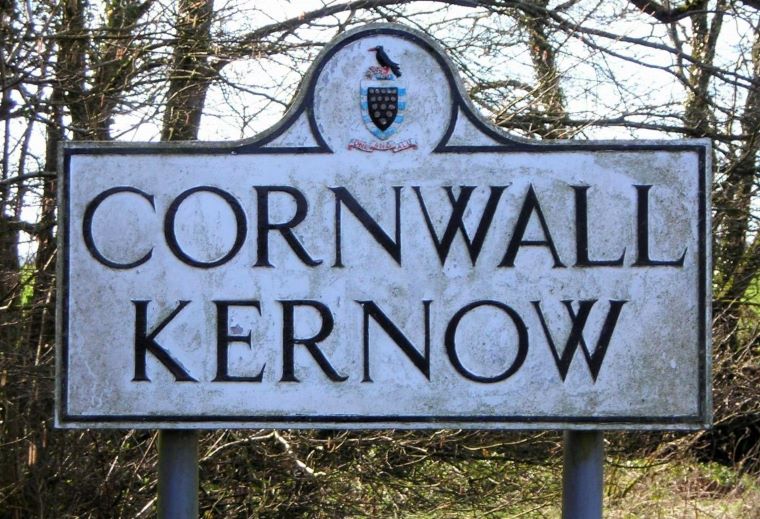 Once thought endangered, the Cornish Language has been enjoying a revival in recent years.

Cornish is one of six Celtic languages, the others being Breton, Welsh, Manx, Irish Gaelic and Scots Gaelic. It is thought that the Celts migrated across to Britain and Ireland from mainland Europe bringing their languages which became predominant in the islands. Two different but closely related groups formed the base for the development of modern Gaelic Celtic languages of Scotland, Ireland and Man in the north (known as ‘q’ Celtic), and the modern Brythonic Celtic languages of Wales, Cornwall and Brittany in the south (known as ‘p’ Celtic). The geographical division between the two was reinforced by the invasion and settlement patterns of first the Romans and then, from the fifth century AD, the Saxons. The Saxon settlement also resulted in large numbers of Brythonic speaking Celts migrating across the sea to the peninsula of Armorica, already a known trading route, taking their name with them and thus founding Brittany. As a result of the now geographical separation of the languages, they began to diverge and grow independently from each other, and became the six Celtic languages that we are familiar with today. 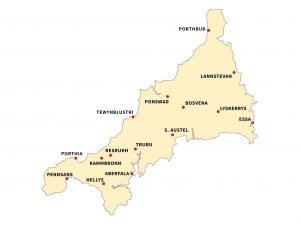 Cornish was spoken throughout Cornwall, The Isles of Scilly and to some extent in West Devon and Exeter until, following the battle of Hingston Down in 936, the Saxon king Athelstan drove the Cornish out of Exeter and declared the east bank of the river Tamar to be the border of his kingdom – a border which is of course still current today. Despite keeping his kingdom of Wessex separate from Cornwall, Athelstan still interfered with the Celtic monastic system. As the monasteries tended to be the originators and repositories of manuscripts it may be that this is responsible for the lack of extant texts from this early period of Cornish. It is not until around the time of the Norman conquest that a small number of documents start to appear, including the Bodmin Manumissions of the ninth/tenth century, giving the Cornish names of freed slaves, a Cornish-Latin vocabulary list called the Vocabulum Cornicum, and a short piece of advice about marriage dating from about 1400, which was found on the back of a charter dated 1340.

The period from 1200 to 1600 is generally referred to as Middle Cornish, and during this time numerous religious plays were written at Glasney College. These plays were intended to educate the Cornish people about the stories of the Bible and the saints’ lives in an accessible and, at times, almost irreverent way. They were performed in open air rounds known as plen-an-gwari, some of which can still be found in locations around Cornwall, the best examples being St Just in Penwith and Perran Round near Perranporth. Of the surviving plays, the largest is a trilogy dating from the mid fourteenth century called the Ordinalia, which comprises Origo Mundi, (the Origin of the World), Passio Christi (the Passion of Christ) and Resurrexio Domini (the Resurrection of Our Lord). Notable also is Bewnans Meriasek, a play about the life of St Meriadoc of Brittany who became the patron saint of Camborne; and more recently Bewnans Ke, the life of St Kea, has been re-discovered and published. Both of these saint’s plays date from the sixteenth century, and include political satire on contemporary events. For example, the Cornish Rising of 1497 against Henry VII is alluded to in Bewnans Meriasek as the tyrant king is named Tewdar – a Cornish variation of Henry VII’s own name, Tudor.

The Reformation of the English church was a major event that shaped the future of the Cornish language. When Edward VI sent commissioners to enforce use of the Book of Common Prayer in Cornwall they were met with resistance and riots. The Cornish sent a letter to the King, declaring that “We, the Cornyshe men, whereof certain of us understande no Englyshe, utterly refuse thys newe Service.” They were dissatisfied with the response they received and so in 1549 a rising of 6,000 people marched on Exeter. A number of battles ensued at various places across Devon, in which an estimated 5,000 Cornish were killed. This was a devastating blow to the Cornish language, given the consequent depletion of the population of Cornwall. Before the Prayer Book Rebellion, it is thought that Cornwall had been largely Cornish speaking up as far as Bodmin, with a few bilingual pockets further east. Less than half a century later, at the start of the seventeenth century, writers such as Richard Carew and John Norden attested that Cornish was spoken only west of Truro, and that even those speakers knew English as well as their native Cornish by then. From this period the most noted extant texts we have are the Tregear Homilies, a series of 12 sermons translated from English to Cornish by a cleric named John Tregear followed by a patristic catena in Cornish and Latin. This ’13th homily’ (now known as ‘Sacrament an Alter’) was based upon texts from Foxe’s Book of Martyrs and was probably put together by another cleric. Both texts are interesting as they are extensive examples of traditional Cornish prose, as opposed to the verse of the religious plays, although the theme is of course still religious. They were composed circa 1555 (in the case of the first 12 Homilies) and after 1576 (in the case of the 13th). 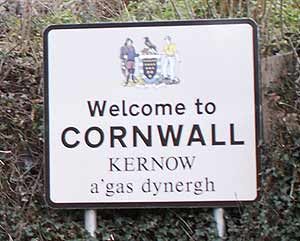 During the next two centuries, Cornish developed into the phase known as Late Cornish. Cheston Marchant of Gwithian, reputed to be the last monoglot Cornish speaker, died in 1665, and meanwhile a group of bilingual scholars in the Penzance area, led by John Keigwin of Mousehole, gathered together to try to preserve their language. They did this mainly by translating parts of the Bible, hoping to revive popular interest in the language through religion. For example, William Rowe, a farmer from Sancreed, translated various Chapters from the New Testament together with the Ten Commandments. Secular prose appears in this period too, and perhaps the most famous Cornish language folk tale, Jooan Chei a Horr, was written circa 1667 by Nicholas Boson of Newlyn. At the start of the eighteenth century the eminent Welsh scholar, Edward Lhuyd, came to Cornwall to conduct research on the language, and as a result we have a valuable account of Cornish as it was actually spoken by a contemporary observer. The final written piece of from this period is a letter by William Bodiner, who learnt Cornish at sea from older fishermen. The date of this letter is 1776.

By the nineteenth century, Cornish had died as a spoken community language, although there are records of the language being spoken particularly at sea by Newlyn fishermen. During this century there was a resurgence of interest in Celtic culture which meant that Cornish attracted some academic attention. The plays of the middle Cornish period were re-visited, and academics such as Edwin Norris and Whitley Stokes published them with commentaries and translations. It was not until early in the twentieth century, however, that an attempt was made to revive the language. In 1904 Henry Jenner, one of a number of individuals interested in and working on Cornish at the time, published his Handbook of the Cornish Language, based on the texts available to him at the British Museum. This kick-started the revival of Cornish as a living, spoken language, and Jenner’s work was picked up and continued by, among others, Robert Morton Nance, who researched and gathered together more fragments of the language, finally developing a regularized spelling system based on the medieval texts, known as Unified Cornish. The revival continued to grow throughout the early twentieth century, with evening classes, events and examinations being established as well as some teaching in schools outside the formal curriculum. Books and magazines were published for users of the language. The 1980s and early 1990s saw a time of review and reconsideration about the theory of reviving a language, plus additional research on the texts. This resulted in the proposal of different approaches which moved the language on from the initial research that Jenner and Morton Nance had carried out in the early twentieth century. In the early 1980s Richard Gendall began exploring the Cornish of the Late period. He worked from the premise that a language revival should be based upon the last available evidence from when the language was last spoken, and the form of Cornish now known as Modern Cornish grew out of this work. In the late 1980s, Dr Ken George carried out a great deal of research into the phonology of the language, including how this could be better linked to the orthography by a rationalised spelling system, and the result of this was the beginning of Common Cornish. Then in 1995 Celtic scholar, Professor Nicholas Williams, proposed an amended version of Unified Cornish, called Unified Cornish Revised, which takes the texts of the sixteenth century as its main source. 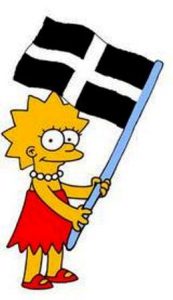 All four variants were in use amongst speakers and students, and despite the differences in focus and academic approach, were all mutually intelligible. It was decided, however, that in order to progress the language to its fullest potential, a standard written form should be agreed upon for use in public life and schools, though each of the forms might well continue alongside this as they were all valid, academically valuable and highly researched variations of the language. The process for deciding upon the standard written form drew upon the knowledge of a wide range of Cornish users as well as the experience and advice of a Commission composed of eminent language experts with knowledge of similar situations elsewhere. All Cornish speakers were able to feed in their views, which formed a body of evidence to the Commission. The report from the Commission can be found on this website. The process resulted in the adoption of a Standard Written Form which draws from all of the systems used by speakers . This is now in use in formal education and public life and has already resulted in a greater use of the language in these areas of work, with new resources for schools and a new found enthusiasm for Cornish among public bodies. Speakers may continue to use whichever form they wish in private life, but the Standard Form enables greater strides to be made in developing the language publicly. It is our hope that all those involved with Cornish can now move forward together to take the language into the future.