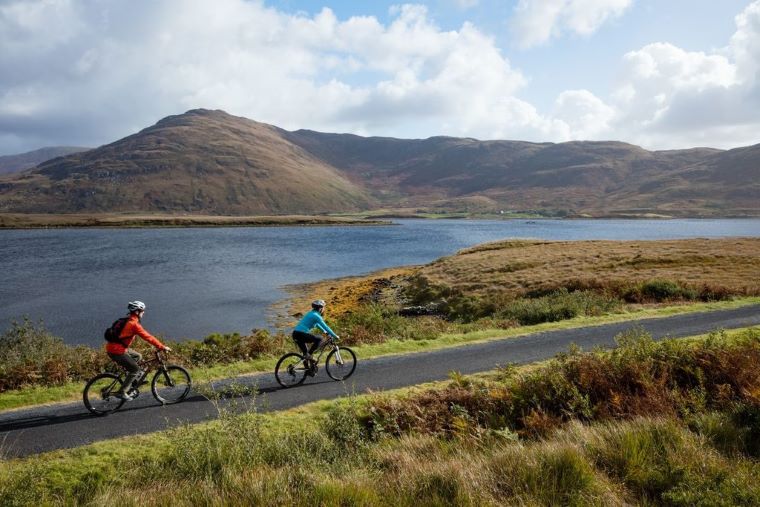 There is no better way to see the beautiful Irish landscapes than on your own two feet, on the seat of a bike and on a jaunt along one of the country’s fantastic collection of off-road greenway trails.

Top of the list must be the Waterford Greenway in Ireland’s Ancient East. At 46km, this is the island’s longest off-road cycling and walking trail, though it is flat and easy to travel on.

Stretching from the Viking city of Waterford to the port of Dungarvan along a gorgeous coastline known as the Copper Coast, it offers not only stunning views but also a peak into Ireland’s past. The route  passes a number of historic sites including Woodstown Viking Site, Kilmeadan Castle, Kilmacthomas Workhouse and the gardens of Mount Congreve.

One of the longest traffic-free greenway routes in Northern Ireland is the 37km Newry Canal Way. Packed with things to see and do along the way, it runs from the town of Portadown to Newry city. Walkers and cyclists can explore the linen history of the villages en route, the museum at Moneypenny’s Lock and stop for something to eat at Scarva Visitor Centre. 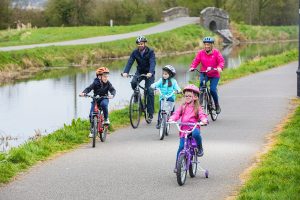 The Connemara Greenway in nearby County Galway is also one to look out for. With some sections open, it will eventually become a 76km route through the stunning Connemara National Park.

Handy for those looking to a Belfast city break when the time is right, the 11km Comber Greenway steers out through the east of the city starting from the famous Big Fish sculpture in the Titanic Quarter. Alternatively, the 17 km Lagan Towpath takes walkers and cyclists along the River Lagan and a canal system running from Belfast to Lisburn.

Elsewhere on the island, some may prefer to explore the quieter 40km Limerick Greenway which offers a spectacular ride or walk through time, heritage and nature. Along this route you will find Norman castles, abbeys, medieval ruins, old railway stations, a viaduct, the Barnagh Tunnel and breath-taking scenery.

There are many more greenways to be found around the island of Ireland and there plans afoot for lots more. So whatever your fitness level and wherever corner of the country you fancy exploring, there will be a greenway through Ireland’s lush green landscapes to suit you, your family or group as soon as it is safe to travel again.

And if any journey seems too daunting, you can always go electric and rent an e-bike to make the hills a breeze.