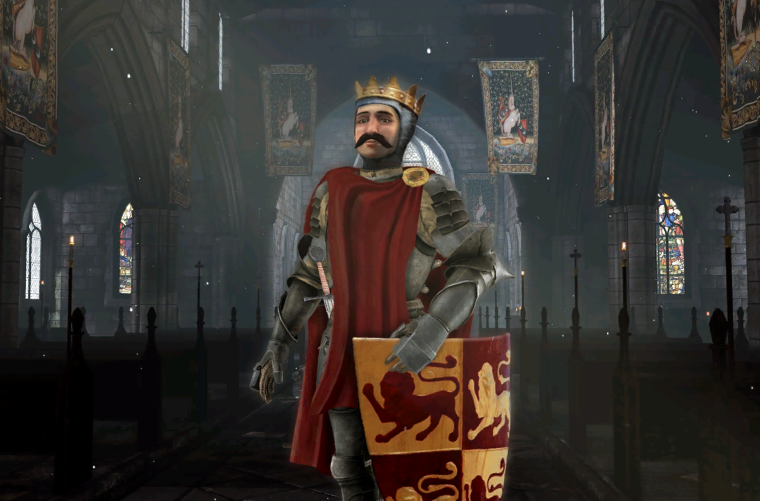 Llywelyn was one of Wales’ greatest rulers, he shrewdly combined the judicious use of force with well honed diplomatic skills. As a result, he was able to unite Wales without being an oppressor and without bringing down a full-scale English occupation. He also won international recognition, dealing with the Pope and the French King.

1173 Llywelyn was born in at Dolwyddelan in the Lledr valley in north Wales, in Gwynedd. He was the son of Iorwerth ap Owain, Prince of Gwynedd, and Marared, daughter of Madog ap Maredudd, Prince of Powys.

1174 His father died when Llywelyn was still a young child so Gwynedd came under the rule of his two uncles, Daffyd and Rhodri.

1194 Llywelyn took up arms against his uncles, to assert his right to rule Gwynedd and defeated them in battle at Aberconwy. Rhodri died the next year and Daffyd was banished, leaving Llywelyn in control

1198 Gruffydd ap Llywelyn was born, he was the son of Llywelyn and Tangwystl (Welsh born), who it is thought died in childbirth. Gruffydd died while attempting to escape from the Tower of London in 1244 and was the father of LLywelyn ap Gruffydd (Llywelyn the Last) who ruled after the death of Gruffydd’s brother Dafydd. 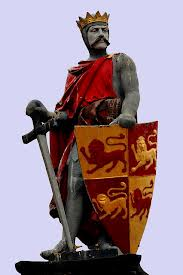 1200 Llywelyn captured the stronghold at Mold Castle and assumed the title of Prince of all north Wales,

1201 Llywelyn signed the first agreement to be signed by both a Welsh leader and an English king, when Llywelyn took an oath of allegiance to King John and promised to pay homage to the king upon his return from France. In exchange for this, King John promised that Llywelyn would maintain his lands and that he could choose whether to use either the laws of England or the laws of Wales when resolving disagreements regarding land

1205 Llywelyn strengthened his position when he married Joan, daughter of King John of England and did homage to his father in law for all his Welsh lands, this gave him protection from the powerful Marcher Lords who guarded the Welsh / English border.

1208 When the Prince of Powys, Gwenwynwyn, fell out with King John, he was stripped of all his lands and Llywelyn moved in to occupy them, gaining control of southern Powys and northern Ceredigion.

1209 Llywelyn campaigned against the Scots with King John and the English army.

1210 Llywelyn attacked lands belonging to the powerful Earl of Chester.

1211 King John sided with the Earl and prepared to invade Wales, concerned that Llywelyn was perhaps growing too powerful. Llywelyn’s rise had also made enemies of some other Welsh Princes such as Gwenwynwyn, and they now took the chance to support King John against him. John’s army marched upon Llywelyn’s stronghold at Deganwy Castle, but he took to the hills and his guerrilla style, forced the King to withdraw. However, John returned three months later and pushed into the heart of Gwynedd. Llywelyn averted impending disaster by sending his wife Joan, to intercede with her father and although he was forced to give up the Four Cantrefs and pay a fine of 20,000 cattle and 40 horses, he remained in power.

1212 Dafydd ap Llywelyn was born, he was the only son of Llywelyn by Joan . In his final years, Llywelyn went to great lengths to have Dafydd accepted as his sole heir, as by Welsh law, Dafydd’s older illegitimate half brother Gruffydd also had a claim. Llywelyn had Dafydd recognised as his named heir by his uncle King Henry III of England in 1220 and was Prince of Gwynedd from 1240 until his sudden death in 1246.

1212 By ensuring the support of the other Welsh Princes and regaining lost land between the Conwy and Dee rivers, an alliance was formed between Llywelyn and King Philip Augustus of France. Also Llywelyn, Gwenwynwyn of Powys and Maelgwn ap Rhys of Deheubarth were liberated of their oaths of allegiance to King John, by Pope Innocent III.

1214 When King John faced a revolt by his Barons, Llywelyn allied with them. 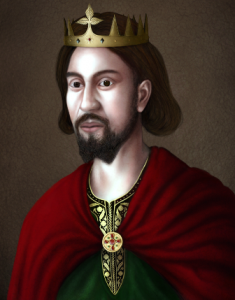 1215 Llywelyn conquered the castles of Carmarthen and Cardigan and marched an army over the border and captured the English stronghold at Shrewsbury.

1216 Llywelyn allied himself with the powerful Marcher Baron Reginald de Breos, and his power extended now into south and central Wales and he was recognised as the ruler of Wales. At a meeting at Aberdovey he created a system of government which ended the warring among the Welsh Princes and they recognised him as their Overlord. This was a very considerable achievement and offered the prospect of unity and peace for the Welsh under their own ruler.

1217 The revolt of the barons came to an end in England.

1218 Llywelyn paid homage to the English king on behalf of the other Welsh leaders, who payed homage to him.

1230 Gwilym Brewys, one of the Marcher Lords, was hanged by Llywelyn, for having an affair with Joan, who was imprisoned for a year for her betrayal.

1240 April 11th, Llywelyn died and was buried at the Cistercian Abbey at Aberconwy. His stone sarcophagus was later moved to the church at Llanwrst, where it can be seen today, but the present whereabouts of his remains is uncertain.