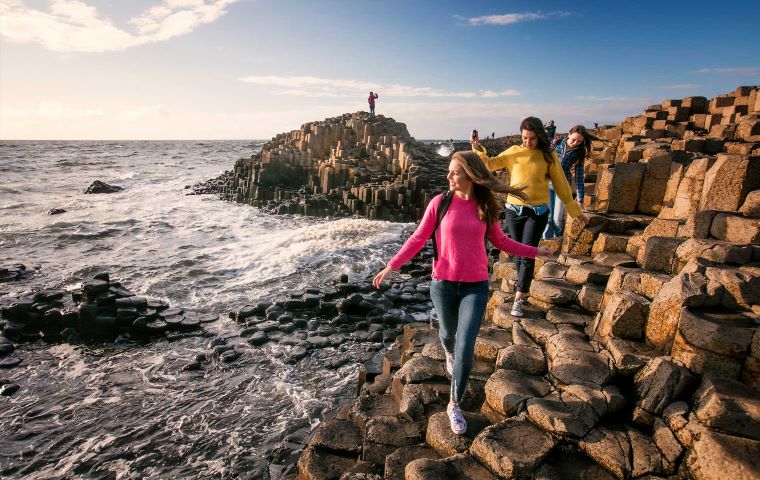 While the legends surrounding major sites like the Giant’s Causeway and Newgrange capture lots of attention on the island Ireland, countless other mysteries and histories are waiting to be uncovered.

All over the island, the misty landscapes and scattered ancient ruins are resonant with tales from Irish mythology.

Whether it’s stories of mighty Celtic warriors and the sacred seats of Irish kings and queens, or fairy forts, gods and goddesses, changelings and the banshee, the aura of mystique from long ago is palpable and utterly beguiling.

Nowhere more so than at the Hill of Tara in the Boyne Valley, County Meath. Overflowing with Irish mythology, history and culture, Tara is said to be the sacred dwelling place of the gods and the actual seat of the High Kings of Ireland.

Dating back to 2000 BC, this ancient seat of power contains over 30 monuments, including the Stone of Destiny and the Mound of the Hostages. A special place for the Celts who settled in Ireland, today it remains central to Gaelic identity and one of the most mystical places in Ireland.

County Armagh is home to another special royal fortress. The main circular earthwork enclosure at Navan Fort, or Emain Macha in Irish, is a whopping 240 metres in diameter. This site is linked in legend with tales of the King of Ulster, Conor McNessa, the goddess Macha and the heroic Red Branch Knights under the command of Cúchulainn, the greatest of all Irish warriors. 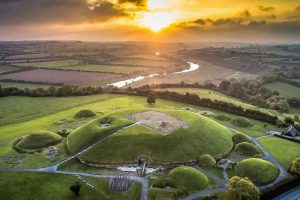 During early Christian times in Ireland, the mystical Clonmacnoise in County Offaly was the monastery of all monasteries With its ornate high crosses, round towers and churches overlooking the banks of the River Shannon, it is still one of the most important archaeological sites in Ireland.

It is said that the founder of Clonmacnoise, St Ciarán, was accompanied by a dun cow (a greyish brown cow) which lived with him all its life, giving amazing amounts of milk, enough for the whole community. According to legend, early in the twelfth century the skin of this cow was used to create one of the most remarkable manuscripts in the Irish language, The Book of the Dun Cow.

There is something hypnotic about stone circles, and while they exist all over Ireland, the Beaghmore Stone Circles in County Tyrone are exceptional. This expansive site contains seven stone circles of varying sizes, and over 1,000 standing stones that include a ‘Dragon’s Teeth Circle’ of 800 smaller stones. In ancient times it was believed the stones turned into giants at night and danced all over the site, returning to their position before morning.

Knocknarea Mountain in County Sligo is capped by the massive stone cairn of Queen Maeve, one of the best known Neolithic monuments in Ireland. Queen Maeve of Connacht is central to the epic story of the Cattle Raid of Cooley (Táin Bó Cúailnge) in which she gathers an army to try and steal the most famous bull in Ireland.

Considered a sacred place to people in the area, legend has it that Maeve is buried in the cairn in full body armour and in a standing position facing her enemies in Ulster.

For those who climb the trail to the summit, the views are stunning. It is said to be good luck if you bring a stone up to add to her cairn, and bad luck to take one away.