Off the Celtic Path 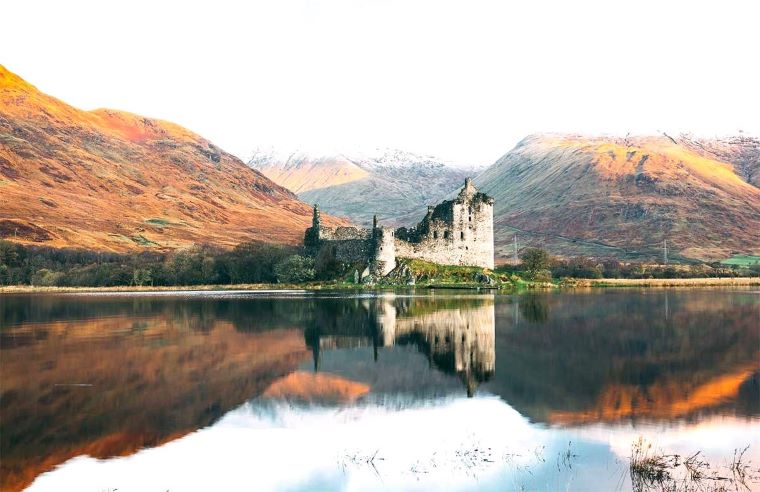 You won’t find these spots on any list of “top 10 attractions,” but these lesser-known hidden gems should be on your agenda as you journey through the Seven Celtic Nations.

Rathlin Island (Northern Ireland)
About eight kilometres from Ballycastle, off the Causeway Coastal Route, is Northern Ireland’s only island inhabited by humans. Rathlin Island, home to about 100 people and Ulster’s largest seasonal colony of seabirds, offers an intriguing experience with its dramatic land and seascapes, historic ruins and pillars and welcoming “Island family.” While summer tourism to the island continues to flourish—the island now boasts a number of accommodations, activities and places to eat and drink—Rathlin still offers that ultimate sense of retreat Robert the Bruce found nearly 700 years ago. Ferry service from Ballycastle is offered year round.

Mhúscraí Gaeltacht (County Cork, Ireland)
In Ireland, Gaeltacht refers to a region where Irish is, or was until recently, the main language spoken. County Cork’s Irish speaking region is Mhúscraí Gaeltacht, an area characterized by a rich literary, mythological, art, dance and music—including Sean–nós singing—tradition. The region boasts more than 220 archaeological sites dating as far back as 4,000BC, states the Visitor Guide to Gaeltacht Mhúscraí. “The valleys of the Gaeltacht are surrounded by the Sheehy Mountains and the Caha Mountains to the west and is often compared to the Lake District in England,” adds Coiste Sli Gaeltacht Mhúscraí. Another highlight is the sixth century St. Finbarr’s Oratory, also known as “Small Church out in the Lake on the little island all on its own” inside Gougane Barra Forest Park.

Montgomery (Powys, Wales)
A small historic market town in Wales, Montgomery is located close to the English-Welsh border. Peter Long, author of The Hidden Places of Wales, described the north Powys region in which the town is located as having “some of the best preserved sections of Offa’s Dyke,” as quoted by Sally Williams of WalesOnline. Montgomery itself entices visitors to explore and engage in fun or cultural activities—for example, they had their first town crier competition in the summer of 2014. From the 13th century St. Nicholas Church with Lord Richard Herbert’s elaborate tomb to Montgomery Castle, the County War Memorial overlooking the town, summer theatre and scenic cycling routes, there is plenty to keep a visitor’s attention.

Castell-y-Bere (Snowdonia National Park, Wales)
You’ve probably heard of Snowdonia National Park, but you may not know Castell-y-Bere. Wales is known for its density of castles but the impressive ruins of this one are sometimes forgotten. Castell-y-Bere, located close to Llanfihangel-y-Pennant, was built by Prince Llywelyn the Great circa 1221. Numerous parts of the castle are still intact, including its D-shaped towers; visitors can walk “room-to-room” letting their imaginations run wild. 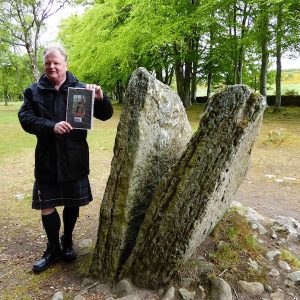 Clava Cairns (near Inverness, Scotland)
Less than three kilometres from the Culloden Battlefield lies the lesser known Clava Cairns, also known as Balnuaran of Clava. The three remaining cairns set inside a picturesque wood are examples of Scotland’s best preserved burial chambers from the Bronze Age, and especially magical to visit at sunrise or sunset. You can manoeuvre through the passageways of two of the cairns. Prehistoric cup and ring marked stones are also featured.

Sharmanka Kinetic Theatre (Glasgow, Scotland)
While Glasgow is not off the beaten track, its Sharmanka Kinetic Theatre is far from conventional. Russian sculptor Eduard Bersudsky, who moved to Scotland in the early ‘90s, is the mastermind behind the Gothic-esque workshop of hundreds of mechanical contraptions. Together the sculpted characters, lights and sounds tell Russian and Scottish folk stories that delight and stir thought among audiences of all ages. The Herald’s Mary Brennan described the experience: “It’s grotesque, it’s stunning, it’s spiritual, it’s dark, it’s mystical and it’s very, very human.”

Saint Nectan’s Glen (Cornwall)
For some, it is a sacred site; for others it’s magical. Saint Nectan’s Glen in Trethevy, Cornwall, rumoured to be within King Arthur territory, is classified as a Site of Special Scientific Interest due to the rarity of some of its plant species, and is home to not only wildlife, but also apparently piskies (pixies) and fairies. The site allows for an enchanting wooded walk along the river to the 60-foot waterfall—said to have healing properties—and the hermitage, which has a café serving up characteristic Cornish fare, a gallery and a meditation room.

Adventures Around the Isle of Man
Walking and driving are just fine to see the island Finn MacCooill “threw into place.” But if you want to intimately explore the Isle of Man, why not try something completely different? The island offers a number of adventurous opportunities to do just that, from horseback riding throughout the countryside to gorge scrambling and sea kayaking. You can also take a Segway Safari tour on the beach or in a forest. Or go coasteering—scaling, jumping off and swimming along the coastal shores. One company leads such tours near Maughold, a village named after a Celtic saint; and the Kirk Maughold parish church has quite a selection of Celtic and Viking crosses.

Ribeiro (Galicia)
Ribeiro is a comarca or district in Galicia’s province of Ourense. The hills and vineyards—the area has been winemaking for centuries—the monasteries, the hórreos—traditional stone structures for storing grain—and walking paths alongside the Avia and Miño rivers, make for an enticing area to explore. Ribadavia, the Kingdom of Galicia’s ancient capital, is now commonly known as Ribeiro’s capital. With a medieval quarter – named an Artistic-Historical site in 1947 – old churches and a castle, a Jewish quarter, festivals, museums, and a chance to relax and socialize in the Plaza Mayor while enjoying some local wine, there is plenty to experience in Ribadavia without feeling like a tourist.