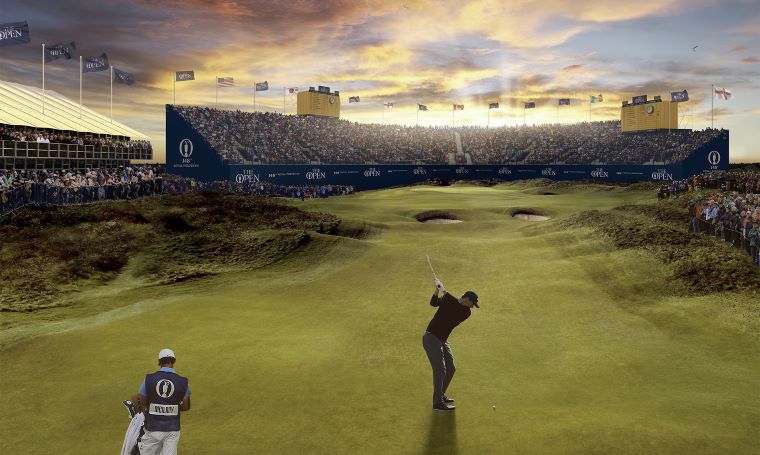 Rory McIlroy shot 61 on the course as a teenager, Graeme McDowell grew up in the town of less than 8,000 people and spent much of his youth learning the game on the neighboring layout, and Darren Clarke calls Royal Portrush — both club and location — home.

Three major champions, all hailing from the tiny country of Northern Ireland, which is set to welcome the golf world to its shores this week for the 148th playing of The Open.

Most certainly, the success of these native sons played a role in the return of Royal Portrush to the Open rotation 68 years after its one and only staging of golf’s oldest championship.

McDowell’s victory at the 2010 U.S. Open, followed by McIlroy’s U.S. Open triumph a year later, which was then followed a month later by Clarke’s victory at The Open, gave Northern Ireland three champions in a span of six majors and helped shine a bright light on a part of the globe that had for decades seen its great golf pushed to the background due to myriad political conflicts.

But staging The Open is a monumental task and getting back in the conversation took more than the great play of the locals. McIlroy himself wastes no time when the subject is broached, pointing to a long-time club employee as the one who spearheaded the effort.

“You have to talk to Wilma,” McIlroy says. “Wilma Erskine. She was the key. She was the one who got this done.” 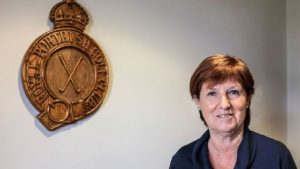 But McIlroy’s arrival as a star player, which happened to coincide with the three-major peak in 2007-08 of Padraig Harrington – who is from Ireland, south of the border – helped reignite the conversation about Royal Portrush, which hosted the only Open outside of Scotland or England in 1951, when Englishman Max Faulkner won the championship.

Erskine is in her 35th year as Royal Portrush’s secretary and club manager, and in no way is she willing to take credit for the course’s return to prominence. But she undoubtedly had a huge role by envisioning something greater than a sleepy outpost — which is basically what she found upon beginning her tenure at the club in 1984.

“When ‘The Troubles’ arrived in Northern Ireland, nothing happened; we were part of an economic downturn that saw declining membership,” Erskine recalls. “We didn’t have any visitor revenue coming from the USA. We were at the bottom of the pot.”

“The Troubles,” otherwise known as the Northern Ireland conflict, was a complicated religious and political struggle that lasted the better part of 30 years into the late 1990s.

Staging a golf tournament such as The Open would have been out of the question. Actually, staging any golf event of prominence would have been nearly impossible. After the 1951 Open, the R&A staged the 1960 Amateur Championship at Portrush – an event that did not return until 1993.

“That is sort of when we awoke,” Erskine shares. “We got the ’95 Senior British Open, and that was televised, particularly in America, and we were getting a lot more public attention. Media was starting to come to us. We started to get U.S. visitors. It’s one of those things where you’ve got to have some tournaments to get media attention, and then exposure, which helps bring money to reinvest. It’s like a circle.”

Royal Portrush had always been viewed as one of those faraway, mystical courses that showed up in rankings, but few had visited. Located north of Belfast on the eastern coast, it was a bit out of the way for some.

At the time, Royal Portrush was the 12th different venue to have an Open, with four already dropped from the rotation – Prestwick, Musselburgh Links, Royal Cinque Ports and Prince’s. And there was every reason to believe it could be part of the Open venues going forward; Royal Birkdale did not have its first Open until 1954, with Turnberry in 1977 rounding out the 14 venues that have staged the championship.

But the political unrest pushed Royal Portrush out of the picture, until it slowly began to regain stature.

“Around 2006, there was really nothing on the horizon, so a small group of people here formed a tournament committee to look at events we could aim for, both amateur and professional,” Erskine said. “The ultimate dream was The Open Championship. We all thought it was a dream, but let’s put it down as something we’d like to achieve.” 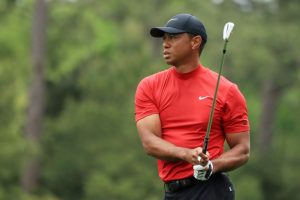 Seeing The Open return to Royal Liverpool in 2006 after 39 years offered hope. So did Carnoustie’s return in 1999 after last hosting The Open in 1975.

A big turning point was being awarded the Irish Open, which had not been played in Northern Ireland since 1947. Given just a year’s notice, Royal Portrush put on the tournament in 2012, and it came off almost perfectly, with record crowds that were so large “they had to stop selling tickets one week prior,” Erskine says.

Still, the R&A remained skeptical, at least publicly. An Irish Open is one thing; The Open quite another. The infrastructure, the planning, local accommodations, the golf course and, without a doubt, the bottom line.

“There is a great deal, and a huge amount of money would need to be spent, in my estimation, to make Royal Portrush a sensible choice,” said then-R&A chief executive Peter Dawson in 2012, just weeks after the successful Irish Open. “That’s not a criticism of Royal Portrush; it’s a wonderful golf course. But the commercial aspects of it are quite onerous. And obviously, the R&A would need to be sorting those things out, as well as just simply the logistics of the whole affair.

“It’s going to take some time to come to a view, and the view may be no. We’ll just have to wait and see.”

And yet, behind the scenes, Dawson was far more positive, and along with architect Martin Ebert, he came up with a plan where the 17th and 18th holes at Royal Portrush would be replaced by new sixth and seventh holes from the adjoining Valley Course. That allowed for a better set of finishing holes, while also giving the R&A much-coveted space for its tented village.

“Portrush had always been in the conversation, going back to when I started at the R&A in 1999,” said Johnnie Cole-Hamilton, the director of championships for the R&A. “At the start of the conversations we had with the club, it was made very clear, in order for us to have a spectator village, we needed the acreage. We needed those two holes. We talked about building two holes on the Valley course, the new seventh and eighth. They are just wonderful holes, and they look like they’ve been there for 100 years.”

Of course, there were still the logistical issues to sort out. Unlike the Opens played in Great Britain, Royal Portrush would require grandstands, scoreboards, tents, signs and the myriad other things used to stage the tournament to be shipped across the Irish Sea; the need for transportation planning and spectator accommodation needed to be sorted, with millions of pounds to be spent on improvements. And the members of the club needed to approve of changes to their course to stage The Open. 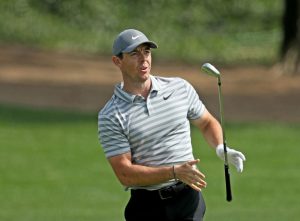 “I have a lovely letter from Peter Dawson inviting us to host the championship that was written in 2014,” Erskine says. “We had to go through the process, and then we had to go to the members to see if they would be happy to host the event. I think he enjoyed the project, was very much behind it. He saw Portrush as a new venue, and it was refreshing. Obviously there were the problems with Muirfield (membership) and maybe Turnberry (remote location), so here was a new venue.

“Underneath it all, I think he was very enthusiastic. We owe him a lot. I think he drove it through. He had to get it through various committees at the R&A, and then we had to approve it.”

And those five years have flown by.

“We couldn’t have imagined this 10 years ago,” says Deric Henderson, a local journalist who covered The Troubles for many years and now has a media consulting business in addition to being a member at Royal Portrush. “It’s like Christmas. Just so unbelievable.

“Even after the agreement [the 1998 Good Friday Accords], nobody ever imagined that The Open would ever come to Royal Portrush. In 1951, that’s a different era. As far as we’re concerned, this is the first time. And it’s absolutely massive. It’s completely off the scale, mind-blowing. Even for me, I’ve been through all The Troubles, working in Belfast, Dublin, London. And the idea of The Open coming … it was just impossible.”

This will likely be the biggest sporting event ever staged in Northern Ireland, home to roughly 1.7 million people, which likens it to West Virginia in population and Connecticut in land mass. The fact that three major champions emerged from that small part of the world still amazes.

McIlroy is from Holywood, a small suburb of Belfast, which is about an hour away.

McDowell grew up in Portrush, and although he played golf at Alabama-Birmingham and lives in Orlando, he still considers Portrush home. So does Clarke, the 2016 European Ryder Cup captain who spent considerable time lobbying the various powers that be to bring an Open to his club.

“It’s very difficult to get your head around something like that,” McDowell says.

“Geographically, you can drive form the north to south of Northern Ireland in an hour and a half and from east to west in two hours. It’s an incredibly small country. We’re blessed with some great golf courses, though.”

Royal Portrush is a long way removed from the ’51 Open won by Faulkner, who defeated a 21-year-old making his tournament debut, Peter Thomson, by two shots. The Aussie went on to win the championship five times.

But few Americans entered the tournament that year at a time when The Open often conflicted with the PGA Championship. That year’s PGA was won by Sam Snead. 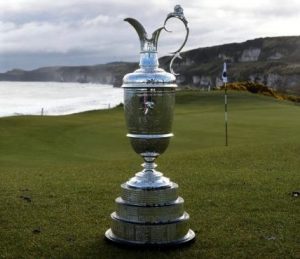 The gathering then might be called quaint, but it will be anything but for this week’s event, which will boast well in excess of 100,000 spectators. Ticket demand was so high that the R&A made a few thousand extra available this spring, only to be snatched up in days. For the first time, the Open will not offer ticket sales at the gate.

None of this is a big surprise to Erskine, who long ago saw the potential. The 7,335-yard course will be like many links in that the weather will be a big factor in scoring. But it’s a mix of long, tough holes as well as some shorter risk-reward options. And the views will be stunning, putting it on par with Turnberry for the most scenic of the Open venues.

“I was expecting that euphoric moment,” says Erskine, who will retire from her position at Royal Portrush at the end of the year. “I still haven’t had that yet. I’m excited to an extent, looking forward to seeing the likes of Rory and Tiger and the rest, but I want to make sure everything is right. I want to be sure everyone sees it as a great success. Perhaps that euphoric moment will have to wait until Sunday night.”