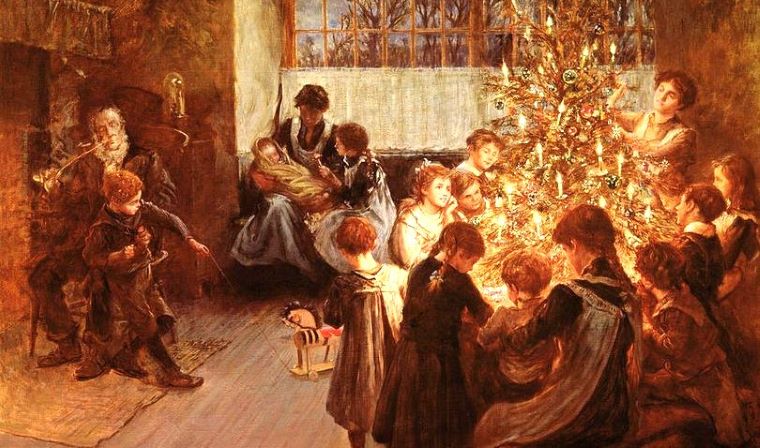 The Scots have always had a belief in the supernatural through the ages. These beliefs probably come from ancient pagan beliefs and traditions. One Scottish tradition is to keep their Christmas fires going all night long on Christmas Eve. If you didn’t keep your fire burning continually, unwanted spirits would supposedly come down the fireplace and into your home, bringing bad luck. The tradition of the Yule log is also practiced in Scotland at Christmas time. During the summer a log is cut and dried. Usually, Yule logs are cut from birch or rowan trees. On Christmas Eve, the dried log is brought into the house. The Yule log is circled around the kitchen three times. The Yule log celebrants make a toast to the log and place it in the fire to burn Christmas Eve night. On Christmas morning, people looked at the ashes in their fireplace. If there was a foot shaped ash, it was used to tell the future. If the foot shaped ash faced the door, someone was predicted to die within the coming year. If the foot shaped ash faced toward the inside of the house, a new arrival was expected within the coming year. 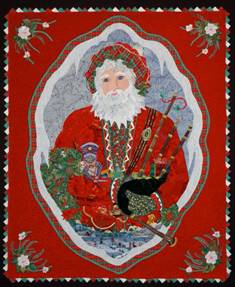 The ban on Christmas was lifted in the 1950s. Because Christmas was not openly celebrated for about 400 years, it is not celebrated by the same elaborate means that is can be celebrated in other countries. Modern celebrations of Christmas have been influenced by the media and traditions from other countries, such as the United States. Scots can be found eating a turkey dinner similar to that eaten by people in America on Thanksgiving. The Scots have been tree lovers since the Druids of ancient times, so pine trees are decorated at Christmas time, as well. And everyone loves a present, so gifts are now exchanged at Christmas time in Scotland. Santa has made an appearance and become a part of Scottish Christmas tradition in recent times. According to one source, Christmas lists to Santa are put in the fireplace fire. When they turn to smoke, they go up the chimney to Santa.