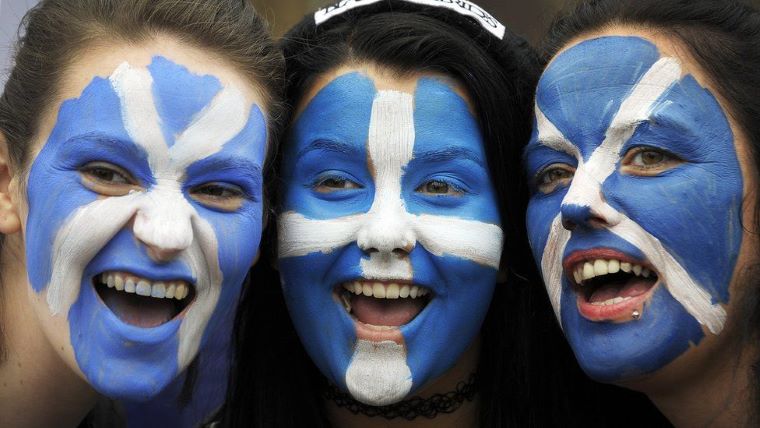 Scottish sayings and words, combined with that unmistakable accent, can often make English sound like an entirely different language when you’re ‘north of the border’.

“Whit’s fur ye’ll no go past ye.”
This one basically means ‘whatever is meant to happen to you, will happen to you”! It’s the Scottish phrase I heard whenever I’d moan or complain about not getting something (or someone!).

“You’re a wee scunner!”
This was usually said with a touch of impatience, as a fair translation would be “You’re a little whiner/nuisance”. If I complained about being bored, or was being whiny and difficult, this was the response I’d get.

“She’s up to high doh”
This means “She’s all worked up” or “She’s got herself all riled up”.

“Awa’ an bile yer heid”
This Scottish phrase is another one that needs a double-dose of translating! Simply putting it into English results in “Away and boil your head!” – which probably won’t help you much. What it means is something along the lines of ‘Get lost!’ or ‘Forget it!’ – and it’s usually said to someone who is deemed to be talking rubbish, or wasting your time.

“Yer bum’s oot the windae!”
Another colorful Scottish saying, that definitely needs some explaining. Direct English translation would be “Your bum is out the window”, but that’s probably not going to make you any the wiser. So, the actual meaning of this phrase is something along the lines of ‘You’re talking rubbish (trash)’, or ‘You’re not making any sense’. Believe me, I heard this one a few times! 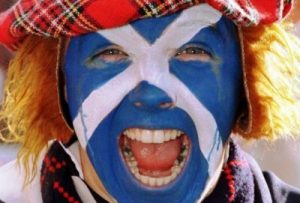 “I’m going to the pictures”
The ‘Pictures’ is the movie theater.

“I’m getting the messages”
This is one of the Scottish sayings that you might think doesn’t need translating – but you’d be wrong! In this case, the ‘messages’ are not what you’re probably thinking. ‘Messages’ are ‘groceries’ or other things that you’d get from the store. So, literally speaking this Scottish phrase means “I’m doing the (grocery) shopping”.

“It’s time to get your jags”
This isn’t a phrase that any kid wants to hear! ‘Jags’ are vaccinations, so it means “It’s time for your shots”. Not fun, and guaranteed to send me running in the opposite direction!

“I’m going ta skelp yer wee behind!”
The English version of this Scottish phrase would be “I’m going to smack your little bottom” (bottom is ‘butt’ or ‘rear’ for those in the US). Didn’t hear this one too much either, but can’t say I NEVER heard it!

“They’re flitting”
This translates to “They’re moving house”. ‘Flit’ is to ‘move’… that one was easy, for once.

“You’re a long time deid”
English translation of this one is ‘You’re a long time dead’, and if you’re thinking that’s a pretty obvious statement but are still not sure what it means, try this…‘Enjoy life, because once you’re dead you’re going to be that way for a long time!’ Not very uplifting, but true all the same.

“A nod’s as guid as a wink tae a blind horse”
This one was a challenge in terms of its’ meaning! The English translation is ‘A nod is as good as a wink to a blind horse’, but that’s still a bit obscure. The best I can come up with in terms of what it means is this… ‘If the horse is blind it doesn’t matter whether you nod your head or wink your eye, he still won’t see it’. Hmm… not sure when I’d use that one, but I’m sure it will come in handy one day :o)

“Yer aff yer heid!”
If you’re starting to get a ‘feel’ for Scottish-English now, then this Scottish saying is pretty easy to understand. Translated it says “You’re off your head!”, meaning ‘you’re crazy’.

“Haud yer wheesht!”
Okay, you may need a little help with this one though. English translation is “Hold your tongue” or “Be quiet!”. Strangely enough I didn’t hear this one too much. Of course, the fact that Nanas’ hearing wasn’t good may have been a factor there.

“Ah dinnae ken”
This one is short and simple, translates to “I don’t know”.