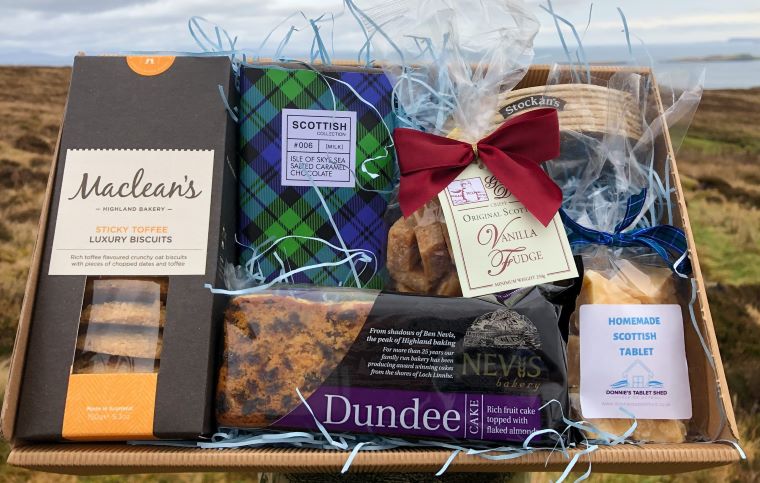 Be sure to savour these Scottish culinary mainstays on your next visit!

Dundee Cake
One of Scotland’s most famous foods is its light fruit cake, Dundee Cake.  As with many Scottish delicacies, there are a number of stories behind its beginnings. Some believe that Keiller’s marmalade company were behind it, whereas others claim that the cake was made for Mary Queen of Scots because she didn’t like cherries in her fruit cake.

Aberdeen Angus Beef
The Lonely Planet’s Food Lover’s Guide has Aberdeen Angus beef as one of the best foods to be found in Scotland. It describes it as “the pride of butchers’”, and in all honesty, they’re not far wrong.

Arbroath Smokie
These Scottish treats are thought to have originated in the small village of Auchmithie, but the smoking process was soon moved to Arbroath. Smokies were accidentally created when a fire started in the store holding the salt-preserved haddock.

Lorne (Square) Sausage
If you order a cooked breakfast in Scotland, you might be surprised to find a chunk of square meat adorning your plate. This is the lorne sausage – believed to be named after a Glaswegian comedian, Tommy Lorne. There are some other theories behind the square sausage though, some say it’s named after the Firth of Lorne, whilst others believe it was created because a flat sausage makes a better sandwich! 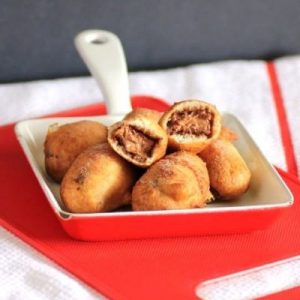 The battered Mars bar has now achieved worldwide fame and symbolises just about everything that is wrong with the traditionally unhealthy Scottish diet. However, it’s not just Mars bars that are deep-fried up north, pop into any fish and chip shop and you’ll find deep-fried fish, sausages and pizzas! Of course, we wouldn’t recommend eating these Scottish foods regularly, but a wee taste won’t do any harm.

Macaroni Cheese Pie
Only in Scotland would you find a teatime favourite inside a pie. There is little need for explanation as the name really tells all, macaroni cheese in a pie. This delicious snack packs moreish cheesy goodness into a hot water pastry crust.

Oatcakes
The Scottish savoury oatcake is different to any other type of oatcake you may have had before. These oatcakes (sometimes known as bannocks) are made using oatmeal and are either baked or cooked on a girdle. Scottish oatcakes are often paired with smoked salmon and cheese for a scrummy snack.

Shortbread
There is nothing more classically Scottish than shortbread. This biscuit is made using just three ingredients: flour, sugar and butter.  Scottish shortbread is now eaten all year round, but traditionally on special occasions such as Christmas and Hogmanay.

Neeps & Tatties
Literally, swede and potatoes… this side dish usually accompanies another Scottish delicacy, Haggis, but goes well with any meat.

Black Pudding
Unsurprisingly, black pudding is not a dessert. This is another addition to the cooked breakfast but was originated as a way of making use of the whole pig. Although pig’s blood, oats, barley, spice and fat, all blended into an intestine really doesn’t sound that appetising, it really is worth trying.