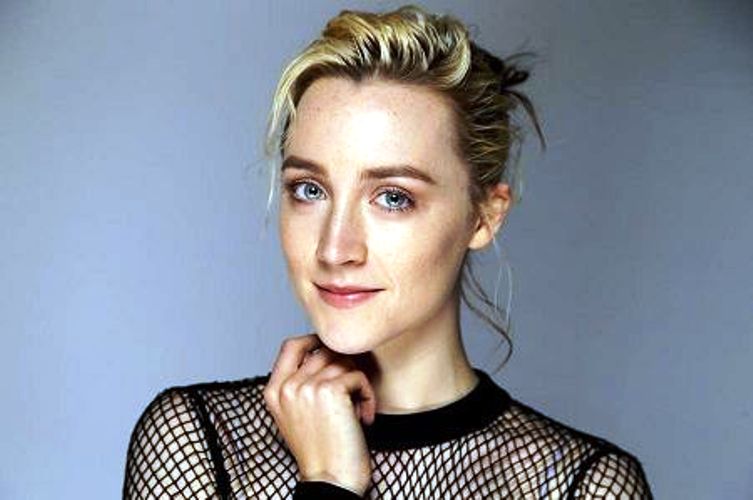 Eilis in “Brooklyn,” Hanna in the action film of the same name, Abigail in “The Crucible” on Broadway, “Lady Bird” and this month “Mary Queen of Scots.” When you step back to consider it, Saoirse Ronan’s cast of characters represent a group of fiercely independent women, iconic roles that are already a part of Hollywood history.

But it’s not like she’s making it her life’s mission. She’s just interested in exciting, edgy characters. If there’s a connecting theme uniting these roles it would be personal strength she says. “Yeah, they are strong roles,” she tells IrishCentral’s sister publication, the Irish Voice. “I don’t necessarily make it my mission to do that though, but I guess it’s what I’m attracted to, you know.”

It all comes down to the writing, she says. “I think what comes with sort of stronger, more self-determined characters are well-written characters, and characters are part of an interesting story.”

“I would also look to play someone who is – and Lady Bird had a bit of an example of this – just a bit of a mess and doesn’t really know her arse from her elbow, but once she’s well written it’s fine. They don’t have to be the most defiant, strongest person ever, but I think the ones that are in general have the best arc and a part of an interesting story, so I have always been interested in that because it has always given me something to play.” 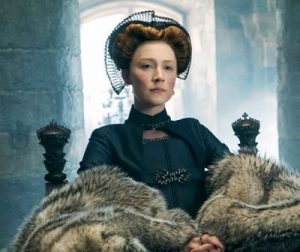 If you haven’t seen Ronan’s new film “Mary Queen of Scots” yet you’re in for a special treat as she tackles headlong the life of this much-maligned Celtic queen. The role is dependent on Ronan’s film acting skills, of course, and she’s a revelation from start to finish.

Promoting Mary on The Tonight Show Strarring Jimmy Fallon this month she was stunned when he made an unexpected request, would she sing “Fairytale of New York” with him live on set? Behind that question was an even more troubling one, could she sing it? The answer turned out to be a resounding yes.

“Oh God, I didn’t know I was going to be doing that and I said to Jimmy, ‘That’s a really hard song to sing,’ and he said, ‘You’ll be fine,’ and ‘You’ll be grand’ because he’s good at everything.”

She starts to laugh: “I said it’s easy for you to say that.” (Fallon is a comedian, actor, singer and Saturday Night Live alum.)

But it turns out that, nerves aside, she has a genuinely strong singing voice, belting out the lyrics live on air, and the clip became a viral hit as soon as it hit the web.

Meanwhile, it’s the last day of Ronan’s big international promotional tour for Mary (earlier in the month she wrapped filming Little Women with director Greta Gerwig and actors Timothee Chalamant and Meryl Streep) so she’s been flying around the world nonstop and feeling the strain a bit now.

“I was with a friend who is fluent in Irish and she has been teaching me phrases every day. Do you speak Irish? How do you say they’re driving me mad?” It helps to be able to say this to a friend where no one else understands what you’re saying or feeling.

As for “Mary Queen of Scots,” the film speaks for itself as a feminist triumph, which means it gives the two powerful women at its center (Queen Mary and Queen Elizabeth, played by Ronan and Margot Robbie) back their own voices and their agency, and particularly in the case of Mary because she didn’t get to write her own history, does Ronan agree?

“Exactly, yeah. I started to learn more about her from documentaries and historical studies and I read John Guy’s book (‘Queen of Scots, The True Life of Mary Stuart’) that the script is based on. They were so many accounts that were all just so biased and the way they painted her was just so unfair and untrue. She was sort of depicted as this femme fatale who was way in over her head and who never added anything to Scotland when she came. That was just completely untrue.” 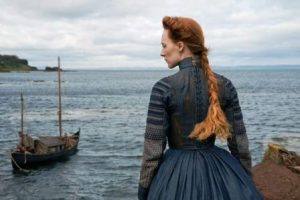 What emerged as she read up on Mary was a far more complex portrait that fueled her performance: “She was really politically astute and read people really well. Her real talent was people. She was also incredibly generous and she was forgiving too, which is why if they were expecting a pushover they were disappointed she wasn’t.”

Mary also has relevance to the political leaders and thinkers of our own time, Ronan says. “I kind of think she was a combination of Bernie Saunders and Gloria Steinem. She was an idealist and a fighter and she believed in people but was also like I’m the f—ing queen, I’m going to rule. So yeah, when I started to read these other biographies about her I realized that it was a responsibility on whoever was going to make this film that we tell her real story.”

It’s made pretty clear in the new film that the men of Scotland and England will simply not consent to be ruled by two women. “Yeah, not at all. And they sort of don’t know how to handle her either, she’s so young and they haven’t had a woman in the court since her mother died and all of a sudden there’s two of them on the one island. That in itself even now is unusual. Theresa May is down south and Nicola Sturgeon is up north and these two women are essentially running the island. I don’t think that in her time the men could wrap their heads around that and I think that Mary knew that and was able to play on that.”

Actor David Tennant (who plays the role of firebrand protestant minister John Knox) finds a way to smuggle in all the misogyny and sexism lurking under the cloak of religion to attack Mary’s integrity, her Catholic faith and her right to rule. He shows us what is really in play.

“Knox wrote an essay about it, how it’s a monstrosity that women should be in power. He talked about their weaknesses and how they were very much second-class citizens and should be treated as such. I do think it was the fact that she was a woman. I think she hated any religion that wasn’t his and anyone who believed in any other was an abomination that wasn’t puritanism or Calvinism.”

It shows you just how hostile the environment was for the young would be queen.

“She was just getting it from all angles really and there was no let up and its incredible really when you think about it that she lasted as long as she did, because at no point did she have a time where the men in her court where behind her and who weren’t scheming behind her back,” says Ronan. 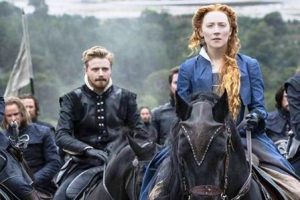 Onscreen and in the real world, Ronan is an ally to the LGBT community and some of the strongest and most shocking scenes in the film involve what happens to women and gay men under this particularly brutal 16-century patriarchy.

“It was one of those tricky things, they were living in a time when sexuality was very fluid and people were – it wasn’t necessarily met with the same disgust for a man to sleep with another man – as it would in the Victorian era and after that. They were living in the Renaissance when people did whatever they wanted and did whoever they wanted and that wasn’t as much of a thing.”

“But the fact that they used that (the murder of David her nobleman in waiting) as a way to get to Mary and as a way to blackmail her not-so-discreetly gay husband Darnley (played by her rumored boyfriend, Scottish actor Jack Lowden, 28). It just sort of shows the huge amount of humanity that Mary had that she continued to trust the people around her and supported them, whoever they were and whatever they wanted to do.

She even says when David and Darnley sleep together that she’s not shocked. She understands that she needs Darnley to produce an heir, it’s more about that.”

Next up is her film role opposite Kate Winslet in “Ammonite,” the new film by “God’s Own Country” director Francis Lee. Ronan will play Winslet’s love interest in another film that will see her play a historical character (filming is set to begin in March 2019) and so she’s not at liberty to discuss the project yet.

With a banner year behind her, Ronan is now, like everyone else, gearing up for a quiet Christmas, for her in Ireland. I mention a new sign at Dublin Airport this Christmas that reads Being Irish is my Superpower. Does being Irish help you with all the carry on around being a film actor and a Hollywood star?

“Yeah, it has done. I think it has definitely helped to anchor me for sure. And its been a really nice thing to hold on to when I’m away, to have that and know where your roots are is an important thing when you’re doing stuff like this so yeah. That has really helped.”

Mary Queen of Scots is now in theaters around the world.