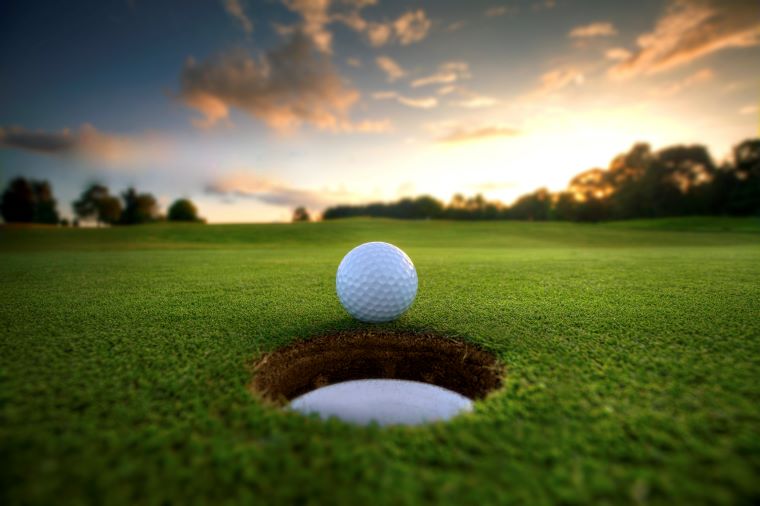 Whether it’s the challenging holes, the picturesque landscapes or the legendary moments that took place on their greens, world-class golf courses can be found among the Celtic Nations and Diasporas.

St. Andrews Links (Old Course) St. Andrews, Scotland
St. Andrews, the “Home of Golf,” dates back to the 1400s. Old Tom Morris, responsible for its existing double greens, served as custodian from 1865 to 1903. Course features include the “Hell” bunker and what former European Ryder Cup Captain Paul McGinley calls “the most famous first tee shot in golf.” The Old Course has hosted the British Open 28 times and co-hosts the Alfred Dunhill Links Championship annually. Numerous legends have played there, from Bobby Jones, who said it was the last course he wanted to play before he died, to Jack Nicklaus, who said goodbye to the sport at the St. Andrews 2005 Open. www.standrews.org.uk

The Royal County Down Golf Club Newcastle, Northern Ireland
Surrounded by the Mountains of Mourne and Dundrum Bay, Royal County Down offers an exceptionally gorgeous view from each hole. Charles Darwin’s grandson and World Golf Hall of Famer, Bernard Darwin, described the course as “big and glorious carries, nestling greens, entertainingly blind shots, local knowledge and beautiful turf – the kind of golf that people play in their most ecstatic dreams.” Founded in 1889, much of the design came from Old Tom Morris. The course has hosted many notable amateur tournaments and some professional, including Senior Open Championships with Arnold Palmer, Tom Watson, Jack Nicklaus and other greats participating. www.royalcountydown.org

Muirfield Gullane, Scotland
The Scottish links course is the home of the Honourable Company of Edinburgh Golfers, the world’s oldest continuous golf club. They originally were based in Leith and Musselburgh before establishing Muirfield in 1891. Since 1892, Muirfield has hosted 16 Open Championships, witnessing the wins of such stars as Harry Vardon, Walter Hagen, Gary Player, Jack Nicklaus, Nick Faldo, Ernie Els, and Phil Mickelson. Muirfield’s design is distinctive in that it consists of two nine-hole circuits, one clockwise and the other counter, so that golfers never have to face the same wind conditions consecutively. www.muirfield.org.uk

Ballybunion Golf Club (Old Course) Ballybunion, Republic of Ireland
The Ballybunion Golf Club is home to two links courses, the Old and the Cashen. The Old Course, founded in 1893, has become a favourite of Tom Watson, American pro with eight major wins since his first visit in 1981. Watson even helped remodel the Ballybunion to its current state. Other notable events through its history include President Bill Clinton’s visit in 1998, the 2000 Murphy’s Irish Open and the 2004 Palmer Cup. Stunning terrain and scenery, with views of the Atlantic Ocean and a dune grassland, make Ballybunion a true gem. www.ballybuniongolfclub.ie 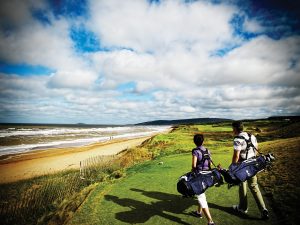 Cabot Links Inverness, Cape Breton, Canada
Less than a decade since it officially opened, Cape Breton’s Cabot Links has already caught worldwide attention. Recently it was ranked 42nd best in the world by Golf Digest. Located on the former coal mining site of Inverness, it has been declared Canada’s only authentic links course, with every hole overlooking the ocean. Highlights include six holes along the beach, and the running approach shot and double greens associated with the 13th. SCOREGOLF columnist Bob Weeks described the course as “simply the best golf I have experienced.” www.cabotlinks.com

Pine Valley Golf Club, NJ, USA
GOLF Magazine has ranked Pine Valley the world’s top course every year since 1985. PGA of America President Ted Bishop recently described it as the “most difficult course in the world.” Despite Pine Valley’s reputation, it is shrouded in mystery. The public is only invited to the course during its annual Crump Cup. The tournament is named after Pine Valley’s original designer, who died before the course was completed. George Crump’s vision included golfers only being able to see the hole they were playing and a course that required every club in a golfer’s collection. Notable visitors have included President Eisenhower, Bing Crosby, Bob Hope and Bobby Jones. www.pinevalleygolfcc.com

Cypress Point Club Pebble Beach, CA, USA
Known as the “Sistine Chapel of Golf,” Cypress Point was designed by Alister Mackenzie. The course’s 16th is known as one of the world’s toughest holes as it involves a 231-yard tee shot. Cypress Point co-hosted the AT&T Pebble Beach National Pro-Am until 1991. It was dropped from the tour for not abiding by PGA requirements of adding an African American to its membership. In 2010, Sports Illustrated’s Alan Shipnuck reported that it was a case of not wanting to interfere with the course’s seven-year waitlist and that Cypress Point now had African and Asian-American, and a long history of female, members.

Royal Melbourne (West Course) Black Rock (Melbourne), Australia
Founded in 1891, Royal Melbourne is known as Australia’s oldest continuous golf club. Scot Alister Mackenzie designed the course, and the construction was supervised by club member and winner of the 1924 Australian Open, Alex Russell. Its West Course is consistently ranked number one in Australia, its East Course among the top 10. When Royal Melbourne hosted the Canada Cup in 1959, it combined 12 holes from the West with six from the East, which is now known as the Composite Course. It has been the site for many national and international tournaments including the first Presidents Cup held outside the U.S. www.royalmelbourne.com.au

Royal Porthcawl Golf Club Porthcawl, Wales
Founded in 1891, today Royal Porthcawl boasts 10 authentic-style links holes, with the remainder still offering stunning views of the Bristol Channel. The Porthcawl, Wales course has hosted a plethora of championships, both amateur and professional, from the Welsh Golf Classic to the British Masters, as well as its fair share of historical golf moments. One such milestone is former Captain of the R&A, William Campbell playing the Amateur Championship there in both 1951 and 1988. www.royalporthcawl.com

St. Enodoc Golf Club (Church Course) Rock, Cornwall, England
Golf can be enjoyed all year round at St. Enodoc’s Church and Hollywell Courses. Among its many world class awards, the most entertaining perhaps is being ranked Great Britain and Ireland’s fourth best course “to put a smile on your face” by Golf World. The Church links course, designed by James Braid, hosted the English County Finals in 2005 and showcased the 2014 English Women’s Amateur Championship. Highlights of Church include the 80-foot tall Himalayas Bunker and views of 11th century-old St. Enodoc Church, the burial place of poet laureate John Betjeman. www.st-enodoc.co.uk