Ten Must See Spots in Ireland 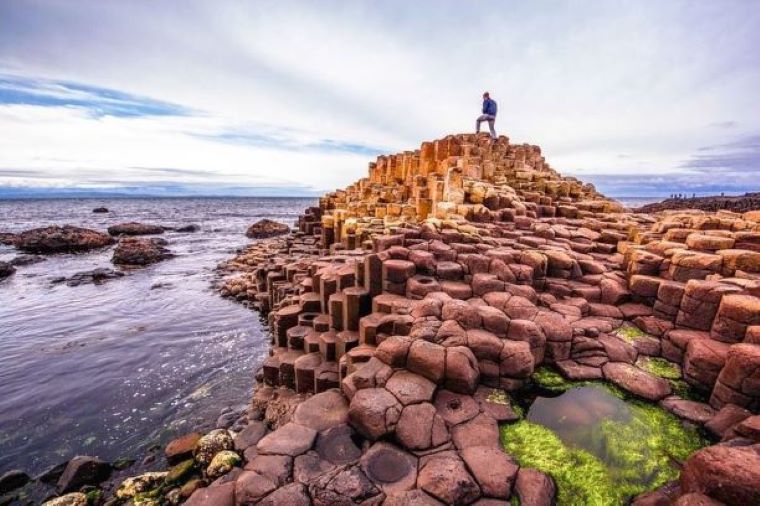 The Emerald Isle is awash in lush landscapes and stunning seascapes. Don’t miss these ‘must-see’ spots!

The Giant’s Causeway in Co. Antrim comprises 38,000 interlocking basalt columns, the result of ancient volcanic activity throughout the area. The cliffs maintain a stepped appearance due to the succession of five or six lava flows through geological time. Their average height is 328 ft. Currently, it ranks as the most popular tourist destination in Northern Ireland.

The Burren, from the Irish Boíreann meaning “a rocky place,” is a limestone-laden region in northwest County Clare. The area encompasses 155 square miles, bound by the Atlantic Ocean and Galway Bay. A small portion earns the distinction as one of the Republic of Ireland’s six national parks.

The Dingle Peninsula, located in southwest Co. Kerry, features steep, seaside cliffs, sandy beaches and rolling mountains. National Geographic Traveler once described the Dingle Peninsula as “the most beautiful place on earth,” and Trip Advisor recently ranked the locale as the second-best destination in Ireland.

The Sperrin Mountains, sprawled across Counties Tyrone and Derry, is designated an Area of Outstanding Natural Beauty by the Northern Ireland Environment Agency.  Recently, National Geographic included the location in its Top 101 Most Scenic Drives. As one of the largest, yet least explored mountain ranges in Northern Ireland, the Sperrin Mountains provide a picturesque backdrop to many indoor and outdoor activities. 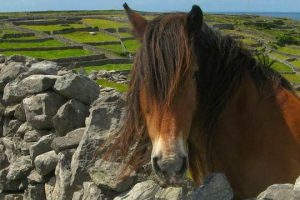 Binevenagh, located in Co. Derry, marks the western extent of the Antrim Plateau. Its steep cliffs, formed by molten lava, extend for six miles across the peninsula of Magilligan and dominate the horizon over villages such as Bellarena and Downhill. Like the Sperrin Mountains, it has been labeled an Area of Outstanding Natural Beauty. It offers views over Lough Foyle and County Donegal. It is a popular destination for hand-gliding, fishing and motorsport.

The Ring of Kerry, or Iveragh Peninsula, is a tourist trail that has attracted visitors for hundreds of years. It is renowned for its serene beauty and stunning views. Notable attractions include the Gap of Dunloe, a narrow mountain pass between Macgillycuddy’s Reeks and Purple Mountain.

Located in Co. Clare, the Cliffs of Moher are one of Ireland’s top visitor attractions. They rise 390 feet above the Atlantic Ocean at Hag’s Head, and increase to 702 ft. just north of O’Brien’s Tower. The cliffs host approximately 30,000 birds, representing more than 20 species.

Co. Donegal’s Bundoran Beach experiences wild and raging waves that continuously pummel its tan, sandy banks. Its steel blue water blends seamlessly into the horizon, offset by clouds that straddle its location on the northwest coast of Ireland. The beach has hosted the European Surfing Championships three times as recently as 2011.

The Glencar Waterfall is located in Co. Leitrim, approximately 7 miles from Manorhamilton. It is 50 feet high, and flows into Glencar Lough.