A growing movement aims to have Asturias acknowledged as a Celtic nation.

Asturias is an autonomous community in northwest Spain with ancient Celtic traditions, although its Celtic language died out in the Middle Ages.

For that reason, Asturias – and neighbouring Galicia – was rejected as national members of the international Celtic League in the mid-1980s. The league decided on a linguistic criterion for national membership, arguing that an area should only be considered Celtic if a Celtic language has been spoken as a historical community language within living memory.

“Asturies has occupied the same territory for more than 2,800 years,” he explains. “All the parameters of Asturian culture are Celtic: folklore, mythology, archaeology, history, crafts, etc.

“A language by itself does not have the capacity to confer identity or nationality to anyone. A Vietnamese person can learn the Welsh language perfectly, but that does not make him Welsh.”

Morán notes that although the Asturian Celtic tongue is extinct, remnants of it remain in the current language.

“The very name Asturias comes from the Celtic root Stour, which means river, or river course, a name that is often seen elsewhere in Europe, as in the Stour rivers in the U.K.”

He adds that other Celtic nations are also losing their languages.

“Except in the case of Wales, where 20 per cent of the population speaks Welsh, the rest of the Celtic nations are in a really dangerous situation.”

To support his claim, he points to his own research.

“In Asturias we may have lost our ancestral Celtic language, but we have kept alive all the other factors that shape our Celtic culture and identity.”

He points out that the first mention of the Asturians as a Celtic tribe came in 29 BC, in the work Geography by the Greek historian Strabo. At that time, women inherited property and held other powers indicative of a matriarchal society.

“Until recently, these features were preserved in Asturian territory as the custom of the covada, which consisted of the woman giving birth and continuing with her daily work while the man took care of the newborn.

“These people had great knowledge of the natural environment, and they used medicinal plants. The economy was diverse with surpluses used in trade. There was livestock and agriculture. Tribes such as the cilúrnigos made excellent metal cauldrons that were sold throughout the Atlantic Arc. They were also great goldsmiths.”

According to Morán, Asturias received two waves of Celtic populations. The first was of Britons in the sixth century AD. Their arrival is reflected in local place names like Beach of the Bretones and Bretones Village. There was also a wave of Irish, arriving in the sixteenth century to escape ongoing conflict with England.

Today, Asturians hold an array of annual Celtic events to showcase the strength of the culture. 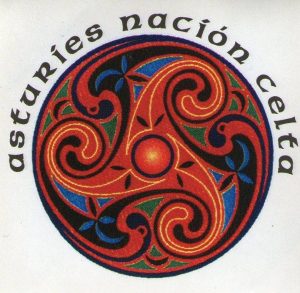 “In the capital of Oviedo, every Saturday and Sunday from May through October, there are parades of bagpipe bands in the city centre,” shares Morán. “There are food, beer, cider and literary events. There are also Celtic crafts and gold and silver markets.”

The Celtic League of Asturies was formed in 1980 with the aim making Asturias known as a Celtic nation. It now has close to 1,600 members worldwide, and is active at international events, including the largest annual Celtic gathering in the world – the Festival Interceltique de Lorient in Bretagne – which has recognized Asturias as a Celtic nation.

While the global acclaim is welcome, Morán says that he feels most rewarded for his work when he sees children dressed in traditional Asturian costumes and playing the bagpipes and drums.

“Or when I ask children about Asturian mythology and they know it is related to the mythology of other Celtic nations. Or when I go to a Celtic festival and see the flag of my nation flying alongside those of Ireland, Scotland, Wales, Cornwall, Isle of Man, Bretagne and Galicia.

“Going forward, we will continue to work hand in hand with our Celtic brothers and sisters for the preservation and promotion of our culture.”