The Best of the Isle of Man 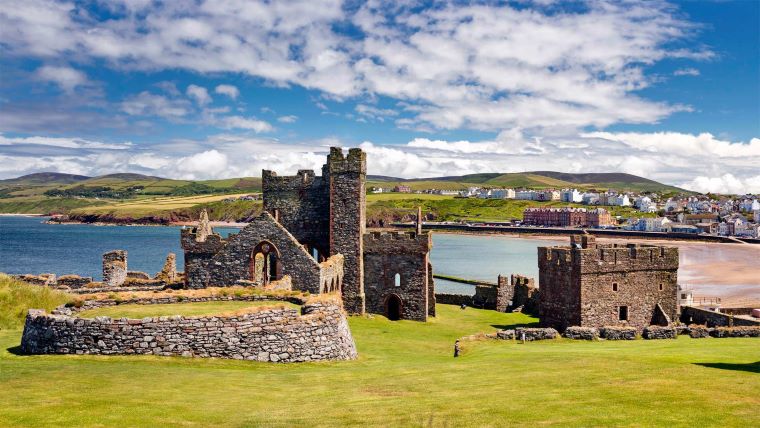 Home to tremendous scenery, wildlife and heritage, the Isle of Man offers an amazing array of adventures for both the rookie and seasoned traveler.

Explore the Sound
Often shrouded in low-lying mist, the Sound showcases some of the most spectacular scenery on the island. The springy mountainsides are clad with bright yellow gauze and heather, interrupted solely by coastal paths and slate stone piles. Hiding on the shores are seals, kittiwakes, guillemots and peregrine falcons. For those who want to warm up, there’s also a glass fronted café with panoramic vistas, providing shelter from the (sometimes) blowy coast.

Make a wish on Fairy Bridge
On an island full of folklore, there are treasures hiding around every corner and Fairy Bridge is one of them. It is considered bad luck to pass over the tiny white stone bridge without saying hello to the fairies, or ‘laa mie’ in Manx. The adjacent trees are speckled with the hopes and dreams of passersby, who write messages to the fairies in hopes of being granted a wish. If yours doesn’t come true, make another by knocking a coin into the wishing seat at Noble Hospital gardens.

Take a stroll in Manx Glens
Decisions, decisions – with 17 glens dotted around the island each with their own character, it’s difficult to pick only one to explore. Ballaglass is blanketed by bluebells in spring, Groudle has a little railway run by volunteers but Glen Maye tops them all. It’s like taking a stroll through the Emerald City – everything is so luscious and green it could be mistaken for a tropical rainforest. Don’t miss the wooden bridge that traverses a roaring waterfall; if you start at the beach and head inland, there’s a pub with hearty Manx dishes waiting at the end of the Glen.

Climb Snaefell Mountain
From the island’s tallest mountain on a clear day, you can see all seven surrounding kingdoms: Mann, Scotland, Ireland, Wales, England, and the more debatable Neptune and Heaven. The walk is an easy hop, skip and jump away if starting at the Bungalow (a marker for the Manx TT motorbike course), but there are trickier routes across boggy and rugged landscapes. If you’re feeling adventurous, walk north-west of Snaefell to Sulby Valley, past tholtans (deserted Manx farmsteads) to encounter a colony of escaped Australian wallabies. 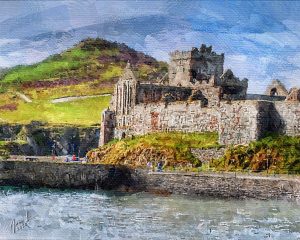 Watch the sun set at Peel Castle
Home to princesses and bishops, monks and Vikings, peasants and fisherman, Peel Castle has a lot of history concealed within its walls. Entry into the castle is £4.50 but you can amble around the surroundings and on neighbouring Fenella beach for free. Try walking at dusk – the sunsets in Peel are the best on the island. Keep a look out for basking sharks and seals along the breakwaters, for an added bonus.

Go hunting in the Cregneash Chasms
Fancy a spot of treasure hunting? Rumoured to be hidden in this unusual rocky landscape are Queen Mary’s jewels. It is believed she hid them at the chasms after she was held prisoner and escaped from Peel Castle circa 1580. The site itself is an interesting Manx feature, with giant crevasses and fissures carving up the earth.

Walk the ‘Way of the Gull’’
This walk is not for the faint-hearted – at 95 miles long, it would take a minimum of five days to complete. It meanders all around the coast, over cliffs, through glens and down steep gorges to forgotten beaches. Sections of Raad ny Foillan (Way of the Gull) not to be missed are Bradda and Maughold Head. Bradda Head is a gentle walk through the blooming fuchsias to a stone tower, which you can climb up and gaze over the pretty seaside town of Port Erin. During summer months, Maughold Head is home to puffins.

Wander around the Manx Museum
The Isle of Man has one of the most unique histories ranging from motorbike racing to the Viking occupation to interesting quirks and traditions. The museum tells the Story of Mann with interactive displays, galleries and short films. A personal favourite is the exhibition with the extinct Giant Elk, which at over 2m tall used to be ‘king of the island’. Admission to the museum is free and there is a reasonably priced café, serving delicious home-made soup.

Follow in the footsteps of the stars
Believe it or not, the Isle of Man has doubled as a Cornish fishing village, Scotland, London, Ireland and even as a Caribbean island! Since 1995, over 95 productions have been filmed on the island, which means there are a whole host of film sets to see. Parts of Waking Ned (1997) were filmed in Cregneash, when producers failed to find a village in Ireland Irish enough! A short walk away, Keeping Mum (2004) starring Rowan Atkinson and Kristin Scott Thomas was shot at the Sound. On the precarious road of Marine Drive, the high speed motorbike chase in the opening of Stormbreaker (2005) was filmed, which saw Ewan MacGregor being pursued by a gang of leather-clad villains.

Discover Balladoole’s Viking burial
Battling ferocious storms and rocky shores, Viking warriors invaded the Isle of Man in the eighth century. Their giant ships were not just a mode of transportation from one island to the next; they were also used to bury the most prominent members of society. At Balladoole, there was an 11m long Viking ship in which a male and female were buried. The site is not far from Castletown and having been excavated, is now marked by a rock circle. If you’re lucky enough to be visiting in July, there is a Viking festival, in which Viking ships land ashore and warriors invade the island once again.