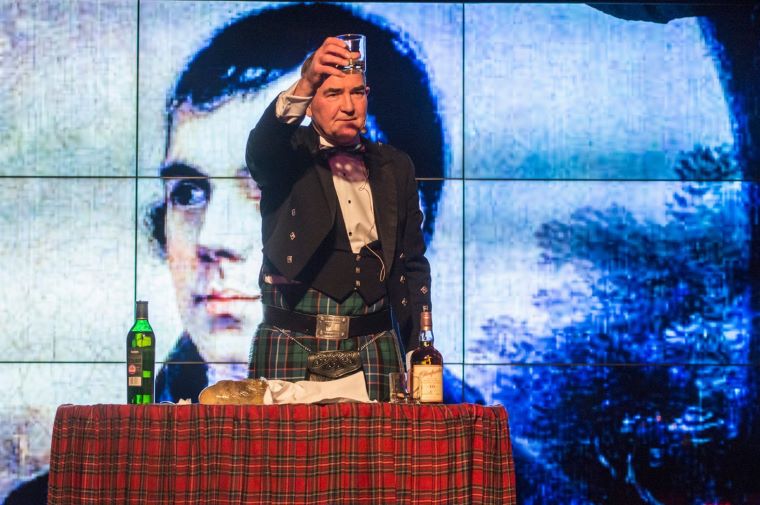 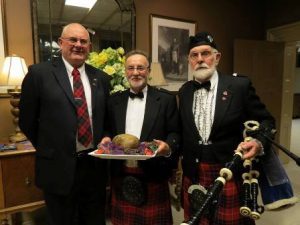 “Piping” of the haggis; Everyone stands as the main course is brought in. This is always a haggis on a large dish. It is usually brought in by the cook, generally while a piper plays bagpipes and leads the way to the host’s table, where the haggis is laid down. He/she might play ‘A man’s a man for a’ that’, ‘Robbie Burns Medley’ or ‘The Star O’ Robbie Burns’. The host, or perhaps a guest with a talent, then recites the Address to a Haggis. 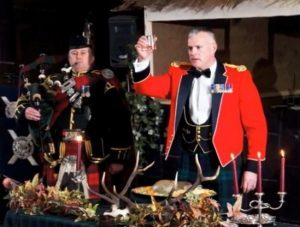