The Feast of St. Brigid 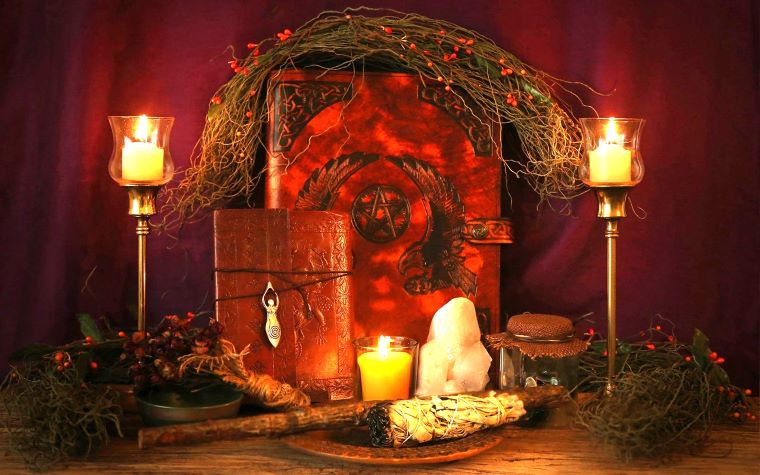 Imbolc, also known as the Feast of Brigid, celebrates the arrival of longer, warmer days and the early signs of spring on February 1.

It is one of the four major “fire” festivals (quarter days, referred to in Irish mythology from medieval Irish texts. The other three festivals on the old Irish calendar are Beltane, Lughnasadh, and Samhain – Halloween).

The word Imbolc means literally “in the belly” in the old Irish Neolithic language, referring to the pregnancy of ewes.

In ancient Irish mythology, Brigid was a fire goddess. Nowadays, her canonization is celebrated with a perpetual flame at her shrine in Kildare.

One folk tradition that continues in some homes on St. Brigid’s Day (or Imbolc) is that of the Brigid’s Bed.

The girls and young, unmarried, women of the household or village create a corn dolly to represent Brigid, called the Brideog (“little Brigid” or “young Brigid”), adorning it with ribbons and baubles like shells or stones. They make a bed for the Brideog to lie in. 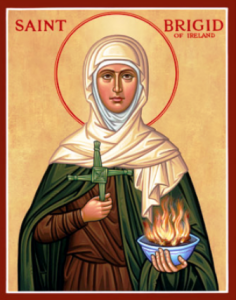 On St. Brigid’s Eve (Jan 31), the girls and young women gather together in one house to stay up all night with the Brideog and are later visited by all the young men of the community who must ask permission to enter the home, and then treat them and the corn dolly with respect.

Brigid is said to walk the earth on Imbolc eve. Before going to bed, each member of the household may leave a piece of clothing or strip of cloth outside for Brigid to bless. The head of the household will smother (or “smoor”) the fire and rake the ashes smooth.

In the morning, they look for some kind of mark on the ashes, a sign that Brigid has passed that way in the night or morning. The clothes or strips of cloth are brought inside, and believed to now have powers of healing and protection.

The following day the girls carry the Brideog through the village or neighborhood, from house to house, where this representation of the saint/goddess is welcomed with great honor.

Adult women – those who are married or who run a household – stay home to welcome the Brigid procession, perhaps with an offering of coins or a snack. Since Brigid represents the light half of the year, and the power that will bring people from the dark season of winter into spring, her presence is very important at this time of year.

Neopagans of diverse traditions observe this holiday in a variety of ways, celebrating Brigid’s divine femininity. As forms of neopaganism can be quite different and have very different origins, these representations can vary considerably despite the shared name.

Some celebrate in a manner as close as possible to how the ancient Celts are believed to have observed the festival, as well as how these customs have been maintained in the living Celtic cultures. Other neopagans observe the holiday with rituals taken from numerous other unrelated sources, Celtic cultures being only one of the sources used.