The Gaels of Ireland 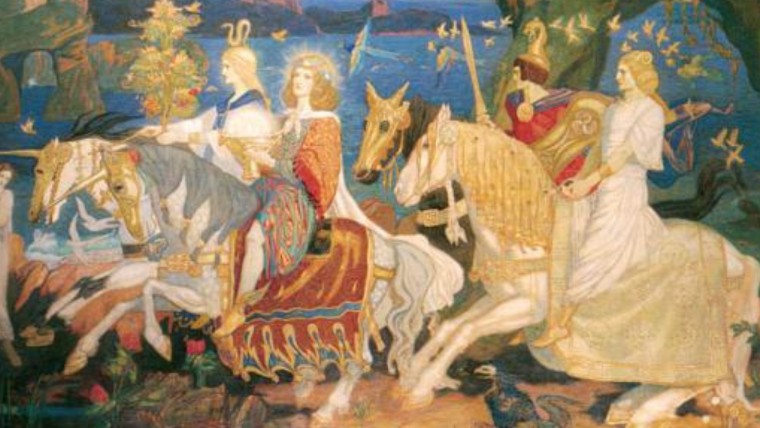 The Gaels of Ireland emerged in the prehistoric era and their lives and culture lasted until the early 17th century. During this period Ireland was known as an island made up of a hierarchy of territories, made up of families of clans, and ruled by a hierarchy of kings or chieftains.

Gaelic culture and society was organized and centered around the clan (spelled clann in Gaelic.) The landscape and history of Ireland was wrought with inter-clan relationships, marriages, friendships, wars, vendettas and trading etc.

Each person fit into a kin-group or clan. This was a large group of related people supposedly descended from one progenitor through male forebears who were led by a male chieftain or king although the clans were primarily based on blood kinship, they also included those fostered into the group and those accepted into it for other reasons.

Succession to the chieftainship was through tanistry. A relative was elected by the clan to be his deputy and when the chieftain died the tanist would succeed him, but had to share the same great-grandfather as his predecessor. The tanist elected from clan freemen who shared the same great-grandfather. There could be more than one tanist in a clan and if so they would succeed each other in order of seniority.

Warfare between the territories was common during these times as the Irish Celts or Gaels as they called themselves, were fierce and courageous warriors who fought strongly for their independence. Their culture was based around war. The Gaels also cut off the heads of their enemies to bring home as trophies as did the Britons. 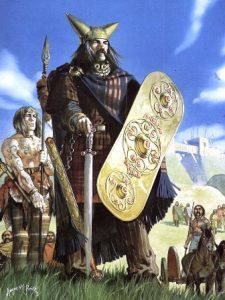 The ancient Gaelic culture was patriarchal and every woman had to have a male guardian. During the 8th century the preferred form of marriage was one between social equals. The woman was legally dependent on the husband and had half of his honor price. She could exercise considerable authority in regard to the transfer of property. Such women were called “women of joint dominion.”

Free women in Gaelic Ireland held a good position in society as social and property rights were quite on the level of men. Land was owned by men and inherited by sons, but if a family had no son to inherit, then the property passed on to the daughter.

Under Gaelic law, married women could hold property independent of husbands and couples could divorce or separate. These Irish Gaelic laws differed from continental Europe at the time and definitely differed from Catholic Church law.

Women could seek a divorce or separation as easily as men and all they had to do was to petition to do so. The woman could keep all the property she brought to her husband and into her marriage.

Therefore, some Gaelic wives wielded great political power and the wife of a chieftain was entitled to some share of the chief’s authority over his territory.

Their economy and lifestyle was mostly pastoral and money generally not used as the barter system reigned. They built huts or stone buildings in the round as houses. Land was plowed using wooden plows pulled by oxen. Almost all farming was subsistence based and there was very little trade in food.

They used the hill-fort as their defense system against invaders. It is these defensive hill-forts that are given credit for the Celts or Gaels remaining in power and culture in Ireland until the 17th century.

Their religion was initially polytheistic or pagan and they believed in many gods and goddesses. They revered and worshiped the oak tree and places of water were especially important to them. They practiced their religious rituals in oak groves.

Their religious leaders after the gods and goddesses were the Druids who were first and foremost priests who practiced the religious rituals. They also foretold prophecies, judged civil and criminal cases, and taught the religious practices to the Gaels. Religious lessons, like all Gaelic lessons were passed down verbally by word of mouth from generation to generation.

Animals were very important in archaeological diggings and later in their stories. We know today that bulls were worshiped and sacrificed by the Gaels. 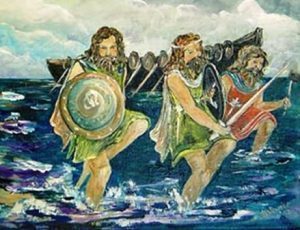 The sky and sun were also important to their religious practices and they believed in an afterlife. This is attested to by the archaeological digs of cemeteries that have discovered burials and graves with such things as food, weapons, and other implements that might be needed in the next life.

The early Gaels believed in magic and a belief in a parallel life of divine and magic entities such as faeries and leprechauns, which were told in Irish stories.

Women had spiritual and political power as Gaels with some being even warriors and Druids. They had four main pagan religious festivals each year that centered around and marked the four traditional divisions of the year: Imbolic, Bealtaine, Lughnasadh and Samhain.

Ireland’s rich mythology was originally passed down verbally and later written down by monks in Christian times. They modified these myths to fit the Christian role and tradition.

The Gaels established a rich verbal culture and appreciation of deeper and intellectual pursuits. When Christianity came to Ireland many of their spiritual and intellectual tasks were passed on to Christian monks who worked them into the Catholic religion and faith.

Poetry, music, storytelling, literature and other art forms were highly prized and cultivated in both pagan and Christian Gaelic Ireland. Hospitality, fulfillment of social and ritual responsibilities were held sacred.