The History of the Triskele 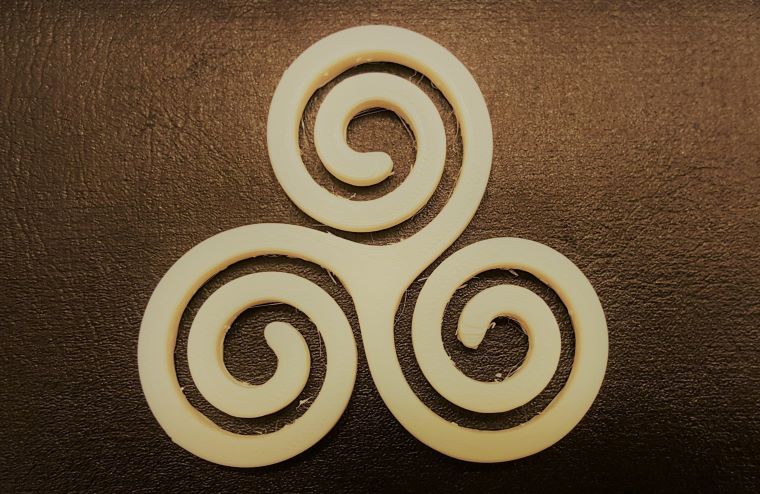 The triskele, or triple spiral, is an ancient symbol with many meanings. It commonly consists of three identical interlocked spirals or three identical protrusions stemming from a shared centre. A design with three-fold rotational symmetry may also be called a triskele.

Steeped in time, the triskele is a Celtic and pre-Celtic symbol found at ancient sites and on artifacts in Ireland, Europe and America.

Famously, the triple spiral is found at the 5,000-year-old Newgrange Passage Tomb in Ireland’s Boyne Valley. Pagans have often used the triskele to represent the sun, triadic gods, and the three realms of land, sea and sky. It can also represent the cycles of life and the Triple Goddess (maiden, mother and wise woman). Celtic Christians have used the symbol to represent the Christian Trinity.

The triskele is closely associated with the triskelion, a symbol which looks like three running legs. The triskelion is found on the flags of Sicily, the largest island in the Mediterranean, and on that of the Isle of Man in the Irish Sea. 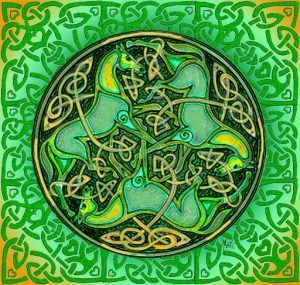 Some speculate that the Vikings copied the symbol from the Greeks, while adventuring in the Mediterranean, as the symbol is found on Greek coins.

The Manx or Isle of Man flag shows a triskelion composed of three legs armoured in chain mail, running clockwise and joined at a triangle.

On the Sicilian flag, three naked human legs are joined by the face of Medusa, festooned by three wheat ears. The legs are said to represent the island’s three promontories, while the wheat stands for fertility, and Medusa, for the island’s protection.

The origins of the Manx flag are unclear. A legend has it that one day the Celtic Sea God and island’s ruler, Mannanan turned himself into a three-legged wheel so that he could roll down the mountain and vanquish Norse invaders.

In the 10th century, silver pennies featuring the triple knot were issued in the English city of York by the Norse-Irish kings Sithric, Ragnald and Anlaf Cuaran.

Alexander III of Scotland may have adopted the symbol in 1265 when he took the Isle of Man from the Norsemen. Alexander’s wife was the sister of the king of Sicily and the symbol was already in use there.

Residents of the island occasionally debate which way the legs should run. On the island’s flag they run clockwise. They can run counter-clockwise, but should never be kneeling. The Latin Motto associated with the symbol means ‘Whichever way you throw me, I stand.’