The Irish Origins of Halloween 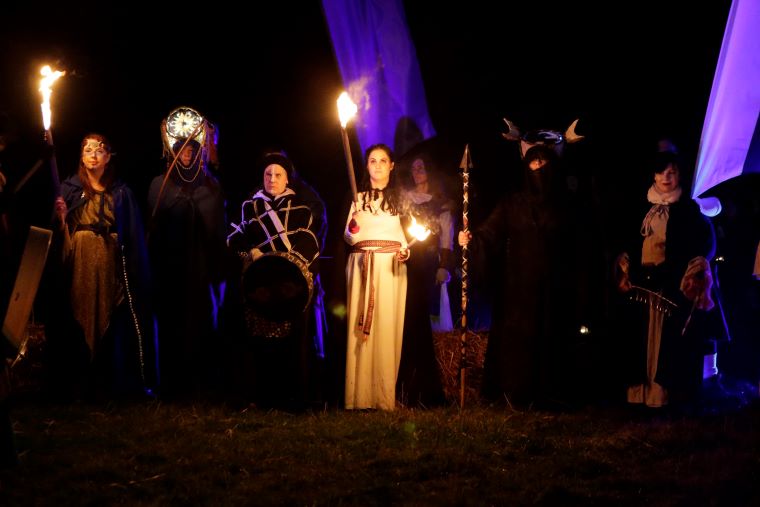 Halloween is coming – but did you know it is Ireland we have to thank for the most popular customs and traditions at the most unearthly time of year?

The Irish are famous for concocting a bewitching cauldron of mystery and merriment at Halloween time, and little wonder, Ireland is where it all began.

Trace Halloween to its origins and you will arrive right back in the mists of Ireland’s Ancient East and the Celtic festival of Samhain, a great celebration of fire and feasting that marked the end of the season of light and the beginning of the dark days of winter.

At this moment of transition, the Celts believed there was an interaction between the worlds of the living and the dead and that spirits could move between them. Fearing that all manner of beings might pull them into the otherworld before their time, the Celts would disguise themselves in costumes to confuse and scare off the roaming ghosts, fairies, hobgoblins, and demons.

The modern practice of dressing up at Halloween is firmly rooted in these old pre-Christian Celtic customs, as is the tradition of lighting bonfires, which began on hilltops in Ireland with clans and communities gathering to light huge ceremonial Samhain fires.

One of the biggest Celtic festivals of fire was at the peak of Tlachtga, or the Hill of Ward in present day County Meath. Recent archaeological excavations suggest the hill was used for feasting and celebration over 2,000 years ago and old manuscripts reveal that the Celts lit a fire here from which all the fires in Ireland were rekindled. 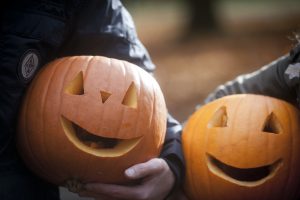 To this day the area around the Hill of Ward, and the nearby Hill of Tara where the High Kings of Ireland ruled, remains one of the centres of Irish Halloween traditions. The Púca Festival, a twenty-first-century Samhain celebration, is held in County Meath and neighbouring County Louth every year.

Lit up pumpkins with ghoulish faces is another much-loved aspect of Halloween. The practice of carving them began in Ireland, where turnips and large potatoes served as the original Jack-o-lanterns.

In fact, the name of the Halloween decoration comes from an Irish folktale about a man named Stingy Jack who played a trick on the Devil. As a punishment for his trickery, the Devil doomed Jack to wander eternity with only a burning ember from the everlasting fires of Hell inside a turnip to light his way.

Irish immigrants eventually brought the tradition to America, home of the pumpkin, and the winter squash has now become integral to the Halloween festivities.

Trick or treating is another Halloween tradition originating in Ireland, in this case with children and the poor going from door to door to ask for food, kindling or money. They sang songs or offered prayers for the soul of the dead in return for food, usually a soul cake which was a flattened bread that contained fruit. This tradition was known as ‘souling’.

The custom of dressing in costumes and making house visits to request small presents of sweets, fruit and money is alive and well in Ireland today, and in many other countries around the world.