The Love of Puffins 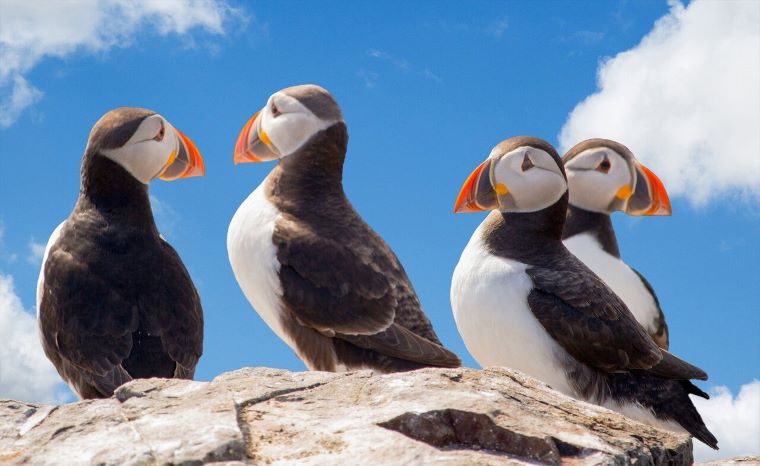 I have never forgotten the moment I saw my first puffin. I was sitting by the sea at Auchmithie, a small fishing hamlet on the east coast of Scotland, birthplace of that culinary delight the Arbroath Smokie! The day was sunny but a stiff breeze forced the waves into a disorderly queue, before sending white-topped breakers to rattle the pebbles of Auchmithie Bay. 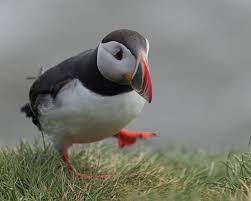 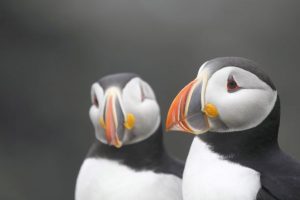