The Pride of Scotland’s Outer Hebrides 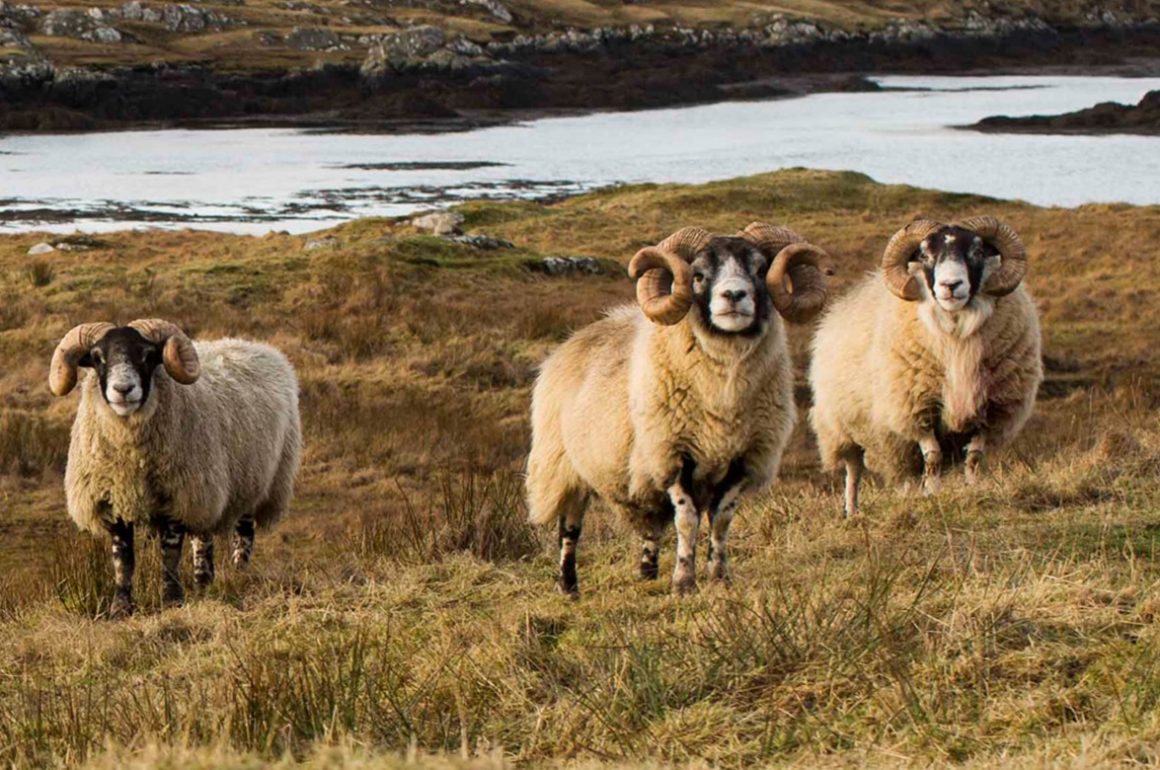 The Outer Hebrides, a chain of islands off the north-west coast of mainland Scotland, is a remote and barren stretch of land. It’s devoid of many of the fripperies of modern civilisation, and the result is a charmingly simple place of escapism. Life has existed there since the Stone Age, as evidenced by the Callanish Stones, Scotland’s answer to Stonehenge. The population of the Outer Hebrides is minuscule, too. The 2011 census put it at 27,684, and that figure has been falling for decades. However, the speed of its decline is slowing, thanks largely to the work of Harris Tweed Hebrides.

Harris Tweed Hebrides (HTH) was formed in 2007 in a bid to protect and promote Harris Tweed, which is the only textile in the world that has an act of parliament protecting it, the Harris Tweed Act of 1993. It’s governed by the Harris Tweed Authority, which is based in Stornoway, the capital of the Outer Hebrides. “The world knew about Harris Tweed, but it needed to be reminded,” Brian Wilson, the Chairman of HTH and an ex-trade minister, tells The Rake. Following his retirement from politics in 2005, Wilson moved to the Outer Hebrides and has since been heavily involved in its revival. Many inhabitants had expressed concern to him about the need for investment in Harris Tweed, and as a result Wilson contacted Ian Taylor, the Chief Executive of the global energy company Vitol, whom he had met over dinner in Cuba in the 1990s. Also sat at the table that evening was Fidel Castro. “In quite a direct way, the origins of HTH went back as far as that dinner with Fidel,” Wilson says. Taylor subsequently invested in the business, attracted by the cloth’s sense of romance and a heritage that dates back hundreds of years. 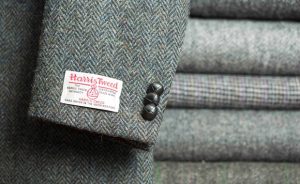 Wool has been woven on the islands of the Outer Hebrides for centuries. It was originally a cottage industry driven by crofters that pumped money into the local economy, but was in a constant state of flux. It can consider the materialistic love and philanthropic work carried out by Lady Dunmore (1814-1886) as its catalyst. “She was the conduit but also the ambassador,” Mark Hogarth, the Creative Director of HTH, says. Dunmore, a widowed landowner, showcased the cloth to her aristocratic friends in London in 1846 and it soon became one of the fashions of the time.

During the first half of the 20th century, the tweed industry boomed and then rapidly declined during the second half, partly due to the rise of synthetic fibres. The Harris Tweed Act of 1993 was introduced to safeguard the industry, upon which a large proportion of the inhabitants of the Outer Hebrides depend. The Act installed strict requirements and steps of production, which results in the cloth being granted the ‘Orb’ seal of approval and quality. Created in 1911, it is the oldest British trademark in continuous use.

Few textiles have managed to position themselves like Harris Tweed has done. From the high street to high fashion, streetwear to bespoke tailoring, Harris Tweed is omnipresent. “We’re careful and discerning with who we pass the product on to,” Hogarth says. “We make a luxury product, and by making a luxury product with provenance and a unique process, you have the ability to attract a spectrum of clients for different reasons.” By its nature, tweed is durable and suited to all weather conditions, and strong and easy to work with. The myriad colours and patterns meet the requirements of all manner of people with varying styles and tastes.

The production process is vertically integrated, and as a result of the Act, HTH use virgin Cheviot wool, predominantly from the Lowlands of Scotland. Bales are delivered to the Shawbost mill, and the first step is scouring the wool in soda water before submerging it in a dyeing pit for two hours. This ensures that every single micron of fibre is saturated in colour. There are roughly 50 natural base colours that Harris Tweed use, all of which are inspired by the island’s nature and exquisite array of tones. The wool is then mixed by hand and machine to break up the larger portions of dyed wool with other colours. From this stage, the wool enters the carding process, which straightens and intermingles the fibres along a series of conveyors and rollers.

After the carding process the wool is spun eight to nine times to create yarns, each of which is single-ply and consists of at least two colours. They then end up on a yarn cone, and according to the design they’re ordered back and forth across a wooden warping frame. The warp consists of 1,416 individual yarns, 24 of which are the selvedge, which have to be tied together end-on-end by hand, which takes up to two hours of demanding and strenuous attention.

Another requirement of the Act is that the cloth has to be woven by independent weavers at their own homes by foot. HTH supply the weavers with the warp and a design card, and they accordingly apply the weft. There are currently just over 200 active weavers, and 95 per cent of them work on the double-width Griffiths loom, which is 150cm wide. The double-width loom is the most modern device in HTH’s armoury, and was “created to meet the needs of a changing British textile industry in the 1970s”, Hogarth says. Calum George Buchanan, one of the youngest weavers, looks out at the Atlantic from his weaving shed and describes his work as “very peaceful. It’s a great quality of life.” 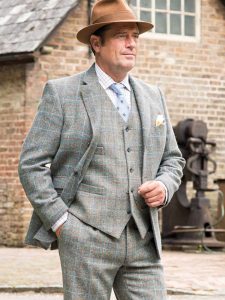 Traditionally, the Hattersley loom was the norm. It’s still used by Norman MacKenzie, one of the veteran weavers we visited. The Hattersley is half the width of the Griffiths. “It’s my life,” MacKenzie says, reflecting on his craft. On the subject of the continuous use of the Hattersley, despite its modern, efficient replacement, Hogarth says: “It’s very, very important that we still use the Hattersley. Regardless of the fact that the vast majority of tweed is produced on the Griffiths loom, the Hattersley provides a tangible link to our unique heritage.” The tweed industry produces 1.5 million metres of cloth each year, and HTH accounts for a staggering 70 per cent of it.

Once the weft has been applied to the warp, the cloth is returned to the mill and scrupulously checked for any tears or imperfections. It’s washed in cold island water to remove remaining oils and impurities, and then beaten, stretched and twisted for conditioning. It’s then dried and pressed and goes through a final quality control check before the Orb stamp, which has to be overseen by the Harris Tweed Authority, can be applied.

Since the formation of HTH, the cloth’s presence across the fashion industry has increased tenfold, but originally it was used as a performance fabric. George Mallory, who to this day stirs intense debate, supposedly wore Harris Tweed until he reached Base Camp during his famed ascent of Everest in 1924. Whether he reached the summit, and whether he wore Harris Tweed, are questions that might never be answered. But, as Hogarth puts it, “Why should we let the truth get in the way of a good story?”