The Roots of Nollaig na mBan 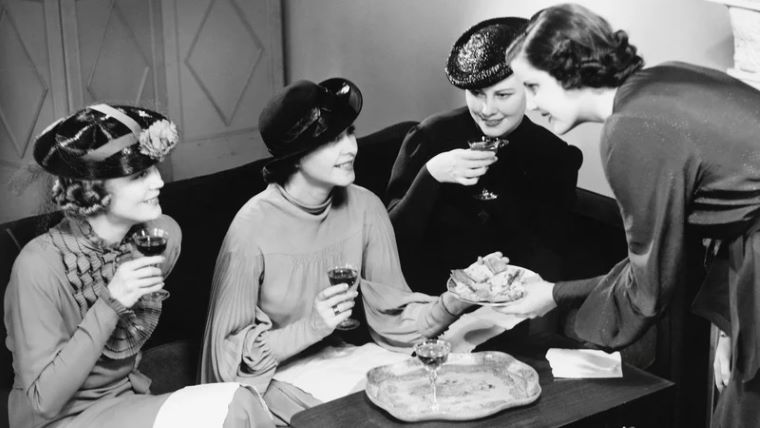 There are many Irish folk rituals associated with January 6, the last day of Christmas and the day known as Nollaig na mBan.

The twelfth and final day of Christmas, January 6, was known in Ireland as Nollaig na mBan or Women’s Christmas or Little Christmas. As a reward for their hard work over the Christmas season, it was a day off from all house work for women and traditional roles were supposed to be reversed in the home: men did the women’s work in the house while women rested and gathered together informally.

The custom was that women made social calls to the homes of their friends and neighbours and enjoyed tea and the last of the Christmas cake.

However, as it occurred on the very last day of the Christmas, it was acknowledged by some that the treats the women enjoyed were the dregs or leftovers of the festive season. This was unlike the men’s Christmas, Christmas Day, when everyone enjoyed the first and finest of the treats.

It is considered unlucky in Ireland to take down the Christmas tree and decorations before the twelfth day of Christmas, a custom which is still recognized and practised by many.

While the rest of the decorations were taken down and put away for another year, the holly was traditionally retained for Shrove Tuesday, when it would be used in the fire for cooking the pancakes on that day. Copious amounts of holly was used in decorating houses in the past. 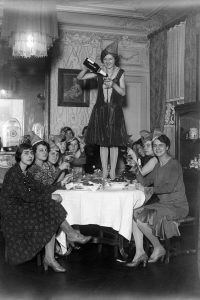 There were a number of other customs around Little Christmas. On this day in some parts of the country, mothers rubbed the tail of a herring across the eyes of their children to give immunity against disease for the rest of the year. It was also believed that one should have the floor swept and have a bucket of clean water ready before going to bed that night, and that the water from that bucket should never be used in the morning.

A curious belief was that all the well water in Ireland was said to turn into wine at midnight on Little Christmas. No one was permitted to go out to observe this spectacle, or even to sample the well water, or they would be met with very bad luck. At midnight on Christmas Eve too, farm animals were believed to have had the power of human speech, but a terrible fate also awaited those who spied on them.

Women’s Christmas was also associated with the Irish death divination customs that were practised at Halloween. One tradition is that a “cake” of mud or clay was made and candles named for the family members in the house was placed into it. The order in which the candles burned out indicated the order in which the owners of those candles would die. The ritual was accompanied by prayer and was taken very seriously, with no light-heartedness allowed.

A notable Irish literary association is that the Epiphany is the date on which the events in James Joyce’s short story The Dead from Dubliners (1914) takes place. Joyce featured the comparable Halloween death divination custom (known as “ask the saucers”) in his short story Clay in the same collection.

January 6 was also the Night of the Big Wind, Oíche na Gaoithe Móire, in 1839. A devastating hurricane hit Ireland leaving over 100 dead and thousands homeless with mass structural damage throughout the country. The storm was so strong and unusual, that it was viewed by some as supernatural and many people thought the end of the world had arrived.

A report in The Freeman’s Journal described Dublin city that evening: “at intervals dense clouds obscured the sky and added to the horror of the scene by the gloomy darkness they produced […] for the Aurora Borealis burned brightly a great portion of the night, mantling the hemisphere with sheets of red”.

Women’s Christmas was well known in some areas, such as in Cork and Kerry, with some in other regions professing to have never heard of it. By the mid 20th century, the tradition of Nollaig na mBan had largely died out, but is slowly undergoing a revival. Hotels and restaurants are advertising ladies’ afternoon teas and evenings out for the occasion, with the odd glass of prosecco thrown in for good measure. It is a tradition worth reviving as, in the past, the fact that women did the majority of work in the home was acknowledged by Women’s Christmas.