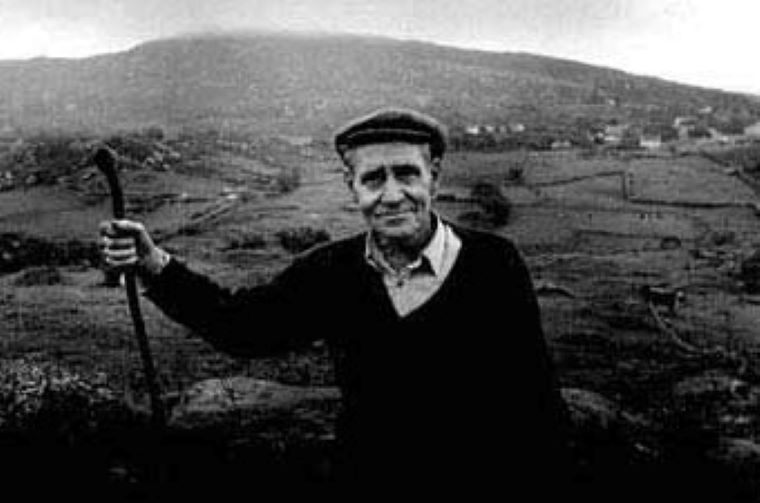 Fighting with sticks goes back to the earliest origins of mankind when man with a combination of large brain, dextrous hands and strong sense of survival augmented his relatively weak body by using his natural environment to supply a weapon, then by adaptation, through trial and error, implement a series of modifications so improving its effectiveness – the start of the arms race!

Stick fighting as a martial art was once common throughout Europe and indeed the World. Vestiges still survive; notably in France, Italy Portugal, Japan, The Philippines, South Africa, New Zealand and of course, Ireland.

The enduring nature of the now-iconic Shillelagh owes its survival to a fascinating amalgam of law, propaganda, colonialism, racism and xenophobia.

Bataireacht or Boiscin, the ancient Irish tradition of stick fighting, (as opposed to using a stick as a substitute for a sword) developed over centuries reaching an apogee in the pre-famine 19th-century faction or gang fights which tended to coincide with market days or fairs such as the notorious Donnybrook Fair whose reputation as a mecca for stick-wielding antagonists and mayhem has become immortalised in the phrase ‘Donnybrook Fair’ or ‘ A donnybrook’ meaning brawl ,melee, riot etc.

This phenomenon not entirely dissimilar to regular riotous occurrences in rural England would be cruelly exploited by the British media and the image of the brutal savage, drunken, lawless Paddy would be mercilessly characterized in London society magazines like Punch where cartoons of shillelagh-wielding, anarchist ape-men would grace its pages typically pictured next to a defiant upstanding figure of Britannia. 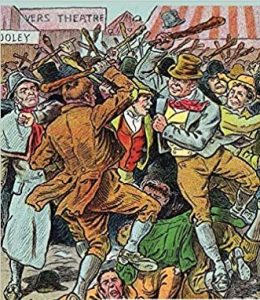 The word Shillelagh which has its origins from the once majestic ancient oak forest of Shillelagh in County Wicklow has now become synonymous with a certain type of tacky tourist artifact.

However, the genuine article was a formidable weapon mostly made from oak or blackthorn root-wood, around three feet long terminating in a deadly gnarled knot. Varying in girth, the slimmer variety could pose ostensibly as a highly polished walking stick.

Generally, longer sticks were known as wattles while shorter sticks were referred to as Kipeen. The wood was cured using a variety of methods including; immersing in manure, rubbing with butter or smoking in a chimney and even polishing with Magpie blood could be part of the process! Some shillelaghs were ‘loaded’, weighted with molten lead for extra impact.

Following the Battle of the Boyne in 1690 the Protestant Parliament of Ireland introduced a series of laws known as the penal laws which were vehemently anti-Catholic.

Catholics were forbidden to own property and land, own a horse over a certain height, and be in possession of weapons. This prohibition led to a resurgence in the ancient art of stick fighting with schools presided over by a Maighistir Prionnsa or fencing master springing up all over Ireland. There were various vernacular styles including; the Troid de bata or the two-stick fight which involved using one stick primarily as a shield, The Antrim Bata, literally Antrim stick is still practiced in Ireland and is growing in popularity in the U.S.A. and Canada.

One particular style the Rince an Bhata Uisce Bheatha or ‘Whiskey stick dancing’ was developed by the Doyle family in Western Ireland who were hired by local poteen makers to protect their illegal distilleries. Stick fighting Champions would traditionally attend fairs around the country and in very theatrical style would after removing their coats, trail them on the ground and bellow out the defiant challenge, “Who will tread on the tail of my coat?”

Through popular culture, the Shillelagh, like the term ‘Paddy’ has been linguistically re-appropriated and propelled by a mixture of song, literature and American music hall has now been reclaimed as a symbol of Irish heritage. proudly displayed on coats of arms and logos. And somewhat ironically, the British army; the Irish Guards and Royal Irish Regiment still carry blackthorn shillelaghs at official ceremonies!