The Spirits of Eire 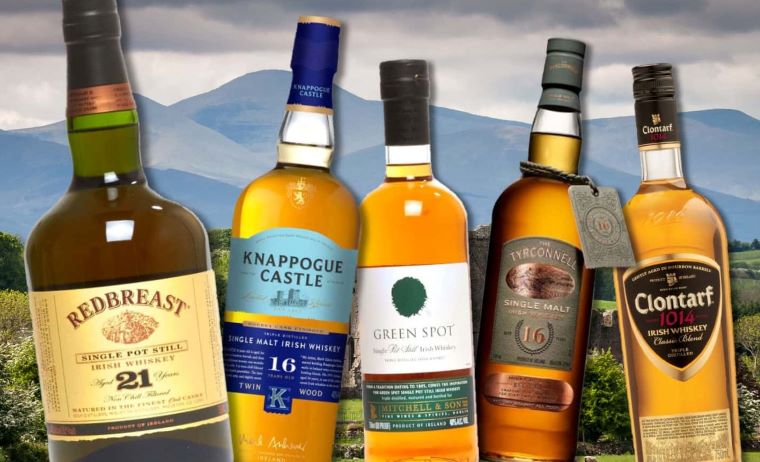 The Irish whiskey industry is experiencing a revival. In the 1700s, there were thousands of stills operating in Ireland. At the turn of the 20th century, there were just 28 Irish distilleries, albeit large ones and their whiskey was considered the finest in the world. By comparison, the Scots had more than 200, mostly small independent producers. By the 1970s, there were just two distilleries operating in Ireland, one in the North and another in the Republic, yet there were still more than 100 in Scotland. So, what happened?

The Irish, proud of their whiskey’s reputation, were not as quick to adopt new technologies, like the Coffey or Column still. Then there was World War I, the Irish War of Independence and finally the Irish Civil War. Excluded from the British Empire, the Irish whiskey industry was hanging on by a thread when the nearly fatal final blow was struck – prohibition in the U.S. Contrary to what you might think, prohibition was a boon for the whisky producers of Scotland and Canada, as their products could be smuggled into the U.S. across the Canadian border and from other British possessions in the Atlantic and Caribbean. The Irish had no such opportunity. Their final hope rested on a visit from Joseph Kennedy, JFK’s father, in the 1930s.

Claiming to have advanced knowledge of when prohibition would  end,  Kennedy presented Irish whiskey producers with a plan to  store their whiskey in warehouses around the U.S., and then flood the market with it after prohibition.  This would have given them a strategic leg up on other whisky producers.  But the pragmatic Irish were not swayed by Kennedy, and even if they had been, they had virtually nothing to sell him. So, he crossed the Irish Sea and struck deals with a number of Scottish firms, including a small grocer with its own blend —  John Walker & Sons. 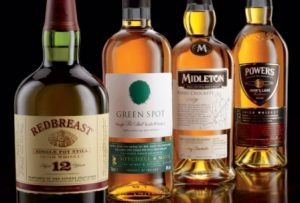 The first glimmers of hope for the Irish whiskey industry emerged in the late 1980s, when  the enterprising  John Teeling bought a potato ethanol plant and converted it into the Cooley Whiskey Distillery. When its doors opened, there were only two other distilleries operating in the whole of Ireland — Bushmills in the North, and the juggernaut Midleton Distillery in Cork. Both distilleries were owned by Irish Distillers, a subsidiary of Pernod Ricard. Midleton produced most Irish whiskey brands, both under license and for themselves including: Jameson; Tullamore Dew; Red Breast; Paddy’s; and Powers, to name just a few. Irish Distillers made a hostile bid to take over Cooley, but the Irish government, concerned the industry was already in too few hands, dismissed the idea.

In 2007, Cooley reopened the old Kilbeggan Distillery (Est. 1757), the oldest surviving whiskey distillery in  the World. Then in 2010, William Grant & Sons of Scotland (Glenfiddich & Balvenie) bought the rights to the Tullamore Dew brand, and immediately announced plans to rebuild the long closed distillery. Over the last three years, plans have been announced for an additional three to four independent distilleries in Ireland. It seems the fortunes of the Irish whiskey industry have finally turned. Here are some Irish whiskeys with which to toast the industry’s future:

Bushmills 16 Year – Always a great single malt, half matured in Bourbon and the other half in Sherry casks then married and finished in Port Pipes, $64.49.

Kilbeggan 18 Year – This is a tropical, creamy and round blended Irish whiskey with soft oak notes and a long clean finish, $156.49.

Midleton Very Rare 2011 – This triple distilled pot still Irish whiskey is released once a year in very small batches.  It consists of whiskies from 12-25 years of age, depending on  the batch, $160.49.

Teeling Hybrid – A vatting of single malt whiskies from Cooley Distillery in Ireland and Bruichladdich Distillery on Islay in Scotland. Matured 10 years, 8 of them vatted together, $64.99.

Tullamore Dew – There are still some rough edges to this blended Irish whiskey, which comes from the pot stilled component, but overall it is soft and clean, $31.99.