The Story of Cu Chulainn 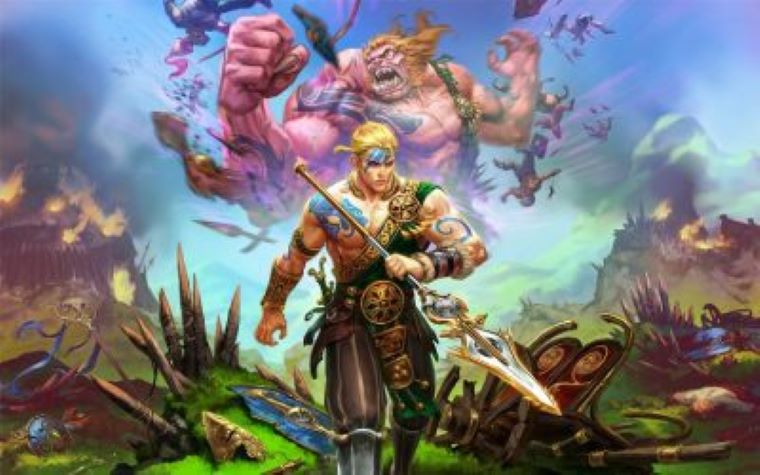 Cu Chulainn is one of the most famous Celtic mythological heroes. He appears in the stories of the Ulster Cycle, and Scottish and Manx folklore. He was said to be the son of Deichtine and the god Lugh, and the nephew of Conchobar mac Nessa, the King of Ulster. His given name at birth was Setanta but he gained the name Cu Chulainn, meaning ‘Culann’s Hound’ after he killed a ferocious guard dog belonging to a smith named Culann. Cu Chulainn offered to take the place of the guard dog until a replacement could be reared.

The stories of Cu Chulainn’s childhood, which date back to the 9th century, are many. It is said that as a small child, he had asked incessantly to be allowed to join the boy-troop at Emain Macha (today known as Navan Fort in County Armagh, Northern Ireland). According to the legend, he sets out on his own, and eventually runs onto the playing field at Emain, unaware of the custom of asking for protection. The other boys see this as a challenge, and attack Setanta, but he beats them all single-handedly as he carries the trait of ‘ríastrad’, in which he undergoes a sort of distortion, becoming an unrecognizable monster who knows neither friend nor foe. King Conchobar put a stop to the fight. 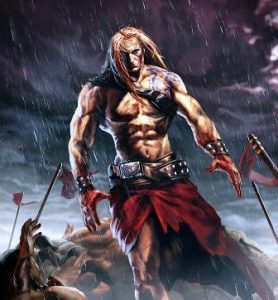 In the next part of the story, Culann the smith invites Conchobar to his home for a feast.

At this point, Conchobar is so impressed by Setanta that he asks him to join the dinner. Setanta is unable to attend right away, but promises to join them at Culann’s house later. However, Conchobar forgets, and Culann lets loose his ferocious hound to protect his house. On arrival at their house, Setanta is forced to kill the guard dog in self-defense. Culann is devastated at the loss of his guard dog and Setanta feels so bad that he offers to rear a new one, and to guard Culann’s house until the new dog is ready to do so.

As Cu Chulainn gets older, he decides he would like to take Emer, daughter of Forgall Monach as a wife. However, Forgall is opposed to this, and tells Cu Chulainn that he should train with Scottish warrior-woman, Scáthach. Forgall’s true intent is that Cu Chulainn will be killed. While Cu Chulainn is gone, Forgall offers Emer to Lugaid mac Nóis, a king of Munster, but when the king learns that she loves Cu Chulainn, he refuses to take her hand.

Scáthach teaches Cu Chulainn all the arts of war. His fellow trainees include Ferdiad, who becomes Cú Chulainn’s best friend and foster-brother. During his training with Scáthach, Cu Chulainn comes to face Aife, Scáthach’s rival. Although the two are evenly matched, Cu Chulainn eventually seizes Aife, and demands that she bear him a son. While Aife is pregnant, Cu Chulainn leaves Scotland, and returns to his love Emer, but Forgall still refuses to allow the marriage. Enraged, Cu Chulainn storms Forgall’s fortress, kills twenty-four of his men, abducts Emer, and steals Forgall’s treasure. Forgall falls to his death.

King Conchobar fears the marriage of Cu Chulainn and Emer, because Conchobar has the “right of the first night” over all marriages and is afraid of Cu Chulainn’s reaction if he sleeps with Emer. On the other hand, Conchobar will lose all his power and authority over his subjects if he doesn’t. The druid Cathbad suggests that Conchobar sleep with Emer, but Cathbad sleep between them.

After eight years pass by, Cu Chulainn’s son by Aife, Connla, comes to find him. When Connla refuses to identify himself, Cu Chulainn kills him. As Connla dies, his final words are that he and Cu Chulainn could have “carried the flag of Ulster to the gates of Rome and beyond,” leaving Cu Chulainn grief-stricken. 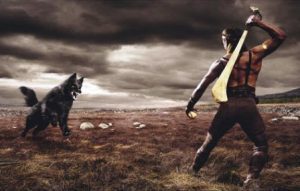 Several years pass, and Cu Chulainn rides out to face a group of men who have conspired to kill him. They are all sons of men he had killed. On his way, he encounters three one-eyed hags eating a feast of roast dog. They invite him to join them.  Cu Chulainn had several gessa, which are self-declared taboos which, if broken, would lead to his inevitable downfall. Two of his gessa were to never eat dog meat, and to never refuse hospitality. At this junction, he has no choice but to break one of his gessa. He takes one bite and places the bone under his thigh. The hand he used and his thigh are immediately weakened. Cu Chulainn continues on his journey, and is eventually killed while fighting his conspirators. When he received his fatal wound, he tied himself to a pillar so he would die standing and facing his enemies. As the prophecy foretold, Cu Chulainn had reached fame but died at a young age.

The legends of Cu Chulainn are still told to this day. As a mythological hero, the stories of his strength and power have lived on, re-told throughout the years in many ways. Today, the image of Cú Chulainn is invoked by both Irish and Ulster (Northern Ireland) nationalists. Irish nationalists see him as the most important Celtic Irish hero, while unionists see him as an Ulsterman defending the province from enemies to the south.