The Stripes of Breton 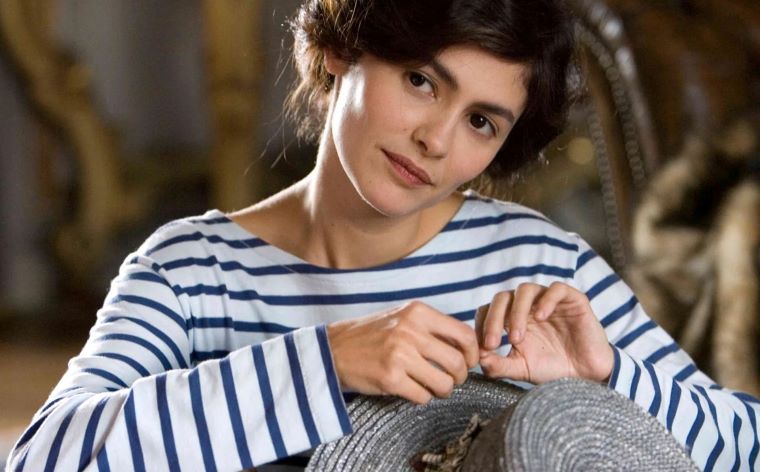 In the style stakes, nothing beats the design for laid-back glamour than the distinctly French number usually spotted on tops and knitwear which have been seen on the high street, the catwalks and in the finest holiday destinations for nearly a century. Not just for the fashion forward, the Breton stripe quickly spread to the interior world with the same relaxed feel where it has graced the most stylish of abodes over the years. With a rich history, the Breton stripe had an intriguing journey before it became the height of style.

The Breton stripe has long been associated with nautical design thanks to its naval origins in the mid-1800s when French seamen were given the striped cotton or wool top as part of their military uniform. As the French navy was based in Brittany (Bretagne) at the time, the design became known as the Breton shirt, the marinière or the tricot rayé and even the number of stripes were said to be sacrosanct with each garment exhibiting 21 lines representing each of Napoleon’s victories against the British. The design itself was rumoured to have been created as it stood out against the sea, making a sailor who had fallen overboard more visible to rescuers, showing that even at this early stage the stripes were there to be noticed. 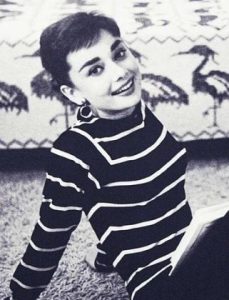 The iconic stripe’s origins ensured that the design would forever be associated with the sailor and just fifty years after it was introduced as the official French navy uniform, the striped pattern exploded onto the fashion scene and hasn’t left since. Coco Chanel is known for the introduction of many fashion staples into the public consciousness from the Chanel suit to the little black dress and Chanel No.5 perfume is still arguably the most popular – or at least most renowned – perfume to this day. The legendary French fashion designer is also hailed as the champion of the Breton stripe, which she first gleaned inspiration from whilst on holiday on the French coast where she spotted the marinière. A version of the top went on to appear in the designer’s 1917 nautical collection and furthered Chanel’s success of emancipating women through fashion by moving away from the restrictive garments worn up until that time.

The new laid-back look proved popular and has remained a wardrobe staple ever since with Retro Chick explaining that it went through periods of increasing popularity throughout the coming decades and was often associated with bohemian or artistic style. The design’s emergence in the film industry in the 50s and 60s when it was worn by the likes of James Dean, Brigitte Bardot and Audrey Hepburn launched the Breton stripe into the spotlight, leading to a resurgence of interest. The Breton stripe had and still has androgynous appeal perfectly lending itself to the catwalk, with many top designers using the pattern in their haute-couture collections over the years.

With the exception of Coco Chanel herself, no designer is quite as synonymous with the sailor stripe more than Jean Paul Gaultier. Adopting the design in his first ready to wear collection in 1983, the ‘La marinière’ was the star of the show and has been featured in many shapes and forms in various Jean Paul Gaultier collections since. The designer’s most beloved men’s perfume Le Male features the iconic Breton stripe on a sailor’s torso and he still reportedly requires his press team to wear the striped ensemble at catwalk shows. An essential wardrobe staple, the Breton striped top is loved by high-fashion followers and high street devotees alike and it is very much the same when exploring the nautical stripe for the home.

Frequently seen in bathrooms, dining areas or outdoor spaces, the Breton stripe gives any interior a fresh, open feel making it an ideal feature for these types of rooms around the home. Offering a summery edge to interiors, it is one of the most workable prints out there and can be restyled time and time again with ease. Whether paired with minimalist decor and fresh white accessories or a bold shade for a further pop of colour, the timeless print is always on trend. In the home the design has also moved away from the traditional black, navy or red stripes on white to include bright and bold multi-coloured schemes for a modern update on the trend. It is also one of the few eye-catching prints which can easily be matched with other patterns from damasks to florals for those with a penchant for energetic interior styles. The nautical origins of the design are never far behind when the Breton stripe is added to the home and often the effect is a sophisticated coastal look reminiscent of where Coco Chanel first set eyes on the legendary sailor’s top.