The Welsh in Africa 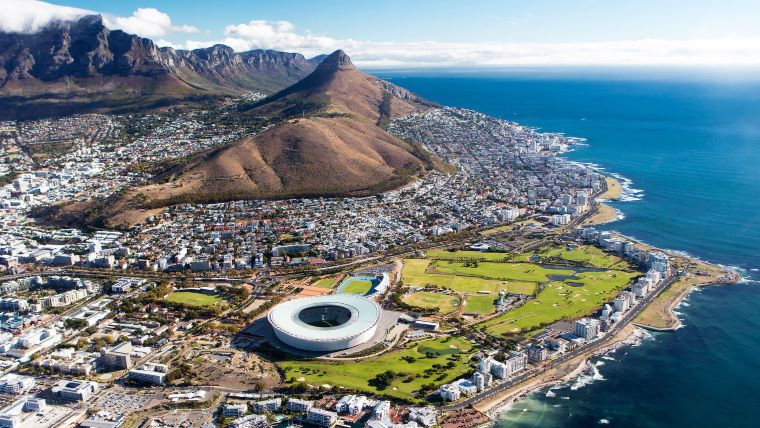 On a recent business trip to Cape Town, South Africa, the name of a picturesque coastal suburb caught my eye, as I passed by en route to the nearby Cape of Good Hope. Now it is rare that I remember names of big city suburbs on my travels, but for a lover of all things Celtic, this one was hard to miss: Llandudno.

To the Welsh, Llandudno is the name of the beautiful seaside city on the northern coast of Wales, named after the sixth century patron saint, Saint Tudno. Tudno was known to have founded the first church in the Llandudno area. But what has that to do with far off South Africa?

Immediately, my mind started to conjure up the prospects of a hearty group of Welsh pioneers braving a long, arduous sea voyage hundreds of years ago to settle here. Returning home, I dove into South African history with expectant excitement at what might turn up.

Sadly, my colorful fantasies were dashed. The real story was only too mundane. As it turns out, a South African vacationer to Wales in 1903 was struck by the similar look of the beautiful shoreline at Llandudno, to that of her homeland locale. Upon returning to South Africa, she saw to it that her newly incorporated township was given the same name.

A strictly residential community of upscale homes, South Africa’s Llandudno does not even have a shopping center.

Indeed, its most famous feature is a secluded nude beach, nestled among granite boulders off a short sandy trail from the side of the town. 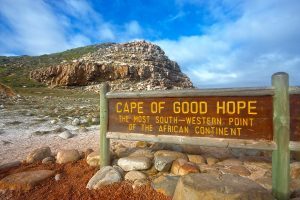 Disappointed, but with my interest piqued, I delved further to determine what real Celtic history might emerge from this distant land. I knew of the British impact on South Africa, as so vividly portrayed by my favorite author, James Michener, in his monumental work, The Covenant. The British became influential at the beginning of the nineteenth century, replacing the Dutch who had settled there a couple of centuries earlier.

One well-known missionary of this era, David Livingstone, was a Scotsman. Though better known for his explorations further north, he got his start in South Africa, arriving in Cape Town in 1841. He would later write a book of his early time there, titled Missionary Travels and Researches in South Africa.

Of special pertinence to the current discussion of the Welsh, some may be surprised to learn of a connection when Livingstone was thought to have been lost in deepest Africa.

In the late 1860’s, while searching for the source of the Nile River, he had not been heard from in a long time. American journalist, Henry Stanley, a native Welshman born and raised in Wales before immigrating to the United States at the age of 18, was commissioned in 1869 to locate Livingstone. When he finally found the renowned missionary in 1871 in what is now Tanzania, he purportedly uttered the famous words, “Dr. Livingstone, I presume?” Stanley was also known for explorations and mapping of sections of Africa, as well as for some controversy surrounding his service to Belgian King Leopold in the Congo, where his harsh treatment of Africans was questioned.

Welsh missionaries were also known to be assigned to South Africa in the mid-1800s.

Thomas Philipps, son of a clergyman from Pembrokeshire, led an early Welsh party to South Africa in 1820. Philipps had been a partner in the Milford and Pembrokeshire Bank which failed in 1810. Subsequently, when the British Government passed the Cape Emigration Scheme in 1819 to encourage emigration to South Africa, Philipps started a new life, leading a group sailing on the Kennersley Castle. They settled in a place he named Lampeter after the family’s home in Wales.

Later, the storied Royal Welsh Fusiliers, one of the oldest infantry units of the British Army, saw commendable service in the south of Africa during the Second Boer War from 1899 to 1902. They fought alongside the Royal Scots Fusiliers and the Royal Irish Fusiliers, together forming the 6th Brigade. The Royal Welsh Fusiliers had a colorful history with action in many conflicts, including the Battle of the Boyne, the American Revolution and the Battle of Waterloo, to name but a few.

The leaders of the British Army’s 6th Brigade, Field Marshals Roberts and Kitchener, and General Buller, used the Mount Nelson Hotel in Cape Town as a headquarters. Roberts was Irish and Scotch, while Kitchener was born in Ireland, and Buller was of Cornish descent. 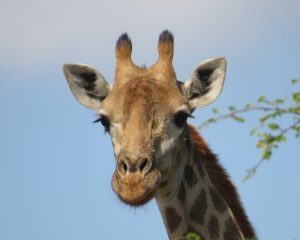 The Mount Nelson, the stately grande dame of Cape Town, is serenely situated in the shadow of Table Mountain which inspired its name, along with that of British naval hero, Lord Nelson. Privileged to stay at the Mount Nelson during my business meetings, I soaked up the colonial elegance that still characterizes this iconic structure, whose rosy-pink aura gave rise to its own unique shade of paint, the “Mount Nelson’s Blush.”

Welsh miners have been emigrating from Wales to many parts of the world for centuries looking for a better life, and mineral-rich South Africa was no exception.

During the mid-nineteenth century, the discovery of gold there brought even more miners hoping to find riches.

Diamonds are the mineral for which South Africa is best known. A Welshman gained fame for discovering the largest rough-cut diamond ever found. In 1905, at the Premier mine, Welsh miner Thomas Evan Powell unearthed the 3,106 caret Cullinan diamond and turned it over to his mine superintendent, Frederick Wells. The value of the many diamonds cut from the Cullinan are considered to be worth two billion dollars today.

Many of them are found among the British crown jewels.

One of the most lasting Welsh influences in South Africa relates to the country’s national anthem. In 1897, a hymn, Nkosi Sikelel’ iAfrika, was composed in the Xhosan language by Enoch Sontonga, a Xhosan Methodist missionary. In English, the title translates as God Bless Africa. Sontonga set the hymn lyrics to Welshman Joseph Perry’s treasured Welsh hymn tune, Aberystswyth, which was also immortalized in the well-known Charles Wesley composition, Jesus, Lover of my Soul.

Speaking of music, the Welsh Male Voice Choir of South Africa continues the tradition of the Welsh presence in the country. Formed in 1978, the group of more than 40 members performs dozens of concerts a year, in a variety of European as well as African languages. Celebrating their 40 years in 2018, the choir performed a St. David’s Day concert in Johannesburg on March 3. 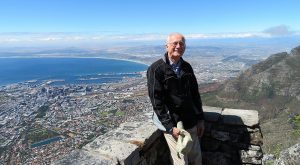 These are just a few highlights of how the Welsh have made their mark on South Africa over recent centuries. Pretty impressive after all. My thanks to picturesque, yet unpretentious Llandudno, South Africa, for sending me on a journey that produced this treasure trove of fascinating, historical encounters. For those wanting to learn more about South Africa, an Englishman aptly named Frank Welsh has written a comprehensive volume, titled A History of South Africa. ~ Story by Gerry Herter