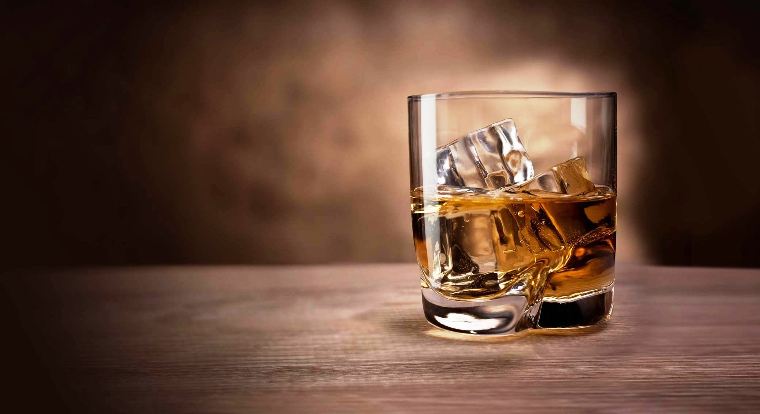 Never before has there been such a widespread interest in whisky. The emphasis is mostly on Scotch, but American and Irish whiskey is seeing major growth as well. Scotch whisky now accounts for 25% of all United Kingdom food and drink exports. In 2007, total scotch exports were worth £2.86 billion. By 2017, this number has risen to £6.26 billion.

“I think that counts as a renaissance,” says Dr. Nick Morgan, Head of Whisky outreach for Diageo.

It’s easy to forget that many famous Scotch whisky brands have been present in multiple markets for generations – Johnnie Walker, Buchanan’s, White Horse, Old Parr, Haig and Dimple. “All these were available around the world throughout the 20th century, and were efficiently distributed and skillfully marketed.” They were all available, but couldn’t but the price tag made it so only the most prosperous and affluent whisky fans could afford them. Now that many countries are beginning to witness a blossoming of economic prosperity and a heightened standard of living, consumers around the globe who previously only dreamed of drinking celebrated, top shelf scotch brands can finally fulfill that ambition. They are doing so quite enthusiastically in recent years. 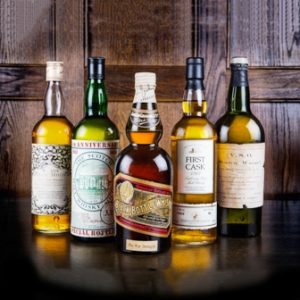 Scotch Renaissance Statistics
There are over one-hundred scotch distilleries in Scotland and there are currently over twenty new distilleries under construction, ranging from tiny (ten or twenty thousand liters of alcohol a year) to large (ten million liters of alcohol a year). Investment is at an all-time high, unimagined ten years ago. The same growth is visible in the United States and Ireland as enthusiasm for all forms of whisky is at an all-time high. This is a specifically twenty-first century phenomenon. The Scotch category was at best flat in the 1980s and 1990s, while Irish, American and Canadian whiskies were in various degrees of decline, few people knew anything about Japanese whisky (outside of Japan), and the terms ‘world whiskies’ and ‘craft distillers’ had not been imagined.

Formerly closed off distilleries are opening to the public
It’s only been in recent years that the popularity of whiskies has led to the opening of previously closed off distilleries like Royal Brackla. Opened in 1812, Royal Brackla, received the first ever royal warrant. The royal warrant means that Royal Brackla was the official supplier of scotch to the royal family. The distillery remained off limits to the public until 2014, more than one-hundred years after its opening. The only reason the doors are slowly starting to open to the public is because the whisky renaissance has led to Royal Brackla finally releasing its single malt globally. The increased popularity has also led to many distilleries opening exciting, innovative visitor’s centers, tours and whisky museums. One such tour is Dewar’s World of Whisky at Aberfeldy, a top-to-bottom historical tour of one of the most iconic whisky brands in the world.

Whisky is a globally-popular spirit
“In the world of Scotch Whisky the proliferation of bottlings and different variants of single malts, starting slowly in the 1990s, have captured the imagination and the spending power of enthusiasts first in Western Europe, North America and, unexpectedly perhaps, Taiwan, and now more globally,” says Morgan. Rare bottles of Single Malt that might have previously cost less than one one-hundred dollars ten years ago now sell for several thousand. “There is a strong secondary market for Scotch Whiskies fueled by numerous online auction houses, and a growing investment market too.” The overwhelming growth, however, has been in Blended Scotch Whiskies and that’s where it will continue. “Whilst a lot of the conversation about Scotch whisky focuses on the Single Malt category, the principle driver for both recruitment and growth around the world is Blended Scotch Whisky.” 95% of whisky exported from Scotland is a blend, not in the form of single malts. 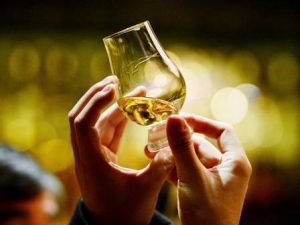 Why has the popularity of whisky increased in the last decade?
Scotch whisky brands have been expertly marketed and deeply rooted in consumer minds for well over a century, even among people who at that stage didn’t drink it. Its aspirational presence, linked to its reputation for consistent high quality, formed a solid launch pad for expansion. Brands need to stay relevant to consumer needs. Johnnie Walker, the world’s leading Scotch whisky was cleverly reinvented for a new age of consumers in the late 90s. Since then, the brand has exceeded twenty million cases annually – from Johnnie Walker Red Label to the very high-end Blue Label and John Walker. As the spending power of the middle class around the globe increased, the industry’s marketing didn’t need to start with an entirely blank sheet. “There are now whisky-shows and festivals going on all over the world,” adds Morgan, “probably one somewhere every weekend, attracting a notably different demographic from the stereotyped middle-aged male consumer.” With this activity, discussion boards, blogs, twitter-tasting have popped up touting the fact that it is cool to drink scotch again.  “Often attributed to the ‘Mad Men effect’, but perhaps also the result of generational change, it’s now not despised as ‘the drink my dad used to drink’,” says Morgan. “So we should hardly be surprised that a global icon like David Beckham is prepared to partner in the creation and launch of a new Single Grain Scotch Whisky, Haig Club.”

Scotch whisky is an exceptional drink
The top brands, whether they are blends, single malts or single grains, are so artfully crafted to the highest standards of quality, consistently reliable, blessed with an unrivalled complexity and range of interesting and intriguing flavors and aromas, and hugely versatile when it comes to serving.  Scotch can be sipped straight or on the rocks depending on your taste.  “The once-traditional Whisky & Soda serve is seeing a renaissance,” notes Morgan. “The Japanese have pioneered the bewitchingly simple (yet not easy to execute) mizuwari serve with ice and water; and as you would see in many of London’s leading edge bars (or New York’s, or Shanghai, or Moscow, or Mexico City) whiskies of all types make outstanding cocktail ingredients.”