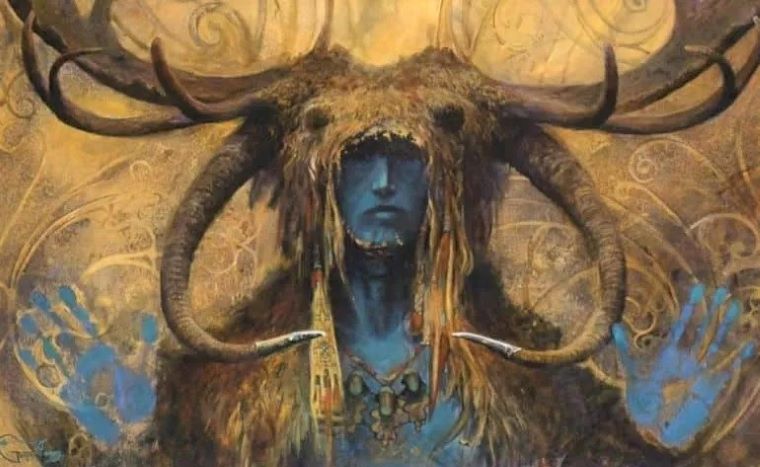 Celtic mythology offers a rich history into the origins of an Ireland long ago, with fascinating details and surprising associations.

Morrigan
Morrigan is known as the goddess of war, with her name loosely interpreted to mean “Great Queen,” “Phantom Queen” or “Queen of Demons.” She was believed to hover over a battlefield in the form of either a crow or a raven, and supposedly influenced or predicted the outcome of the battle. She appeared to Dagda on the feast of Samhain, had sex with him, and promised to aid him in the upcoming battle. With her aid, Dagda was victorious in his battle. However, the Celtic god Cuchulainn did not recognize the power of Morrigan when she appeared to him as a beautiful maiden and offered her love to him. When Cuchulainn died in battle, a crow manifestation of Morrigan settled on his shoulder.

Aonghus
Aonghus, also known as Angus, Aengus, or Oengus of the Bruig, is believed to be the god of love and youth. He is associated with the valley of the River Boyne. His story is that he searched all of Ireland for a beautiful maiden. Aonghus eventually found Caer, who was with 150 other maidens destined to turn into swans on November 1, the feast of Samhain. Aonghus transformed himself into a swan so he could be united with Caer, who followed him back to his palace on the River Boyne, now modern day Newgrange.

Danu
Danu is best known for being the matriarch of the power Irish god family Tuatha de Danaan (People of the Goddess Danu). Some point to Dagda as her father.

Dagda
Dagda is known as ‘The Good God.’ He is portrayed as having both super-human strength and appetite. Dagda is paired with goddesses Morrigan and Boann, and is father of Brigit and Aengus Mac Oc. His attributions were a large club which had the dual power of killing men, as well as bringing them back to life, a set of two pigs – one roasting and one growing, a harp used to summon the seasons, and a great cauldron which provided an endless source of food. 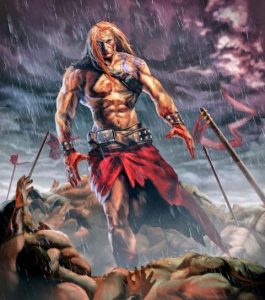 Cuchulainn
Cuchulainn was known as the ‘Hound of Ulster.’ Originally named Setanta, he gained the name Cuchulainn after having killed the guard dog of Cullan the Smith. He’s remembered as the “tough guy” of many adventures, and thought he could out play mortality. When the goddess Morrigan offered him immortality, he rejected her offer believing that it shouldn’t be a gift bestowed. Thus, Cuchulainn was visited by the crow version of Morrigan upon his death.

Brigit
Now remembered in Christianity as St. Brigit or St. Bride, Brigit has several associations. She is trifold, with her powers being Fire of Inspiration, Fire of Hearth, and Fire of the Forge. Her festival on February 1 is Imbolc, where she ushers in springtime.

Cernunnus
Meaning ‘the horned one,’ Cernunnus is a Celtic horned god who is connected to fertility, wealth, and wild animals. He is depicted as having the antlers of a stag, most notably on the famous Gundestrup cauldron in Denmark. Paleolithic cave paintings found in France depict a figure with antlers, believed to be Cernunnus, which places his origin to that era.

Arawn
Arawn is the Celtic god of the underworld of the dead. His most famous tale involves him switching places with Pwyll for a year and a day to challenge Hafgan, Arawn’s rival for ownership of the underworld. During the time they were switched, Pwyll defeated Hafgan and was rewarded with pigs.

Abandinus
Known as ‘Defender of the Waters,’ not much is known of the Celtic god Abandinus, save for an inscription on a bronze votive found in Cambridgeshire, England which read “To the god Abandinus, Vatiaucus gave this from his own money.”

Tuatha-de-Danann
Tuatha-de-Danann is the main family of Irish gods whose name means ‘Children of the Goddess Danu.’ Danu was their chief goddess and matriarch, but not their actual mother. This group of gods was known to have perfected their use of magic. Having originated on “the islands in the west,” they eventually settled in Ireland. The most important members of the family of Irish gods are Boann, Brigit, Danu, Daga, Dian Cecht, Gobniu, Lug, Macha, and Nuada.