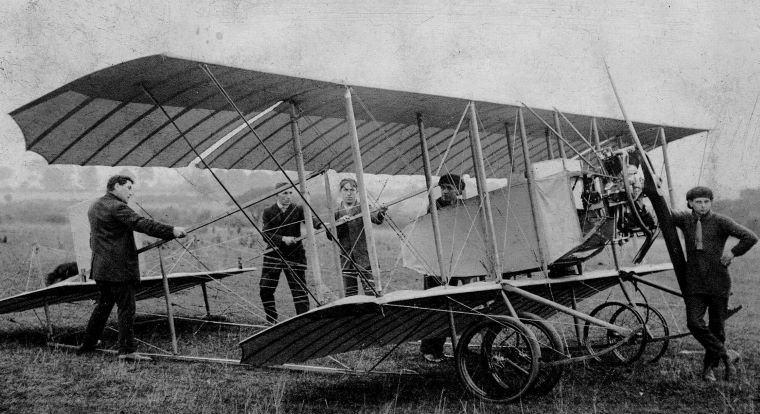 Resourceful and resilient, the Welsh have made their fair share of contributions to the world over the years.

Isaac Roberts – First to photograph Great Nebula in Andromeda
As far as sci-fi-esque names go, it doesn’t get much better than the Great Nebula of Andromeda. Isaac Roberts, a Denbighshire born astronomer, was the first to take a clear deep space photograph of what was then labelled a nebula and discovered that it was spiral in shape. In fact, what Isaac Roberts unwittingly did was to discover that our closest neighbouring galaxy, Andromeda (which was recognised as a galaxy, rather than a nebula in the early 20th century), is spiral in shape. Eventually, a number of ‘spiral nebulae’ were redefined as being galaxies.

The Theory of Natural Selection and Evolution – Alfred Russel Wallace
Darwin wasn’t the only pioneer of the theory of evolution, his friend and colleague Alfred Russel Wallace helped Darwin refine his own ideas, and also pipped Darwin to the post with an essay on natural selection in 1858. Darwin, who had fully formed his own ideas about the origin of the species during years of research, but whose work had been halted when his children were taken ill with scarlet fever, had actually aided Usk-born Alfred Russel Wallace in getting his essay published. Wallace’s essay gained some attention and was published alongside an outline of Darwin’s ideas which was rushed into publication to coincide with Wallace’s essay, but Darwin’s seminal ‘On the Origin of the Species’ was published one year later in 1859 and described the theory of natural selection and evolution in such detail that Wallace’s efforts were diminished in comparison. The pair remained friends for the rest of their lives, and Darwin lobbied for Wallace to receive a state pension for his contributions to science. Wallace had fallen into financial difficulties after a number of poor investments.

The microphone (paving the way for recorded music) – David Edward Hughes
Just think, next time Gangnam Style comes on the radio, you have a Welshman to thank/blame for it. Of course, Edison invented the idea of the microphone when he placed the carbon telephone transmitter inside a telephone. But David Edward Hughes, from Bala, refined the idea of a microphone as a way of electronically transmitting an acoustic signal, and paved the way for the modern microphone. As if he wasn’t already talented enough, he was also an accomplished harpist, and invented not only the idea of the modern microphone, but also invented the teleprinter, and was the first person to transmit morse code over a radio signal. David Edward Hughes, it seems, was good at everything.

Packet Switching (a vital element of the modern internet) – Donald Davies
The internet would be a very different concept without packet switching, and it was Treorchy-born Donald Davies (born 1924) who developed the idea of sending large amounts of data across the world by breaking it up into smaller packets of data which move independently through a series of networks. Larry Roberts caught word of the idea when developing the ARPANET, which was the precursor for the modern internet. One of the distinguishing features of the internet – made possible by a bloke from Treorchy. 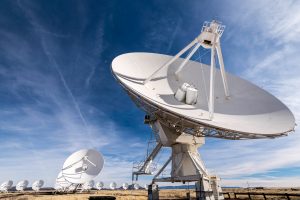 Radar – Edward George Bowen
‘Taffy’ Bowen, one of the men who developed the radar, was born in Swansea, the son of a steelworker. Edward Bowen was part of a team of five people who were locked away in a top-secret facility, developing a radar which could be used to detect aircraft. It was Bowen’s job to build the transmitter which would bounce signals off of objects to determine their position. Bowen was then taken with the idea of installing radar in aircraft, which he managed to do despite the size and weights of the early radar units. At the outbreak of World War II, he then moved into the field of trying to detect submarines by radar. Both of these developments were combined, with airplanes being fitted with submarine-detecting radar, which helped win the Battle of the Atlantic.

The plus, equals, and pi signs – Robert Recorde and William Jones
Robert Recorde was the first person to use the modern equals (=) and plus (+) signs in a publication. Born in the hazy days of 1512, in Tenby, he went to the University of Oxford at the age of 13. Not only did he invent the modern symbols for equals and plus, but he also produced the first English language book on algebra, and invented possibly the best word of all time, “Zenzizenzizenzic”, which means ‘the eighth power’. Robert Recorde isn’t the only Welshman to have invented a mathematical symbol. William Jones, born in Anglesey in 1675, invented the modern symbol for Pi.

Powered flight – Bill Frost
It’s common knowledge that the Wright Brothers built the first airplane and were the first people to fly a powered airplane in 1903. But there is a growing idea that the first person to fly a powered airplane was actually Bill Frost, in 1896. Frost was witnessed flying the airplane in Pembrokeshire for 500 metres in September of 1896. But Frost was a poor man and couldn’t afford to renew the patent for his flying machine in 1898, but the time the Wright Brothers took flight in 1903, Frost had been largely forgotten about. There were no official records of his flight, although it was commonly known to have taken place by local villagers. It was later documented by historians, but he died without recognition for his efforts. Frost died without recognition, and as if to rub salt in the wound, Pembrokeshire brothers Henry Howard James and John Herbert James (pictured in gallery) were credited as being the first people in Pembrokeshire to fly a plane, despite the fact they did it 17 years after Frost. Around the same time as Frost flew his plane, Welshman Ernest Willows was building airships, and managed to fly his airship across the English Channel.

Mail Order Business – Sir Pryce Pryce-Jones
Next time you order a pair of shoes from the catalogue, or even a pair of jeans from a website, thank Montgomeryshire-born Pryce Pryce-Jones. As well as having a fantastic name, Pryce-Jones also developed the idea of a mail order business. He started with a little store in Newtown, but then used the Post Office and the new railway links to send out his goods to people in remote rural areas, who would otherwise have to travel miles to the town. He sent out leaflets, customers mailed in their orders, and he dispatched them. His business grew so popular that he built the Royal Welsh Warehouse in Newtown, which still stands today, just to keep up with the incredible demand. Sir Pryce Pryce-Jones unwittingly designed the model for online shopping, picking items from a virtual catalogue and having them mailed to your home.

Used the hot blast to make anthracite iron – David Thomas
David Thomas was responsible for accelerating the industrial revolution in the UK, and subsequently in the Swansea valleys. in 1837, he used James Beaumont Neilson’s invention of the hot blast to smelt iron ore and anthracite coal, resulting in anthracite iron. He was the first person in the UK to do so, and his skills as an ironmaster saw him take his skills to the US, to aid in their own industrial revolution.