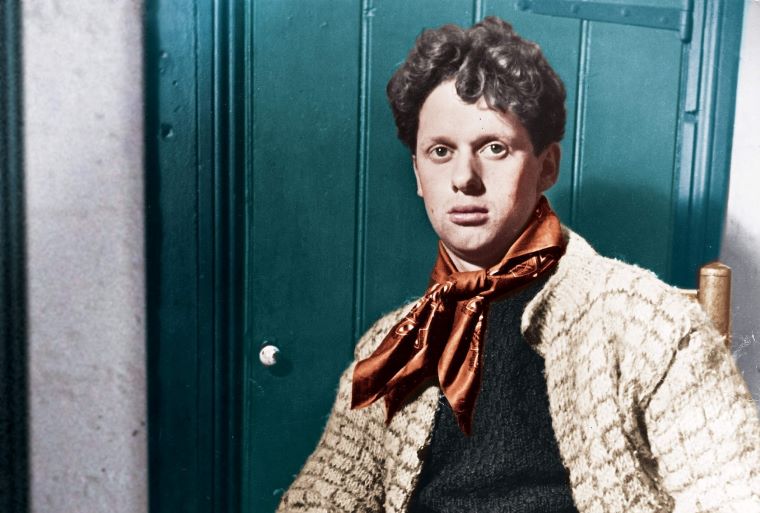 There is something in Wales that inspires. Perhaps it is the labyrinth of mines under the mountains, the cloud-wrapped summits, or trickling valley streams. Here is a place where language, tradition and landscape are connected to a lost and ancient past.

Dylan Thomas
Perhaps Wales’ best known writer. Born in Swansea, he spent much time in New York and Ceredigion. Thomas wrote poems, short stories and scripts for film and radio, which he often performed himself. His most celebrated works include Under Milk Wood, Do Not Go Gentle Into That Good Night, Fern Hill and A Child’s Christmas In Wales.

RS Thomas
One of Wales’ most commanding literary figures, with a writing career that spanned five decades and produced over 20 volumes of poetry. In 1996, at the age of 83, Thomas was nominated for the Nobel Prize for Literature. His collections of poetry include The Stones of the Field, Song at the Year’s Turning, Ingrowing Thoughts and Mass for Hard Times.

Roald Dahl
The best-selling author of children’s books. Often illustrated by Quentin Blake, Dahl’s children’s fiction is most often told from a child’s point of view. Dahl was born in Llandaff, Cardiff, in 1916 to Norwegian parents and worshipped at the Norwegian Church in Cardiff Bay which is now arts centre. Cardiff Bay is also home to the Roald Dahl Plas, a public plaza where many events take place. His most famous works include The BFG, Charlie and the Chocolate Factory and Matilda.

Philip Pullman
The author of over twenty children’s novels, and has also published two play adaptations. He was born in Norwich in 1946, and educated in England, Zimbabwe and Australia before his family settled in North Wales. The first book in the His Dark Materials trilogy (published as The Golden Compass in the USA), was adapted for film in 2007. Pullman’s other works include The Haunted Storm, Northern Lights and The Amber Spyglass. 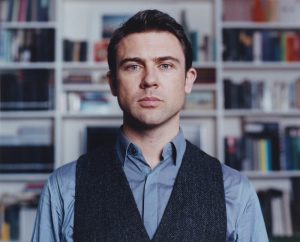 Owen Sheers
Poet and short story writer. Born in Fiji, Sheers was brought up in Abergavenny. He was named by The Independent on Sunday as one of Britain’s Top Thirty Young Writers. The Dust Diaries, a montage of fiction, biography and travelogue, won the Wales Book of the Year 2005. In 2011, Owen wrote the script and novelisation of The Passion for National Theatre Wales and WildWorks.

Kate Roberts
One of the foremost Welsh language writers of the twentieth century, Roberts was known as The Queen of our Literature. Born near Caernarfon, she worked as a teacher in various schools in South Wales. Best known for her short stories, such as Te Yn y Grug (Tea in the Heather) and Ffair Gaeaf a Storiau Eraill (Winter Fair and Other Stories), she also wrote novels, such as Traed Mewn Cyffion (Feet in Chains). Many of Roberts’ works have been translated into other languages.

Gillian Clarke
The poet, playwright, editor, translator and National Poet of Wales. Clarke was born in Cardiff and now lives in Ceredigion. Her prize-winning and critically acclaimed poetry is studied throughout the world and has been translated into ten languages. Her publications include At the Source, A Recipe for Water, Collected Poems, Five Fields and Making Beds for the Dead.

Dannie Abse
Poet, novelist and dramatist who was born in Cardiff. The Presence won the 2008 Wales Book of the Year award and he also won the Roland Mathias Prize in 2007. Abse is a frequent contributor to the BBC, was President of the Poetry Society between 1979-1992 and is current President of The Welsh Academy. His other works include Ash on a Young Man’s Sleeve, Ask the Bloody Horse and Two For Joy.

Dafydd ap Gwilym
The elusive 14th century poet. It is believed that he was born near Aberystwyth and spent some time in Newcastle Emlyn. A charismatic man, he performed poems about love and nature and was very popular due to his ability to make fun of himself. He was buried at Strata Florida Abbey in Ceredigion and there is a memorial in the grounds dedicated to the man considered to be one of Europe’s most important poets of his day.

Sarah Waters
Born in Neyland, Pembrokeshire in 1966, Waters is best known as a lesbian-genre novelist. She has worked as an Associate Lecturer with the Open University. Her first four novels have been adapted for television, following the success of Andrew Davies’s 2002 dramatisation of Tipping the Velvet for the BBC. Waters’ most recent novel, The Little Stranger is currently in development as a feature film.

Have you visited Cape Breton?
Total Votes: 88
Polls Archive
×
You or your IP had already vote.