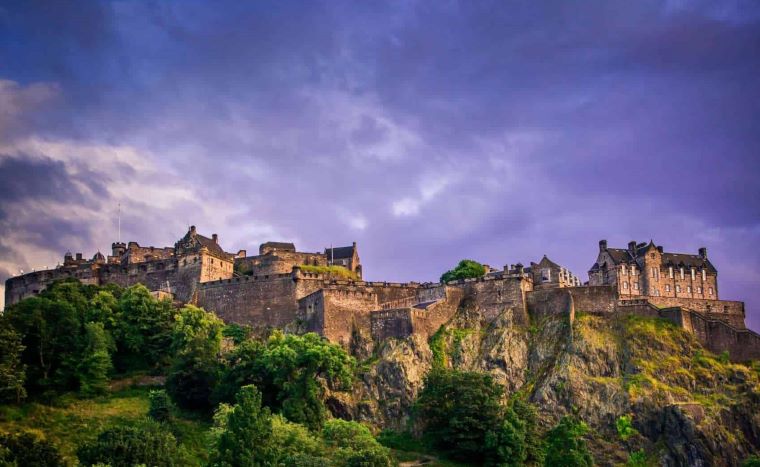 Scotland is beautiful at any time of year. It is filled with mountains, lochs and so much history that it would take you years to visit all of the areas and buildings with any historical significance attached to them. However, there are several castles that stand out above all others that really do deserve a visit.

No list of Scottish castles would be complete without a mention of Edinburgh Castle. It stands as it has for centuries, watching over the city from its perch atop the old, long extinct volcano. The city may change and develop but the castle will remain a constant reminder of times long past. Very much still in use today the castle houses an active military presence. The castle grounds contain the oldest building in Edinburgh, St Margaret’s Chapel; this small, stone chapel still offers those who chose to take a seat inside a quiet and tranquil place time to contemplate life in the midst of this vibrant city.

It is said that the Devil himself attended this castle for a game of cards, and that it was Lady Glamis that was taken, tried as a witch and burned at the stake. This is just some of the macabre folklore that’s surrounds the history of this imposing castle. This is a castle that is widely regarded as being haunted by the spectre of Lady Glamis, and it is still buried as deep in the occult as it was when the Devil dealt the hand in his game with the Earl of Crawford. Some believe that the game, even now is still in progress. The ghost of a small boy roams the castle amongst others and the castle is still believed to hold many undiscovered macabre secrets.

The majority of this castle was constructed in the middle of the 15th Century although it is believed that it was built upon a much older building. This castle has beautiful gardens to explore, some areas of which are more than well established at over 300 years old. The castle gained much of its fame or notoriety from the many references to it in Shakespeare’s Macbeth.

This is a fabulous castle, perhaps only surpassed by Edinburgh Castle. The building is incredibly impressive, filled with fabulous art works and stunning sculptures and along with beautiful gardens it has much for visitors to explore. The castle is also home to the regimental museum of the Argyll and Sutherland Highlanders. A visit to the great kitchen is recommended as well as the tapestry studio and fabulous great hall.

For more than seven hundred years Duart Castle has been the seat of the MacLean Clan, and though it seems precariously perched on its rocky outcrop it is just as firmly entrenched now as it was in the 14th century offering incredible views out across the Sound. Though ruined in the latter half of the 18th century it was rebuilt by Sir Fitzroy MacLean in 1911.