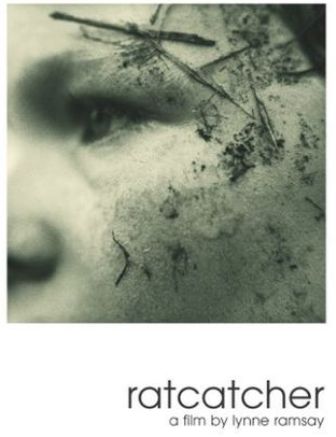 If Pixar’s film Brave told us anything it’s that a stereotypical view of Scotland remains potent. However there is another view of Scotland; one embodied in the films below. Whether charming, gritty, horrifying, comic or mournful, each film here offers valuable insight into contemporary Scotland.

Nowadays Lynne Ramsay is known for her mother son nightmare piece We Need To Talk About Kevin so people may not be familiar with her languorously paced early works Ratcatcher and Morvern Callar (2002) which both marked the arrival of a new British auteur. In 1999 The Guardian’s Peter Bradshaw called Ratcatcher ‘poetry from the Rubbish tip’ both in reference to the film’s subject matter and Ramsay’s revelation of a début amidst a tide of trashy British films. Set during a major overhaul of Glasgow tenement housing schemes during the city’s garbage strike in 1973, twelve year old James guides the viewer through a labyrinth of epidemic squalor, inner city strife, and people that seem to merely exist, ghostly effigies among the piling black rubbish bags.

Without question one of the most famous Scottish films, and one of the most quotable films of all time, in particular the famous opening monologue: ‘I choose not to choose life: I choose something else. And the reasons? There are no reasons. Who needs reasons when you’ve got heroin?’ Adapted from the novel of the same name by Irvine Welsh, Danny Boyle’s second feature film tapped into the youth sub culture of the 1990s in a burst of cart-wheeling exuberance whilst also putting Scotland’s serious heroin problem under the microscope. Whether or not the film glamorizes drug abuse is null and void, whilst a number of the characters exploits are undeniably amusing it’s ultimately the grotesquely horrifying imagery of addiction which remains with the audience.

Generating little acclaim at its time of release this morbid fable of pagan sacrifice and folk horror is now a firm favourite among the roaming hordes of cult classic martyrdom. The story follows Police Sergeant Neil Howie (Edward Woodward) who travels to the remote and more importantly isolated island of Summerisle to investigate the mysterious disappearance of a local girl who the townsfolk claimed never existed. Featuring the British master of on screen villainy, Christopher Lee at his most wonderfully foreboding, The Wicker Man is undoubtedly one of the best British horror films ever made. With the ghoulish scenes shot almost entirely in the small Scottish towns of Gatehouse of Fleet, Newton Stewart, Kirkcudbright, and the ominous burning man scene filmed at Burrow Head, The Wicker Man is firmly embedded in Scottish roots.

Famously rerecorded so that American audiences could understand the strong Scottish accents, writer-director Bill Forsyth’s Gregory’s Girl is a wonderfully innocent coming of age comedy as well as a signal of the emergence of a great Scottish talent. Set in and around a state secondary school in the Scottish district of Cumbernauld, the entirety of its young cast is superb with particular mention going to John Gordon Sinclair’s portrayal of Gregory who accurately captures the pains of being pure at heart, or at least adolescence. Caught up in the spills of unrequited love, charmingly awkward, and with an incomplete knowledge of just quite how the world works, these are all themes with which both teenagers and adults can relate and garnered the film critical and public acclaim at its time of release which continues to the present day.

Just two years after Bill Forsyth’s glowingly received Gregory’s Girl came Local Hero. The story centers on an American oil trader named ‘Mac’ McIntyre (Peter Reigert) who is sent by outlandish CEO Felix Happer (Burt Lancaster) to the fictional Scottish coastal town of Ferness to enter into negotiations with the local community. His task is to purchase the village and surrounding properties to make way for a new oil refinery. As charming as Gregory’s Girl, it’s the unfolding development of McIntyre’s personality, and that of the townspeople of Ferness, from which the film draws it healthy beating heart.

From arguably the greatest British director of all time comes one of the best British films of all time, loosely based on John Bucan’s spy thriller of the same name. After a chance encounter with secret agent Annabella Smith (Lucie Mannheim) everyday action man Richard Hannay (Robert Donat) becomes embroiled in a mission to retrieve vital British intelligence documents and uncover the mystery of The 39 Steps. In typical Hitchcockian devilishness, myth and rumour surround the production of The 39 Steps. Apparently pretending to lose the keys when actors Robert Donat and Madeline Carroll had to be handcuffed together for a number of scenes, Hitchcock carried on the scheme for hours in order to get his actors into the required mind set of fugitives on the run. With the usual suspense, intrigue, and mirth, and as a test pilot for later  works Saboteur (1942) and North by Northwest (1959), The 39 Steps is another faithful Hithcock classic, and an important piece of British cinema history.

Long before Scottish national treasure Maggie Smith was transfiguring into a furry feline or getting her kicks at Gryffindor quidditch matches, she played another classic teacher, for which she won the Academy Award for Best Actress, in The Prime of Miss Jean Brodie. Charting the rise and fall of the titular character’s teaching career over several years at a highly conservative all-girls school in 1930s Edinburgh, Maggie Smith takes to role of Miss Jean Brodie with all the tenacity for which she is famous. And while a little more realistic than chanting incantations in the halls of Hogwarts her performance is no less magical. A truly wonderful piece of Scottish film.

In this gritty tale, Ken Loach offers an alternative take on growing up working class in Scotland’s largest city. With over 330 swear words and subtitles for those not familiar with a thick Glaswegian accent, Loach attempts to offer a more honest approach to Scotland’s social ills depicting typical juvenile delinquent Liam and his strained attempts at creating a better life for himself and his mother. The young cast is primarily made up of amateur actors, most who had never acted before from deprived areas in which the film was set. Loach manages to get the best from his actors here, although sometimes it’s difficult to tell whether they are acting or are simply being themselves.

The first film in Danish director Lars Von Trier’s ‘Golden Heart Trilogy’ which also includes The Idiots (1998), and Dancer in the Dark (2000), Breaking the Waves reveals Von Trier’s early audaciousness and his genesis prior to becoming one of Europe’s most controversial and maverick auteurs. Using aspects from the Dogme 95 movement (of which Von Trier was a leading proponent) including hand held photography and a use of natural light Von Trier attempts to draw the audience into a realistic cinematic environment which is complemented by his patient storytelling and development of characters. Despite the humble cinematic techniques Von Trier manages to create a grand and sweeping tale of love and tragedy which belies his latter day reputation for perversity.

Maybe one of the only films to embrace the use of an exclamation mark, Whiskey Galore! has to surely be imagined shouted from a raucous yet charmingly dapper gentlemen from a PG Wodehouse novel. A shower of Jeeves and Wooster-esque mayhem, this 1949 Ealing comedy film depicts a shipwreck near a Scottish island and the attempts of islanders to pinch the ship’s cargo of whiskey. The directorial début from Alexander Mackendrick, you can find his stamp on later works The Man in the White Suit (1951) and The Ladykillers (1955).