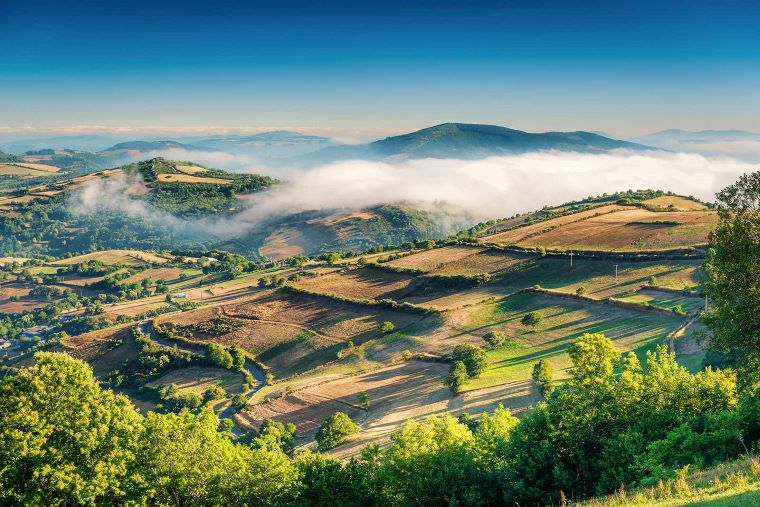 Known as the Celtic Kingdom of Spain, Galicia is a place full of mystery and history. If you are planning a visit, be sure to take in these treasures.

La Coruña: Past and present get together in this open-minded city which receives tourists as if they were natives. Here the main sights are the Hercules Tower, an ancient Roman lighthouse still at work; the romantic Old Town, the impressive Palace of Maria Pita that functions as the Town Hall and the relaxing Sea Front that hugs the extensive city coastline. Immerse in the past with a visit to the Historical Museum of San Anton’s Castle.

Pontedeume: Close to La Coruña is the coastal and historical market town of Pontedeume. A must-see area is the River Eume. Follow the narrow road by its banks and get to the Caaveiro Monastery which was founded in 936 and recently restored. It is set at the top of a hill with breathtaking views of the river and the forest around it.

Santiago de Compostela: Santiago is the capital of Galicia and one of the best preserved medieval towns in Spain. The Old Town is an open-air museum of architecture and art. The Romanesque Cathedral deserves a slow-paced visit to admire its breathtaking interior and the crypt where St James is alleged to be buried. This temple is the centre of a pilgrimage phenomenon that takes places every year and mostly when St James day, 25th July, falls on a Sunday.

Baroña: Come to Baroña, in the Council of Porto do Son, to enjoy impossible white sand beaches and the remains of a Celtic settlement by the sea. 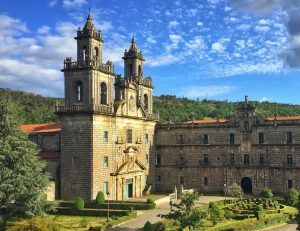 Oseira: Inland in the province of Ourense there is the old monastery of Oseira which is still inhabited by monks and was recently restored and open to the public. It is situated in a valley surrounded by hills that give the place an air of quietness and tranquility. Coming from Santiago it is possible to visit an old manor house, the Pazo de Oca, whose gardens were dubbed the Versailles of Galicia.

La Toja Island: Off the coast of El Grove, a shellfish heaven, there is easy access by bridge to the island of La Toja. Two things are worth a visit: the chapel covered in sea shells and the spas.

Cambados: This town is considered to be the capital of Albariño wine county. Avoid the cheap stuff and pay around £6 or more for a good quality bottle of Albariño wine. Cambados’ architecture is reminiscent of a wealthy medieval past. It is recommended to see the town on foot to fully appreciate its beauty.

Tui: The origin of Tui dates back to the Romans. The town has maintained its ancient beauty. The Cathedral stands on top of a hill looking around the valley and across the River Miño to Portugal. A shopping visit to the Portuguese town of Valença on the other side of the river is a must.

Vigo: This is the biggest city in the Autonomous Region of Galicia. It is a highly cosmopolitan place due to its University and its close proximity with Portugal. The shellfish and fish marked is very good and they oysters are superb.

Eating: And now to probably the most important Galician activity! Galician gastronomy is one of the best of Spain thanks to its high quality beef and unparalleled fish and shellfish. People from Galicia are very proud of the variety of their food and the world acclaimed quality of their wines. It is important to leave time during every visit to sit down and enjoy the food and wine Galicia has to offer.