Tweed Stands the Test of Time 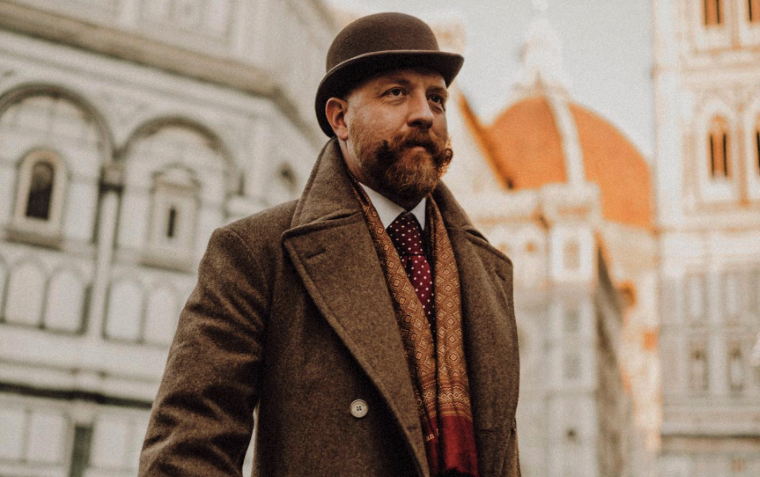 Tweed has a longstanding, romantic history, dating back to 18th century Scotland.

The term “tweed” was coined accidentally in 1826 due to a misread label on a shipment from weaver William Watson & Sons that read “tweel”, the Scottish word for twill; coincidentally appropriate as the fabric was worn by gentlemen shooting or fishing near the River Tweed.

A symbolic style was born, and the rest is history, with tweed becoming a classic Scottish material that is known around the world.

Here, we’ll explore the history of tweed and how it came about to be one of the most iconic fabrics in the fashion industry, beginning as protection against the harsh winters and becoming a sophisticated, high-class material worn by royalty, as well as the complex tweed making process.

Originally, tweed was crafted from the land for practical peasant wear for outdoor work such as farming on remote islands, which were faced with harsh and volatile weather.

Naturally, wool repels water; with its thick and coarse texture it is particularly durable and insulative.

It emerged as a cottage industry in Hawick that used wool from local sheep and the reliable supply of water from the local River Teviot.

As it is produced from natural wool, each tweed garment is unique – by choosing different breeds of sheep, garment makers can plan a design and pattern that will emerge naturally.

Not only appreciated for its protective characteristics, tweed is also favoured for the skilled blending of earthy colours from the natural surroundings.

From there, bunch-dyeing offsets the iconic tweed patterns that we know today. 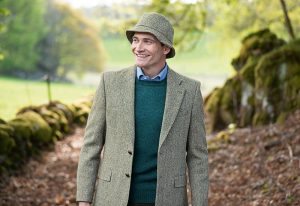 How did the farmer’s favourite become so popular?

In the first part of the 19th century, money was becoming an issue for many Highland lords, whose properties interested the likes of many English noblemen and aristocrats.

As the market to rent or buy Scottish country estates grew, so did the camouflage fashion for hunting, shooting, and fishing activities.

Lord Lovat created the Lovat Mixture as “a protective colour designed for use in the hills”.

This particular mix, still very popular today in various forms, dates back to his original instructions given in 1840, where five colours and white were carded together to make a camouflage yarn ideal for stalking deer on Highland estates.

As it would’ve been considered offensive for an English noble to wear the tartan of an existing clan, Prince Albert commissioned the production of his own Balmoral tartan in grey and granite tones with hints of blue and red in commiseration of Highland tradition and woven as tweed.

And so, the first estate tweed was born, used to identify and feed people who lived and worked in the same estate.

Subsequently, it became custom for other estate owners to commission their own design of tweeds, which echoed across other wealthy and noble members of society, becoming fashionable garb for the upper and middle classes.

Tweed was also worn by Sir Edmund Hillary and Tenzing Norgay on the first ascent of Mount Everest, a testament to how well the material isolates against harsh cold weather.

Now, a broad selection of sophisticated tweed pieces are sold around the world such as tweed waistcoats.

Notably, Coco Chanel’s couture jacket – produced from Linton tweed – has become a timeless classic decades after its introduction in 1954, and now one of the most desired pieces of clothing that is reinvented each year.

Fortunately, wool is one of the most sustainable textile fibres and makes little damage to the environment, as well as being biodegradable. 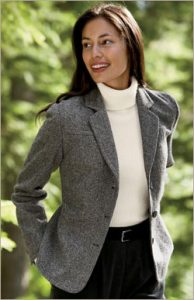 In the current days’ need to seek sustainable fashion, tweed is known as an environmentally friendly fabric and is subsequently expected to pass the test of time.

There are different varieties of tweed, including Harris tweed, a complex design in which the weaver has to tie in more than 1,400 threads by hand.

Harris tweed is underpinned by the 1993 Harris Tweed Act: to be the genuine article of clothing, the fabled fabric must be made from pure virgin wool, handwoven at the home of the weaver in the Outer Hebrides, and then returned to the mill where it is authenticated by a stamper with the orb trademark to protect the integrity of the product.

The Harris tweed orb is the oldest British trademark in use, dating back for more than a century.

Heriot-Watt University’s School of Textiles & Design has collaborated with Harris Tweed Hebrides to develop woven fabric to be used for interiors and fashion, introducing design practices and technological innovation.

“Thanks to our reputation in the global textile sector, we’ve built up a track record of success in collaborations of this kind, developing creative talent, contributing to textile technology advancements and building the commercial potential of new products, so we’re very much looking forward to this opportunity to work with one of the world’s most iconic textile brands.”

This is indeed an industry that has a long and distinguished story to tell.

With a royal history that propelled tweed into luxury fashion worn by aristocrats to fashion conscious customers, tweed truly has stood the test of time.