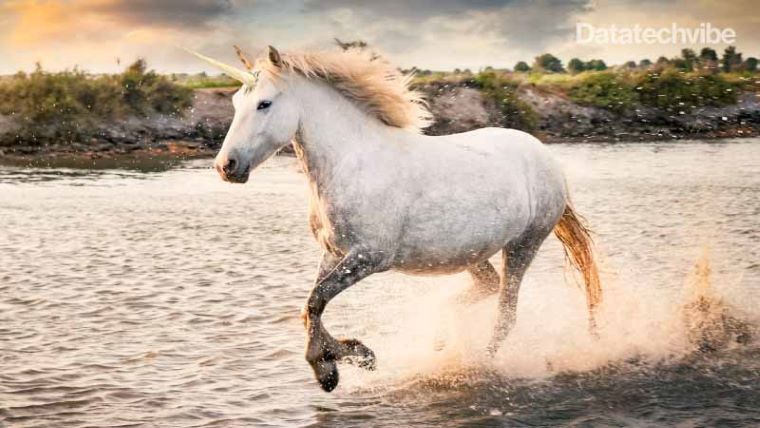 Scotland is a magical place filled with all the wonder and beauty of its Celtic past. But this passion for mythology goes further than usual in Bonnie Scotland – even the official national animal comes straight from legend! The fantastic unicorn is a powerfully symbolic creature and the selection of this special creature as a symbol for Scotland tells us a lot about the character of the Scottish people. Today, let’s look closer at the history of the unicorn, its symbolic meaning, and why it was chosen to represent our wonderful nation!

Unicorns, and unicorn-like creatures, have existed in myths across the globe for thousands of years – appearing in writings and art from locations as exotic and far apart as Greece, India and Ethiopia. In its original descriptions, it is portrayed as just another unusual type of animal – albeit one with strange abilities! One such description comes from the Alexandrian merchant Cosmas Indicopleustes, whose states in his writings on the flora and fauna of 6thcentury India that the unicorn was a fierce beast who, when cornered, would jump from a cliff rather than allow itself to be caught, landing on the tip of its horn to prevent injury to its body! During this time depictions of the unicorn in art and sculpture vary from being very similar to the one-horned horse image we are used to seeing today, to showing creatures that clearly have far more in common with goats, antelope or even oxen!

During the Middle Ages, unicorns became strongly associated with the virtues of purity, joy and healing and nurturing influences. As a result, they were commonly used in medieval artistic depictions to signify the presence of virgins, especially the Virgin Mary, in the artwork. One specific legend of the time stated that only a noble young virgin could catch a unicorn, and that the otherwise fleet-footed and freedom-loving creature would be so enraptured by such a maiden, that it would go to her willingly and fall asleep with its head in her lap, causing it to be captured. Also around this time, the medicinal use of unicorn horn, a substance known as alicorn, became popular in certain circles, with proponents claiming that the powdered horn, with its qualities of purity and healing, could cure illnesses and be used to detect poison. Of course, as we know now that unicorns are mythical, these substances were not actual unicorn horn, but probably ground narwhal or rhinoceros’ horn. 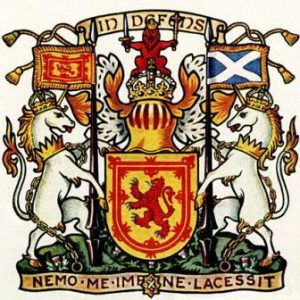 The Celtic mythology of Scotland recognized these qualities of the legendary unicorn as well, and the wild freedom, proud intelligence, pious purity and courageous beauty of the creature seemed to sum up the Scottish people very well! From the fifteenth century onward the unicorn begins to appear in royal documents as a symbol of the nation, first on gold coins, then as a central image on the Royal Coat of Arms. Originally this showed two unicorns as flag bearers, one holding the Saltire and the other the Lion Rampant, but, as a nod to the union between Scotland and England, this later changed. The new version of the coat of arms still showed a unicorn holding a St Andrews flag on the left, but its twin on the right was now replaced with the English lion, holding aloft the flag of St George.

The unicorn as it is depicted as a symbol of Scotland is not just a horse with a horn however. In a nod to the earlier illustrations of the beast, the Scottish unicorn has a horse-like head and body, but the beard and cloven hooves of a goat, with a tufted tail like a lion. Additionally, the unicorn is bound by a golden chain round its neck which winds all round its body. This device in heraldry informs the viewer that the beast depicted is seen as wild and dangerous, as the unicorn was in ancient times. The fraught relationship between Scotland and England throughout the generations, however, gives this an ideal (if accidental) additional symbolism for the Scottish people, who have long had a history of fighting for their freedom.

This constant battle between Scotland and England was immortalized in a children’s poem titled The Lion and the Unicorn, making further reference to each nation’s most recognizable symbols. But despite the unicorn still being chained in the heraldry, many people of Scotland still hope to one day break the golden bonds and take back true freedom for this nation. Others don’t feel this is necessary and are happy with the status quo with our neighbours and friends – but regardless of political leanings is it easy for everyone to agree that the unicorn is a perfect and beautiful emblem of Scotland; proud, beautiful, strong and brave!